Perovskite solar cells have taken a giant step against their weak point: durability 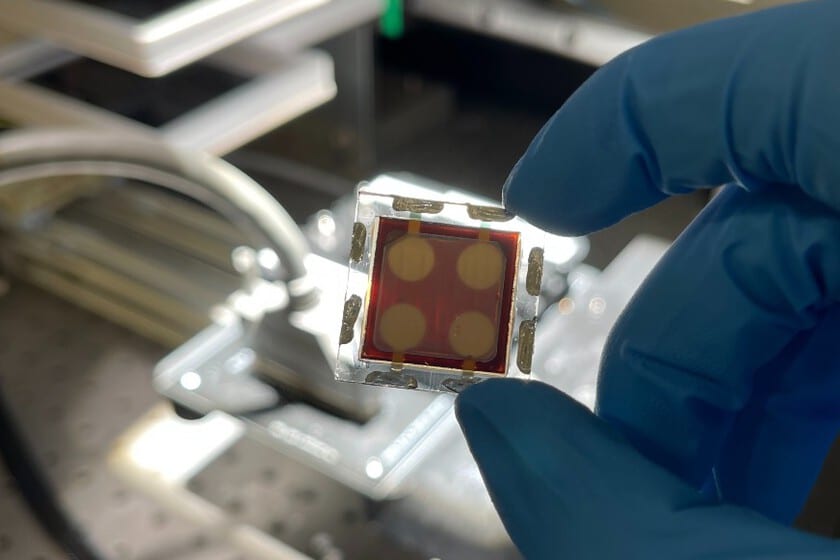 In the field of photovoltaics, silicon is king. Without discussion It is estimated that crystalline silicon solar cells represent close to 95% of the photovoltaic market, an overwhelming percentage that hasn’t stopped researchers from innovating in search of higher performance quotas. If what we are talking about are promises and expectations, however, the leading role probably belongs to other materials: for many the “holy grail” of photovoltaic technologies because of its “optimal” properties to convert solar energy into electricity. Perovskite family.

It has evolved over the years noticeable and quick, especially when compared to the very slow speeds that silicon experienced for decades. “When the first solar cell made of perovskite was published in 2009, an efficiency of 3.8% was reported. This is a very small number. Also, it got worse within hours. Right now they are at 25.5% and they do not degrade in hours ”, explained in 2021 Ignacio Martil de la Plaza, professor of electronics at Complutense.

Far from stagnation, development continues, both in terms of perovskite cells and “tandem” devices that combine them with other silicon-based ones. However, to clear his future, he needs to make progress on several key fronts: improving his stamina, performance and duration. A group of scientists from the University of Oxford, together with other Australian and US colleagues, have taken a significant step in bringing the durability of perovskite solar cells closer to that of silicon, a major achievement.

“If it doesn’t last, it won’t be worth that much”

Their new contribution goes not through focused improvements on the material or design of the plates, but through a method of making stable perovskite cells, with fewer defects and—perhaps most interestingly—the ability to compete. durability of silicone,

The key is how they are made: removing the dimethyl sulfoxide solvent and introducing dimethylammonium chloride, a small change that allowed the researchers to improve their control over intermediate steps of the crystallization process. result-they specify in science daily– are “high quality thin films with fewer defects and greater stability”.

To see how effective the method was, the scientists experimented with a sample of 138 devices, which they tested with the accelerated aging process at real temperatures and conditions. The results invite optimism. perovskite cells that they created with the new synthesis process “greatly exceeded” to the control group and demonstrated their ability to resist heat, humidity and radiation.

The breakthrough is key to improving the efficiency of perovskite cells and creating “tandem” devices that combine perovskite with silicon even more attractive. “It’s very important that people start to realize that performance is worthless if it’s not stable. If the device lasts a day or a week or something like that, it’s not going to be that valuable. It’s also going to last for years.” is”, reflects Philipp Holze, a student at the University of Oxford and co-author of the work. The full study, directed by Professors Henry Snaith and Udo Bach, of Oxford and Monash respectively, can be consulted in full in the prestigious journal. nature material,

What exactly did the tests show? that when the prototype was subjected to over 1,400 hours in simulated sunlight conditions at 65ºC, the best of the devices operated for over 1,400 hours above the T80 limit, indicating a common industry benchmark time . It takes time to charge a solar cell down to 80. % of its initial efficiency.

when the scientists are gone 1600 hours They checked out other interesting answers: The control devices they made with the traditional method – using dimethyl sulfoxide – stopped working, while those made with the newly improved design retained their original properties even under accelerated aging conditions. Maintained 70% of efficiency. The performance of the new cells also improved over the performance of the control group when subjected to a temperature of 85ºC.

With the data already on the table, the researchers concluded that the new cells age by a factor of 1.7 for every 10ºC increase in temperature to which they are exposed, which is close to the increase expected for commercial silicon devices. “We have provided the research community with another way to manufacture high-quality perovskite solar cells,” they claim from Skimex, which emphasizes that the new method is “the first way to make a durable and efficient perovskite photovoltaic on an industrial scale.” points to the “way of”. ,

Semiconductor films made from perovskite compounds stand out for their flexibility and cost, among other factors, and in the last few years researchers have made progress in improving their efficiency. Recently, in fact, a group of scientists from the Helmholtz-Zentrum Berlin (HZB) he set a record 32.5% efficiency has been achieved with “tandem” solar cells made of silicon and perovskite, but major challenges remain to be resolved, such as their degradation rate under real-world conditions compared to silicon cells.

Now experts have managed to move forward on that fundamental path.