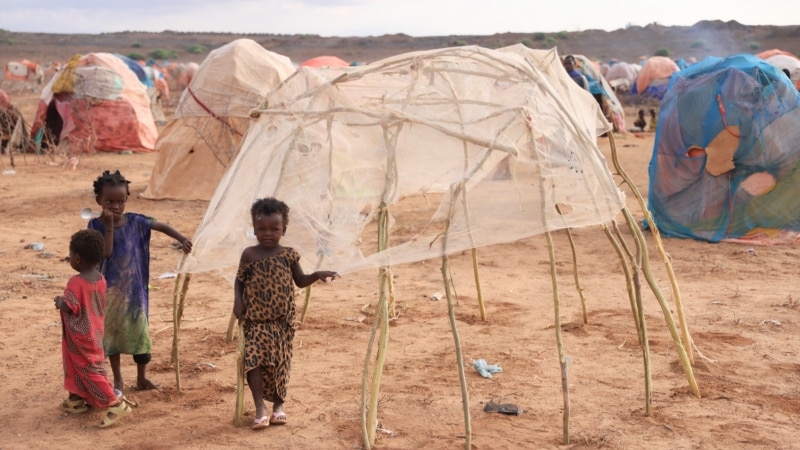 Droughts are nothing new for the Horn of Africa, but experts say records of crop and cattle deaths in Ethiopia, Kenya and Somalia have underscored the increasing frequency of droughts caused by climate change.

In Ethiopia, the United Nations World Food Program is not only feeding those affected but also working to help drought-proof communities in the long run.

Havo Abdi Wole has faced many droughts in his 70 years of life. But so far, she said she has never seen four consecutive rainy seasons fail. Wole said he has noticed a huge difference. He said that in the early years people used to see more rain and the animals produced more milk. Now there’s a big, big difference.

The World Food Program is helping his village not only survive the crisis but rebuild it in the long run.

The group is digging a meter-wide, semi-circular hole in the barren soil to hold runoff water when the rains return so that grass can grow more effectively and people can feed their live animals.

There is a dire need for forward-looking interventions. Scientists say climate change is to blame for these more frequent, severe conditions.

“The climate of the region is driven by what is happening in the neighboring ocean,” said Abubakar Salih Babikar, a member of the World Meteorological Organization in Ethiopia. “There are studies that indicate this is the world’s fastest warming part of the tropical ocean system. So, it has been warming rapidly during the last 100 years. And this warming, as I said… it was … it is associated with the dryness of the March-June season.”

Flooding also results when the rain comes back. These events are not just examples of climate change, but inequality, said Habtamu Adam, a climate policy expert in Addis Ababa.

“When you compare emissions levels to our contribution to climate change, it’s pretty incomparable because most of the emissions are emitted from developed countries,” he said.

Yet developing countries like Ethiopia do not have the funds to fight the effects.

The World Meteorological Organization estimates that sub-Saharan Africa will need up to $50 billion annually to adapt to climate change. Without it, the number of people displaced and in need of aid will continue to rise, said Ali Hussein, who is with the World Food Program in the Somali region.

“We need to build community resistance to these tremors and, along that line, we want to place greater emphasis on these revitalizing activities, such as the half-moon, to rehabilitate this arid desert region to become a green land in the future. : to generate, which can be more useful to both the communities as well as the livestock,” he said.

These projects around the Somali region are showing success and can be replicated to help more people.

Ibrahim Kurbad Farah is a village elder who has restored his land with the construction of a channel that is effectively diverting streams and rainwater. He said that he has got many benefits. They are now able to farm and use grass for livestock as well as thatch for their homes. He said that they also use the water for drinking, especially for livestock.

While adaptation is critical to the health and survival of communities, climate scientists warn that reducing emissions is a priority in preventing worse conditions in the future.