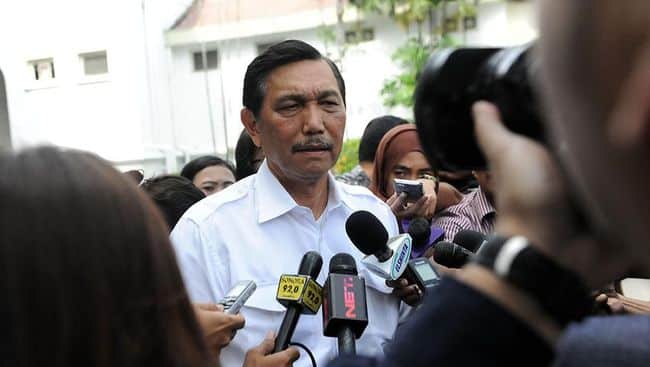 Bali, CNBC Indonesia – The government is just waiting for the time to raise the price of fuel oil (BBM), specifically for specified fuel types (JBKP), namely pearlite and certain types of fuels such as subsidized diesel. Reportedly, the new prices of the two gasolines will be effective in September 2022.

In response to the planned increase in fuel prices, the Coordinating Minister for Maritime Affairs and Investments (Menko Marwes) Luhut Binsar Pandjaitan was reluctant to comment further.

He just said “For fuel, we are waiting for the President,” Luhut explained after inaugurating the Danone Indonesia-built Solar Power Plant (PLTS) in the factory area owned by Danone-Aqua Mumble, Badung Regency, Bali.

Irto Ginting, Corporate Secretary, PT Pertamina Patra Niaga, said the same thing. He also could not confirm when the new prices for the light and solar subsidies would be implemented. For now, they are awaiting the verdict.

“There is no information (increase). In principle, we as operators will carry out the tasks assigned by the regulator,” Irto told CNBC Indonesia, Wednesday (31/8/2022).

As is known, currently, the price of petrolite fuel sold at gas stations is only Rs 7,650 per liter, while the cost of subsidized diesel fuel is only Rs 5,150 per litre. “There are many options (fuel prices) that the president has to decide,” a source was quoted as saying by CNBC Indonesia on Wednesday (31/8/2022).

Unfortunately, only President Jokowi knows the exact timing of the pearlite fuel price hike and solar subsidy. This is because in a limited meeting(s) at the State Palace, Monday (29/8/2022), President Jokowi did not announce when it would be announced. “All the participants who attended last (night’s) meeting with the President were also not informed,” he said.

Are Pertalite Fuel Prices Ready to Rise? What did the Minister of Energy and Mineral Resources say