Peru: Pedro Castillo beheads police leadership. After a raid on the President’s residence on charges of corruption against a relative 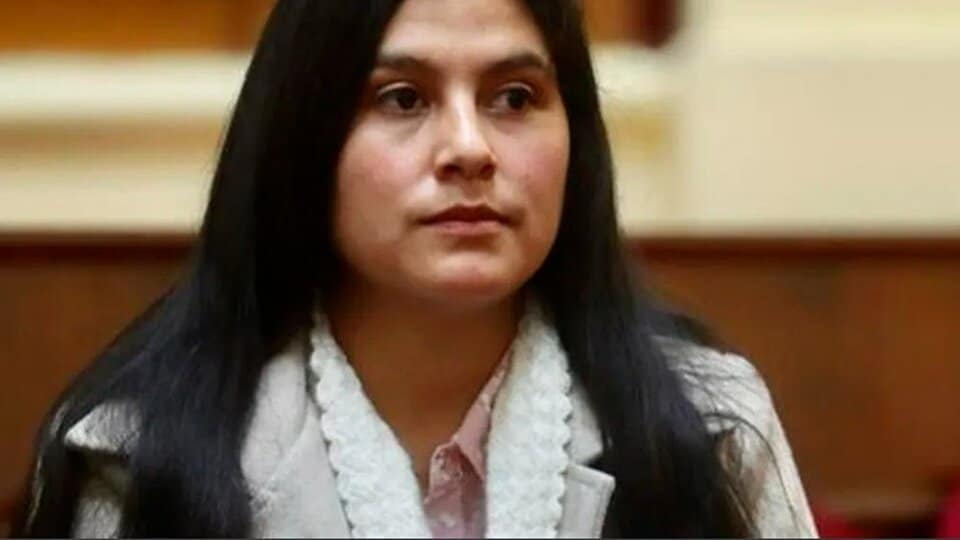 President Pedro Castillo changed the leadership of the police this Saturday, amid protests from the government over a judicial raid on the presidential residence on August 9 and calls for the retiring of the police colonel who led that raid. The three highest positions in the Police Institute have undergone changes: the Headquarters and Inspectorate of the General Command and General Staff. This new police leadership will have to decide with a court order the origin of the government’s charges against the police colonel who entered the presidential residence. One of the new high-ranking police chiefs appointed by Castillo is accused of belonging to the death squad and stealing gasoline from the institution.

Prosecutors accuse the head of state’s sister-in-law of serious collusion, money laundering, and belonging to a criminal organization that “from the highest level of power” to arrange tenders for public works in favor of friendly businessmen and to profit from it. ” Worked. benefits received by them. Prosecutor Jorge García assured that President Castillo headed that alleged criminal organization.

Prosecutors also charged First Lady Lilia Paredes and the president’s two other brothers-in-law Walter and David Paredes, whom they have requested to obstruct them from leaving the country. The mayor of the District of Anguía, a small rural Andean town in the Chota province, in the Cajamarca region, where the presidential family lived until their move to the Government Palace, is also accused. Like Castillo’s sister-in-law, Mayor Jose Medina, a countryman and friend of the president, has been detained this Sunday pending resolution of a request for preventive detention against him.

for raiding the presidential residence to arrest Castillo’s sister-in-lawThe president’s lawyer, Eduardo Pachas, condemned Colonel Harvey Colchado, who led the police team that took part in that operation, before the police inspectorate for “excesses” in the intervention, which the lawyer described as “illegal”. He asks for his retirement pass, a decision that underpins a previous internal investigation by the police. Lawyers explain that the colonel intimidated the personnel of the presidential residence and at the end of the process he tore the record of the search “because what he did was illegal.”

That the change in high-ranking police officers comes at a time when a decision by the police leadership should be taken on a complaint by the President’s counsel against the colonel who had taken the lead in the raid on the presidential residence, raised sharp questions against the government. He is accused of making these changes to deliver a verdict in his favor. The president, weakened and controlled by criticism and allegations of corruption, has opened a new front. Responding to the criticism, Deputy Minister of the Interior Abel Gamra recalled that the president has the legal power to make these changes. Describing the changes as “normal when the minister changes”, he has sought to reduce the removal of the police leadership. With this he pointed to the appointment of a new Home Minister on 19 July.

The dismissed General Commander of Police, General Luis Vera, who had taken office only three months earlier, has been replaced by Inspector General and institution number three, General Raul Alfaro, thus becoming the fifth Chief of Police. Thirteen months of Castillo government. Unusually high turnover in the position. The new Inspector General of Police, General Segundo Mejia, who would decide on the President’s complaint against Colonel Colchado, was born in a small, like Castillo. The new head of state, General Vicente Alvarez, faces a criminal charge for murder for participating in a police death squad that operated between 2012 and 2016. This group of police officers murdered suspected criminals and then presented those deaths as the product of a confrontation. which had not happened.

Simultaneously he demanded to earn points for climbing. The death squad was disbanded at the start of the government in August 2016. Peter Paul Kuzynski, That month, General Alvarez retired and was condemned by prosecutors for the murder. Alvarez, the former chief of the counter-terrorism police, is also condemned for stealing gasoline destined for that police unit. Despite these serious allegations, Alvarez received a court order in October 2020 to be reinstated to the police in January of this year. Now Castillo has promoted him to the second highest position in the police institution.

Hina’s mother and Iriana Jokowi spit, this is Gibran’s answer

MLB, players in ‘deadlock’ in 95th day of lockout

Invest with inflation. While the Dollar Breathes, We Shouldn’t Neglect the Peso

Experts estimate there may be 8 endangered porpoises living in Mexico

England: Seventy Years of Disaster and a Cover-up | During the long reign of Elizabeth II, the British Empire left another “legacy”.

49 years after the coup, Boric agrees to search for the missing. Tribute to the victims of the Pinochet dictatorship in Chile

The body of Elizabeth II began to be transferred to London. Funeral will be on Monday 19 September

Latin America: The Anatomy of a Second Wave of Progressive Governments | Opinion

A Bolsonarista stabbed a follower of Lula to death. This is the second politically motivated murder in Brazil in recent months.

How many times has Canada not been to the World Cup?