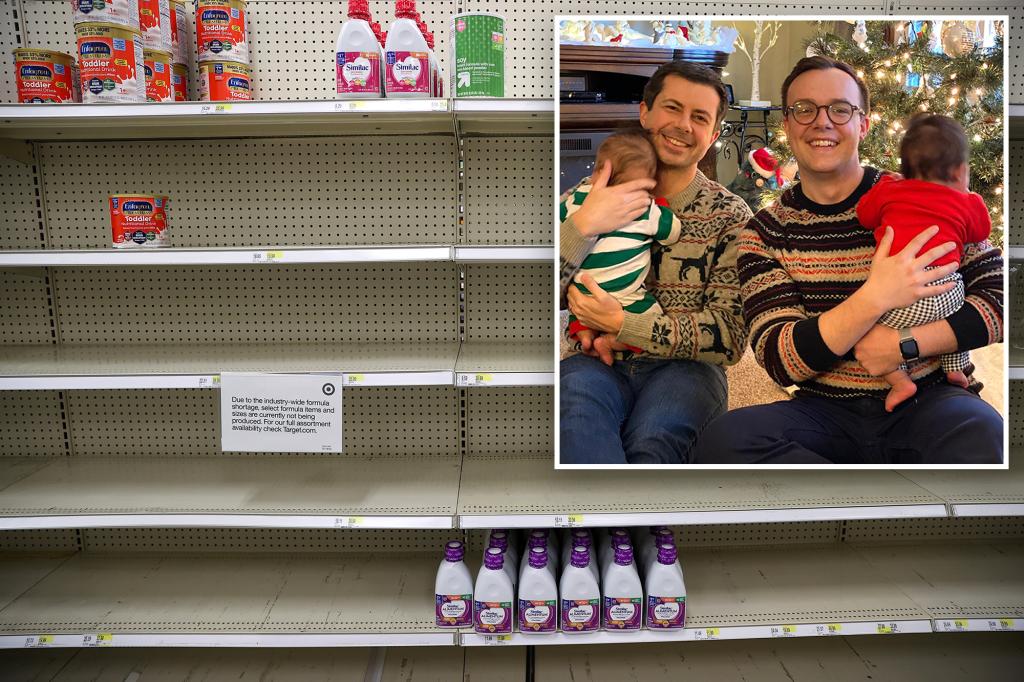 Transportation Secretary Pete Buttigieg has admitted having to take desperate steps to find baby formula for his own baby twins because of the supply crisis that is being blamed on his own administration.

“This is very personal for us,” the 40-year-old senior government official told CBS News’ “Face The Nation” Sunday, referring to how the formula shortage was a struggle for him and his husband, Chasten Buttigieg.

“We’ve got two nine-month-old children,” he said of twins Penelope Rose and Joseph August, whose birth created a political firestorm when he took extended paternity leave despite the crippling supply-chain crisis.

“Baby formula is a very big part of our lives. And like millions of Americans, we’ve been rooting around stores, checking online, getting in touch with relatives in other places where they don’t have the same shortages to see what they can send over,” he said.

After the desperate out-of-state and online search, Buttigieg and his husband “figured it out,” he said, without revealing his newfound source of the sought-after baby food.

“We’re all set, at least for now,” he told Margaret Brennan.

“But I think about what that would be like if you’re a shift worker with two jobs, maybe you don’t have a car,” he admitted of the desperate tales of those terrified of being able to feed their tots.

“You literally don’t have the time or the money to be going from store to store. That’s why this is such a serious issue.

“And that’s why it’s getting attention at the highest levels, including, of course, direct involvement by the president,” he said.

Despite his own family’s struggles, the transportation secretary refused to accept that the administration carried any blame for the crisis.

Former Food and Drug Administration head Scott Gottlieb insisted on the same show that “more aggressive action” should have been taken after whistleblowers warned of problems at the Michigan plant of Abbott Nutrition, which then recalled several brands of formula in February.

Buttigieg insisted that “the administration acted from day one after the recall” and should not be responsible because it’s “a capitalist country.”

“The government does not make baby formula, nor should it. Companies make formula,” he told the Sunday news show.

“And one of those companies — a company which, by the way, seems to have 40 percent market share — messed up, and is unable to confirm that a plant, a major plant, is safe and free of contamination,” he said.

That shut down was the “responsibility of the company,” he insisted.

Study: Half of US cosmetics contain toxic chemicals

Preto: ‘Tonight we showed our face’