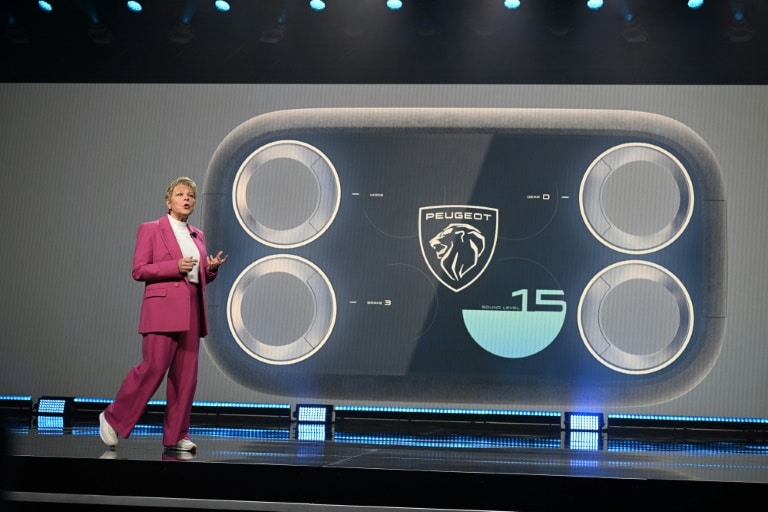 The vehicle, named Inception, is still a concept, but some of its technologies will gradually be incorporated into new models from 2025-2026, such as the HyperSquare command center, he explained.

In place of a traditional steering wheel, this rectangular object with a screen works by touch with simple clicks or lateral movements, like in a video game. It no longer directs the car via a physical steering column, but via electric controls.

Jackson explains, “A new generation of customers comes along, young, accustomed to using smartphones (…) and we have to adapt to the times.”

“Of course, we try to satisfy our existing customers, but we also want to attract new ones.”

Shown at the Consumer Electronics Show (CES) technology fair in Las Vegas, considered a global showcase for technology, it is one of the reasons why Peugeot chose this vibrant American city to present its prototype.

Jackson says, “Cars are no longer a matter of mechanics, but software (…) of how to manage them.”

But Peugeot has no plans to return to the United States, where it hasn’t built cars since 1991.

Following the Peugeot parent company’s 2021 merger with the Fiat-Chrysler (FCA) group, with a strong presence in the United States alongside Chrysler and Alfa Romeo, the idea has been dropped – “for sure” he said – As a prospect in 2016.

Jackson stressed that the group is looking to expand its presence away from its stronghold, Europe, specifically in South America, the Middle East, Africa, India and the Asia-Pacific region.