Pharmacists are in limbo under Texas abortion laws 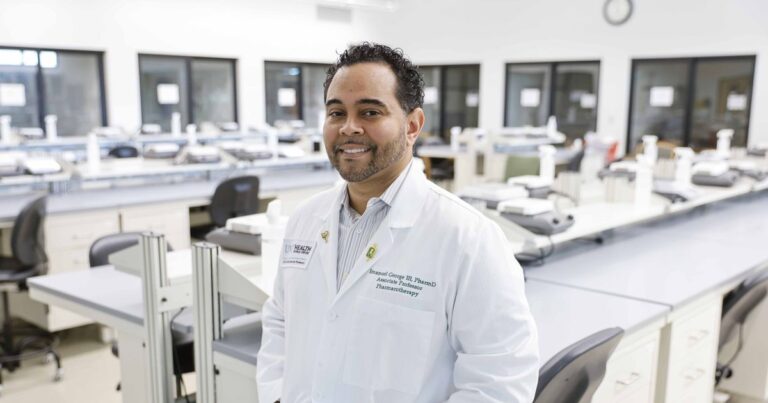 As professionals in the highly regulated pharmaceutical industry, pharmacists are comfortable within the confines of the rules. Each drug comes with restrictions on who can get it, what conditions it can treat, and in what dosage it must be given.

However, the vague language of Texas abortion laws, accompanied by the reversal of Roe v. Wade on behalf of the Supreme Court, has pharmacists floating in a gray area as they worry about whether they could end up in the crosshairs of the abortion debate.

Fear of civil lawsuits, and even criminal prosecution, has pharmacists holding back while dispensing medications that have the potential to induce abortion, including misoprostol, mifepristone, and methotrexate. Some pharmacies require additional medication usage verification, while others have placed blanket pauses on certain prescriptions.

The new reality could sour the relationship between patients and pharmacists, who are some of the most accessible health care providers in the United States, experts said.

“Health care providers have been on high alert and holding our breath to see what’s next,” said Ashley Garling, a clinical assistant professor at the University of Texas College of Pharmacy at Austin. “For health care providers, it’s not about judging. We do not judge why you are here to see us. We just have to save lives and try to make people as healthy as possible.”

Since Roe’s fall on June 24, patients in several states with strict abortion laws, including Texas, have taken to social media to call out pharmacists for refusing to fill certain prescriptions, even when used for reasons other than initiate an abortion.

Garling, who has been a practicing pharmacist for more than 15 years and has worked in pharmacies since she was 16, wondered if she might be responsible for filling a potentially abortion-inducing prescription.

“I sat down and thought about it for quite a while,” he said. “I heard colleagues ask, ‘How do you feel about this? Would you fill this? Should we fill this out?’”

These questions were circulating among pharmacists months before Roe was struck down. Senate Bill 4 was signed into law in December, making it a felony to dispense misoprostol, mifepristone, and methotrexate for the purpose of inducing or assisting in an abortion.

And Senate Bill 8, known as the Texas Heartbeat Act, allows civilians to sue anyone who “knowingly engages in conduct that aids or abets in the performance or induction of an abortion.”

The language in both laws is broad, leaving room for interpretation. In SB 4, the word “intent” has the potential to cause legal problems for pharmacists and other health care providers, said Tom Mayo, a Southern Methodist University law professor and an expert in health care law.

Under the law, a drug is considered an “abortion-inducing” drug if it is administered with the intention of terminating a pregnancy.

“It is very difficult to define a drug, which has a chemical name and chemical properties, in terms of the intent of the person providing it, and it creates some real difficulties in reading the statute,” he said.

Methotrexate, for example, can be used to medically induce abortion, but it also serves as a treatment for conditions ranging from cancer to rheumatoid arthritis to psoriasis. Misoprostol, commonly used in abortions, can also prevent stomach ulcers, induce labor and treat postpartum bleeding.

Lawyers seeking to prosecute a health care provider for administering a drug that can lead to abortion would have to test that professional’s thought process.

“If they don’t have the required intent, then it’s just a stomach acid drug or a leukemia or rheumatoid arthritis drug,” he said. “I have no idea how a judge would resolve that.”

To avoid legal liability, some pharmacies have placed a general pause on the dispensing of certain medications. That prompted significant backlash online from rheumatoid arthritis patients (there have been dozens in multiple states, Reuters reported) struggling to access methotrexate.

Other pharmacies require the use of diagnosis codes that indicate why a doctor prescribed the drug.

The locally owned Tarrytown Pharmacy in Austin decided to require approved diagnosis codes showing the drug is not being used for an abortion. If a doctor doesn’t include a code, Tarrytown pharmacists call the doctor to clear it up.

In Texas, pharmacists can refuse to fill prescriptions for a variety of reasons, including concerns that the medication will interact poorly with another medication or indications that the prescription was not written by a physician.

“If a doctor is not willing to provide that diagnosis code, then it will be our responsibility,” said Rannon Ching, the pharmacist in charge of Tarrytown. “At that time, our policy is not to fill it out unless we have a diagnosis code that is not for an abortion.”

Preventive defense against criminal prosecution can provide pharmacists with much ease. The Heartbeat Act’s reliance on civil reporters means anyone can bring a lawsuit against a pharmacist for dispensing abortion-inducing drugs.

Even if the lawsuits are baseless, the threat of going to court can be jarring.

Some pharmacists fear that someone will overhear them advising a patient about the use of controversial drugs and sue without knowing the situation, said Emanuel George, an associate professor at the University of North Texas Health Sciences Center in the Pharmacy School of Fort Worth.

That anxiety “causes a lot of delay. If they fill it, if they don’t fill it, how are they going to be responsible? he said. “What I do know about all of this is that it has a greater potential to delay care for people who desperately need us.”

For now, Texas pharmacists continue to practice in limbo while waiting for clarity.

Dallas morning news asks the State for any record of complaints against pharmacists for filling or refusing to fill a prescription that could induce abortion. The Texas State Board of Pharmacy has referred the request to the Office of the Attorney General.

The chance of a pharmacist being successfully prosecuted or sued under Texas abortion law seems slim, Mayo said, though the vague legal language surrounding potential cases makes them unpredictable.

“It’s hard to give a customer the green light saying they have nothing to worry about,” Mayo said. “I don’t think any good lawyer would say that in light of where we are in terms of abortion law in this state.”