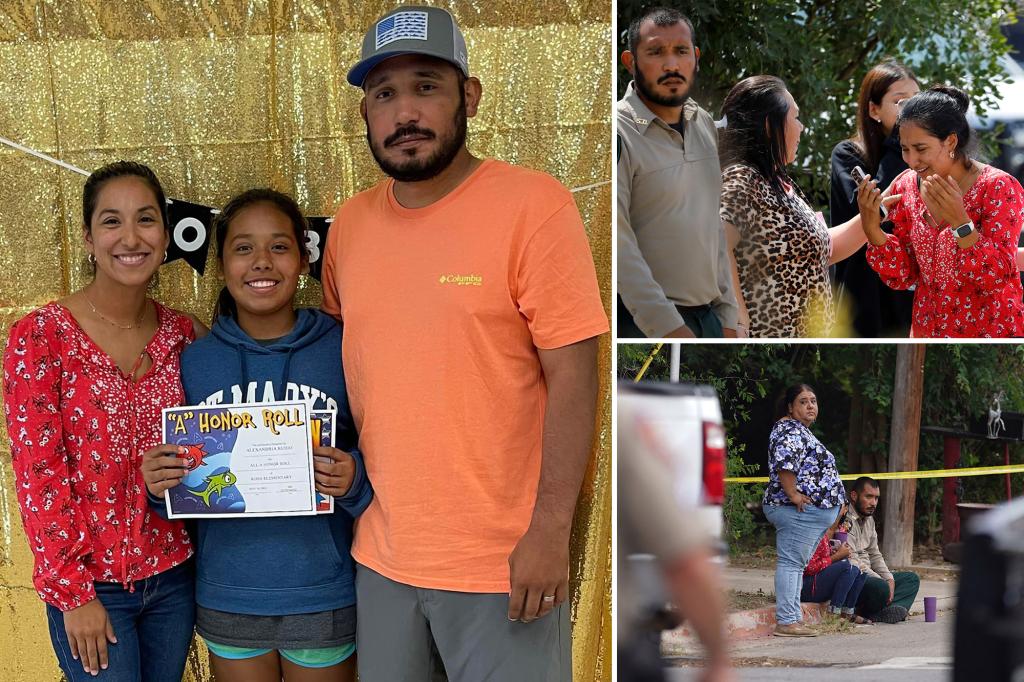 Heartbreaking images show a Texas sheriff’s deputy clutching his sobbing wife after finding out his daughter was among the 19 children murdered in the mass shooting at Robb Elementary School.

Her father, Uvalde sheriff’s deputy Felix Rubio, told Nation World News he was one of many authorities who responded to the scene of the bloodbath, which also claimed the lives of two beloved teachers.

He and his wife Kimberly Mata-Rubio were then photographed after discovering the excruciating news.

“We told her we loved her and would pick her up after school. We had no idea this was goodbye,” she added.

In a text message to Nation World News, Felix and Kimberly said: “She was kind, sweet, and appreciated life. She was going to be an all-star in softball and had a bright future whether it’s sports or academic. Please let the world know we miss our baby.”

Felix told Nation World News in a tearful interview that “all I can hope is that she’s just not a number. This is enough. No one else needs to go through this.

“We never needed to go through this, but we are,” he added while surrounded by his wife and relatives.

When asked what issues he would like to see addressed after the latest mass shooting in the US, Felix said: “Violence, guns. I’m a cop, I’m a deputy here in Uvalde County. This is enough.”