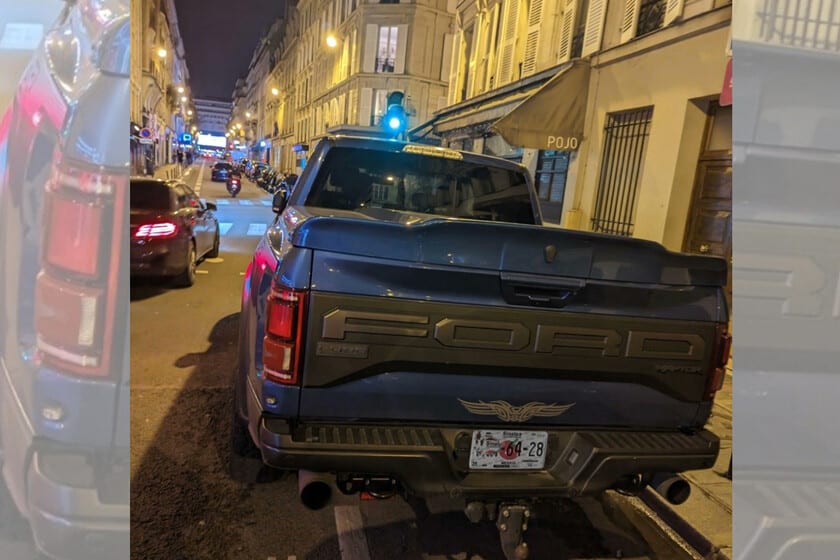 The internet is full of curiosities, some really interesting and others so crude that it is impossible to understand how they generate so much interaction. The following example is one of the latter. a Mexican tourist to walk in Paris, Francehad published an image in which a Ford Lobo Raptor Thief sinaloa plates Parked on a Paris street, it sparked chaos and debate on Twitter. Now the question is what is real and what is not?

I’m in Paris and I found this truck, how did they do it? pic.twitter.com/8YI015zrRR

For the first time, this post exceeded the engagement limit 2.3 million interactions In just one week. Some accused it of being montage, others advised not to continue the topic for obvious reasons Security In Mexico

A few other internet users even took it upon themselves to check the truck’s license plates to find out that they originally belonged to a Volkswagen Derby 2005,

is this real? How does this kind of New York plated monstrosity end up in Paris? pic.twitter.com/MV4ZbnZQBf

In fact, a day before the post that caused a stir in Mexico, the FuckCars account published what appears to be image originalin which the raptor carries new york license plateAmerica. However, after checking the US city plate format we noticed, and like other Twitter users; New York’s license plates aren’t even real.

The format for civilian cars in NY consists of 3 letters and 4 numbers (AAA-0000), while the license plate in the original photo does not have the same order. shows that they are also wrong,


Original form of the DMV in New York.

Upon further investigation, we found that many online stores offer customizable plates As a souvenir from New York, those plates have the same format as seen in the original post.


Another thing to note is that on the truck “Lobo” Bottom left, the emblem unique to Mexico, as it is known as Ford in the rest of the markets where it is available F-150 Raptor,


Furthermore, it should be noted that there are many users who have highlighted how certain color mismatch, especially the one that forms the mirror, maybe because of the angle of the light it may be slightly distorted. looking at the place where it was parked we can see it’s a Exclusive parking for cars from one application of transport. There is no doubt that this case raises more questions than answers.