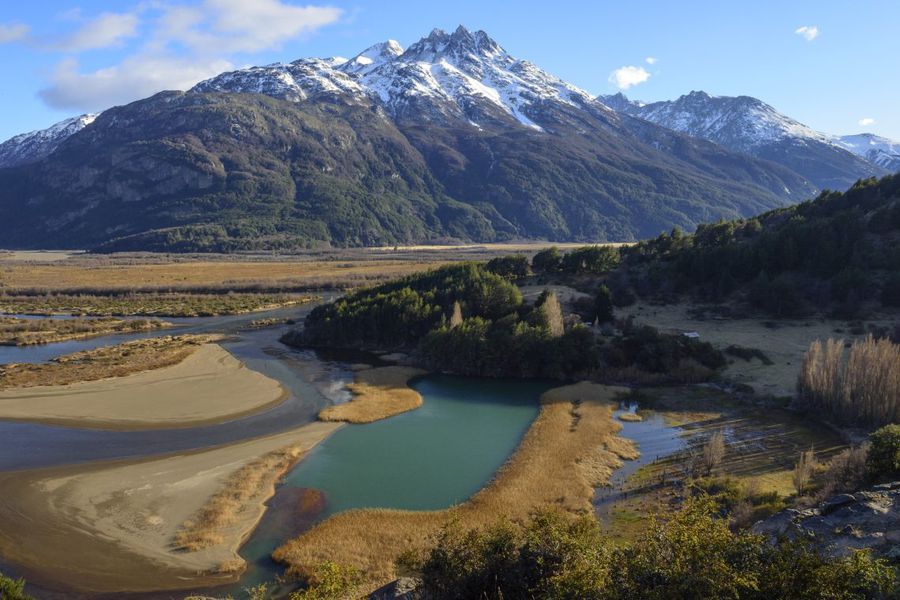 The concept of a climate shelter is practically new. define Terrestrial and marine regions in which thousands of species manage to survive planetary changes, That is, they are places that meet characteristics that would allow life to be preserved in the face of extreme climate changes.

It is an extended term for glacier refuge, which is known to store a variety of organisms and genetics of different species. At present, climate refuges are not limited to glaciers only, but also cover various regions Special soil and relief conditions that they can reduce the effect of climate change and Conservation of physical, ecological and socio-cultural resources,

A study by the Australasia Patagonia Program of the University of Chile in Chile, led by Patricio Pliskopf, a PhD in ecology from the University of Lausanne (Switzerland), identified a variety of climate shelters sea ​​and land Chilean Patagoniawhere they could mitigating the effects of climate change and protect many species, Likewise, it overlaps these areas with those that are under the umbrella of the National System of State Protected Wild Areas (SNSPE), administered by CONAF.

The identification of these refuges is a fundamental tool because Allows to define priority sites that can conserve biodiversity, Different species, ecosystems and processes.

Cesar Guala, director of the Australia Patagonia program, says that’s why it’s important generate more scientific research To support the recognition of climate refuges for diversity and, similarly, to promote their consideration as a relevant element land use plans, ,the state must promote decisivelyIn line with the country’s commitment to the Paris Agreement on Climate Change.

Beyond climate refuges are areas that have the potential for this to happen. Pliskoff assures that “if an area meets several characteristics of location, relief or soil type that can moderate extreme temperatures, it is the one potential climate shelter,

Research headed by Australia Patagonia Program managed to identify different areas with the potential to be climate refuges Which are distributed throughout the Chilean Patagonia. For this he used an unprecedented method composed of three spatial parameters: the Geodiversity, rate of climate change and biological rate.

“This is unprecedented because Both combine elements of geodiversity, which is the diversity of terrain, and Biodiversity. This was never done in Chile”, explains the geographer, about the method used for this Analysis of terrestrial and marine climate shelters,

According to the study, are concentrated in terrestrial area of ​​lakes, mainland and island Chiloé, asen areainside coastal region and eastern steppe region, and in the Magellan area, southeastern continental tip and northern region of the island of Tierra del Fuego, The region has fewer areas with climate refuge potential.

On the other hand, marine climate shelters are found in five large areas: in Lake area, north of Isla Grande de Chiloé, Aysen region, in the Guaitacas Archipelago, and in the Magellan area, In this Bernardo O’Higgins National ParkBut Kaveskar National Reserve and around Risco Island and Navarino Island and the Diego Ramirez-Paso Drake Marine Park.

for the analysis of sea ​​shelterThe climate dynamics parameter was combined with some biodiversity characteristics.

The aim of the study, in addition to identifying potential climate refuges in Patagonia, is to overlap these with areas belonging to the National System of State Protected Wilderness Areas (SNSPE) administered by CONAF. Thus it was decided 46 of the 58 protected areas ranked within the 30% of the terrestrial regions with the greatest potential to be climate shelters,

“The key is to evaluate these areas they already have plenty of shelter capacity and see how they are based on protected areas” explain the authors. “This is less worrying when they are inside protected areas, but priority should be given to those that are outside, whether they are contiguous or in a channel between two protected areas. act as.”

According to Christopher Sepúlveda, head of the Department of Conservation of Biological Diversity of the Management of Conaf’s Protected Wilderness Areas, in the corporation Climate refuges have been considered in the management of protected areas. He exemplified a new method for planning wild areas in 2017.

“An analysis of vulnerability to climate change was included that assesses the ecosystems and species that could be most affected, and then make decisions about how to mitigate that vulnerability or adapt to future changes”, he clarifies.

In turn, he points out that management is complemented by areas classified as biosphere reserves, where The main areas of greater protection correspond to protected areas., On the other hand, transition and buffer zones allow sustainable development that provides sustenance for communities against threats such as climate change.

The most outstanding of the protected areas shown in the Pliskoff study to have the greatest potential to be climate shelters Los Cinés Lagoon Natural Monumentin the Ison area; Hornopiren National ParkThe Futaleufu National Reserve why Palena Lake National Reservein the Los Lagos area.

Another important finding was the association with ancient forests. According to the study, 40% of Patagonia’s primary forests are in areas identified as climate refuges., This result proposes the channel strategies of fire prevention in shelters in protected areas, Based on this, the author affirms that “through the recognition of refugees, forests can be protected.”

,Ancient forests are less disturbed and have more fire resistanceThis is because there are more species, layers of altitude, diversity of relief and location,” he says.

Pliskoff, also a master of biological sciences, stresses the importance of identifying climate refuges, as two essential elements complement each other: Protecting diversity and mitigating the effects of climate change,

In fact, the Australia Patagonia program has expressed its concern about risk Real estate companies use weather shelters for marketing purposes to sell lots., Exacerbating that problem in Patagonia. They point out that these places can only be used as a haven for biodiversity.

“These are areas where protection will last longer, even longer, than other areas with greater species diversity. They are valuable and complementing existing security is an urgent matter”, Pliskoff concluded.