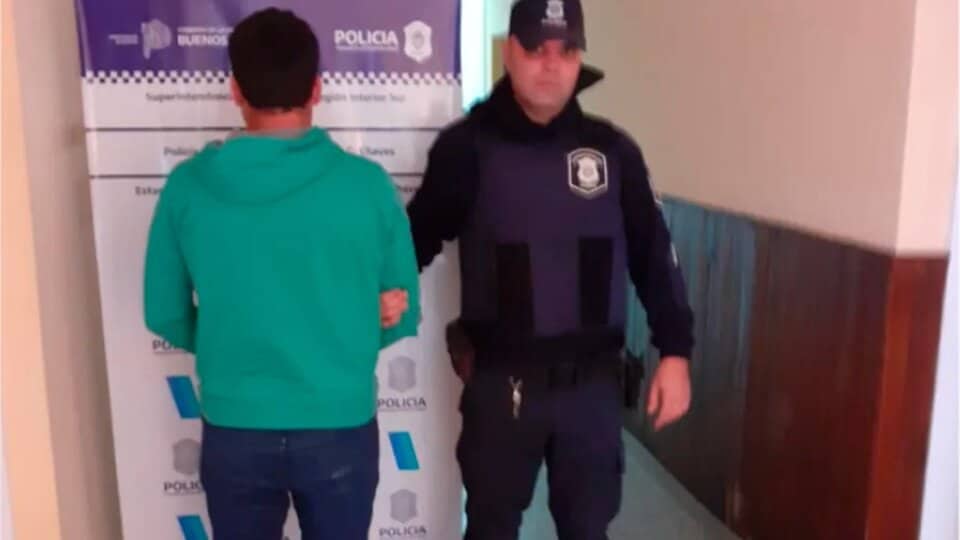 The Deportivo Garmens club on Monday handed a life suspension to their team player, who was arrested on Sunday after hitting the referee during a match between two teams from the Regional Soccer League of Tres Arroyos Buenos Aires match.

Following the violent act, the leaders of Deportivo Garmens decided to suspend for life 34-year-old Cristian Tirone, who attacked 30-year-old referee Dalma Courtaldi and caused injuries, stipulating that he should be treated at the health centre. should be done.

“It’s an unfortunate fact, it hurts a lot as a member of the board of directors and the football subcommittee,” said club president Jose Del Rio, who insisted that “the decision to approve him was made automatically.” , because he has no qualifications”. The director explained that Tyrone “started playing at the club this year, as it is a club in formation and we have players from neighboring cities.” “They didn’t have a record of this magnitude, at least we didn’t see it like that in the institution,” Del Rio added to La Brujula radio station in Bahia Blanca.

“No one thought it would end in this,” the club’s owner confirmed as the player was detained at the Adolfo González Chaves branch. As they indicated, “the player had been suspended for life”, in addition to notifying that the club had already contacted Apravide (Agency for the Prevention of Violence in Sport), which was also a determination. Will do

The episode happened on Sunday afternoon, when the third division match was being played between Club Deportivo Garmens and Independencia from the city of Adolfo González Chaves. According to police sources, “At a time when the second half was taking place, match judge Courtaldi sanctioned a foul, for which one of the players approached and attacked him.” The spokesman indicated that “the player hit him with a punch to the back of the neck, causing Courtaldi to fall to the ground, and there he was again kicked.”

As indicated, player Cristian Tirone is arrested by police personnel and taken to a police station. “Following this episode, the match judge was transferred to a health centre, where he was assisted, while the first-class match was suspended by decision of the arbitration team,” the sources said.

The player was held in a police unit as part of a case labeled “Minor Injuries and Violation of Law 11,829 on Sporting Events”. Soon after the events, Eduardo Aparicio, the head of Apprevid, contacted the victim, made himself available to her and declared that the attacker would “bear the full weight of the law.”