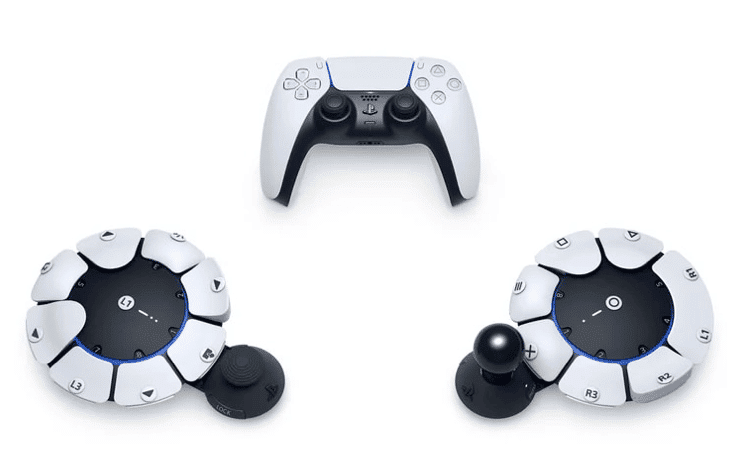 This Year With Everything Came Tech Updates And This Is How They Known It Sony during its participation in CES 2023, where it launched its video game controller for people with disabilities, which will be compatible with PlayStation 5.

PlayStation is a Japanese video game brand produced by Sony Interactive Entertainment, a division of Sony Corporation. This video game is undoubtedly the most popular of the video game consoles, So in the more than 20 years since its launch, the PSP has become the best-selling video game console of all time, where, according to its annual report, as of July 2022, it has sold approximately 158 million units worldwide. including over 55 million units in Europe.

According to Hideki Nishino, Senior Vice President of Platform Planning and Management at the Japanese company, These new controls are designed to address common player challenges.

“It is designed to address the most common challenges among gamers with motor limitations, such as difficulty holding the controller for long periods of time, pressing buttons or triggers too close to each other, or fingers on a traditional controller. and giving the optimum position to the thumb” he said at the event.

Likewise, the technology company highlighted that its functions have the possibility of modifying the distance of the joystick, Change buttons or one of them performs two functions at the same time. Furthermore, it allows you to save and access up to three different profiles, as each video game may require a different configuration.

In this sense, and with this implementation, gamers will have the option of connecting two of these types of controls to a DualSense to expand their mobility.

so it has four ports 3.5mm to which switches can be added and accessories to integrate more buttons and levers.

As mentioned by Sony at the event, the device hasn’t completed its development phase, so it’s still It has no release date while more data is collected from the community and experts to improve the user experience.

In this sense, this type of implementation reflects how brands are increasingly including people with disabilities, creating products and services to improve the experience they provide, regardless of their abilities.

There are many brands in the world that are implementing these changes, coming in terms of more inclusive advertising campaigns such as Walmart and Bodega Aurea have boxes for people with disabilities in their specialty stores.

Finally, the world has changed and with it brands are changing for the better, specifically adding what consumers need today.