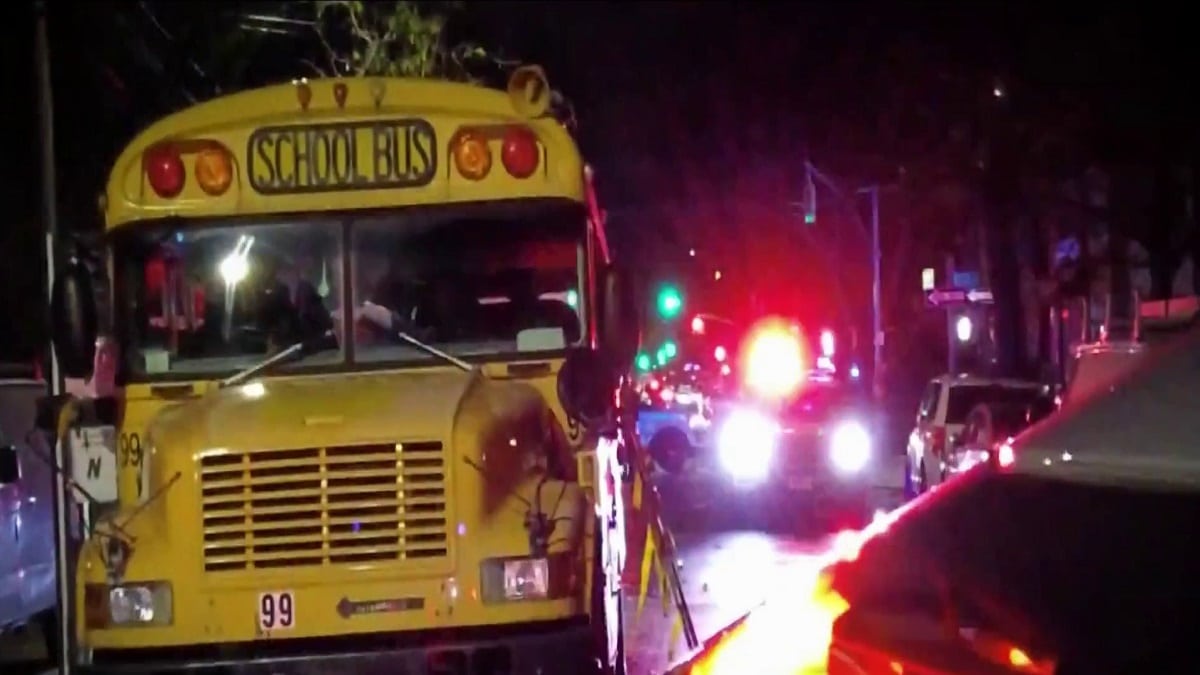 NEW YORK — A speeding car struck a mother and her four children who had just gotten off a school bus in Brooklyn, surveillance video shows. At least two of the victims have serious injuries.

New York City Police said a white 2016 Mercedes-Benz rammed a stop sign as well as a school bus stop sign just before 5:00 p.m. avenue j why new york avenue in Flatbush. The mother of four was crossing the street after picking up her older children, aged 8 and 5, who had just got off the school bus.

Officers were trying to stop the Mercedes two blocks away, but the driver kept going. Surveillance video from the area shows the vehicle going down at high speed avenue j and went through a stop sign before hitting the family.

An eyewitness passing JoJo said, “It’s terrible, the police were chasing the white Mercedes-Benz and that’s why it ran a stop sign.”

A smaller figure can be seen falling to the ground and then running onto the sidewalk after the car has hit the mother and children. Police said the car hit the family, which includes a one-year-old baby and a three-year-old boy in a stroller. According to eyewitnesses, the mother was hit with such force that she was buried under the school bus.

Paramedics took the family to the hospital Maimonides Hospital. The driver finally abandoned the Mercedes a mile away 24th Street why Glenwood Roadthe police said. It was not immediately clear why the officers were trying to stop the vehicle, but police said the patrol car’s lights and siren were on.

Three of the four children were discharged from the hospital on Wednesday night. At Maimonides the mother and one of the children were still recovering, but were expected to survive.

No arrest has been made so far. An investigation is underway.