Poll: Fewer than half of Republican primary voters would support Trump in 2024 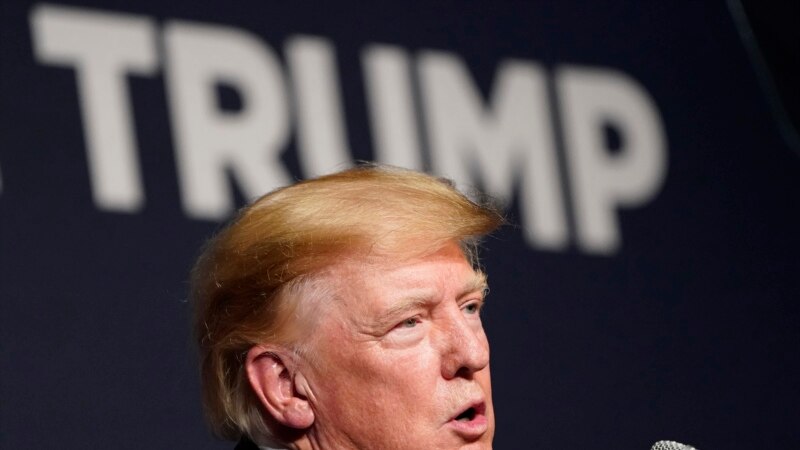 Just over half of Republicans likely to vote in their party’s 2024 presidential primary say they would prefer someone other than former President Donald Trump as the party’s presidential nominee, according to a poll released Tuesday by The New York Times and Siena College found.

After identifying Republicans likely to vote in the primary, the poll gave respondents a choice between Trump and five other likely Republican candidates. Only 49% of those surveyed chose Trump, even though the former president won 94% of all Republican votes in the 2020 election, which he lost to incumbent President Joe Biden.

The biggest question the poll raises is whether it indicates Trump could be vulnerable to a challenge in the 2024 Republican primary. Experts said the results should be read with caution.

While Trump’s lack of a clear majority in the poll may surprise some, “he’s still pretty far ahead,” Kyle Kondik, managing editor of Sabato’s Crystal Ball at the University of Virginia Center for Politics, told VOA.

The significance of the poll, Kondik said, will depend largely on how people, like DeSantis, choose to interpret it.

“Part of real vulnerability is the perception of vulnerability,” he said. “Does DeSantis, who is, at this point, Trump’s most likely credible rival… see a path to victory? Does he think that 50% or so is smooth? Or is it stronger than that?

The data was released a day after results from the same poll were released showing most likely Democratic primary voters would prefer that incumbent President Joe Biden not run for re-election in 2024.

Both men enjoy relatively high personal approval ratings within their respective parties, with 85% of Democrats reporting a favorable impression of Biden and 80% of Republicans reporting the same sentiments toward Trump.

Biden’s personal favorability rating of 85% masks some degree of discontent within the party about his performance in office. Facing high inflation and struggling to push his agenda through Congress, the poll showed his job approval rating at 70% among Democratic primary voters, a relatively low number for an incumbent president.

In data released Monday, the poll asked Democrats who said they would prefer a candidate other than Biden to say why they felt that way. The largest number, 33%, cited his age. Biden is 79 years old, the oldest person to hold the office of president, and will be nearly 82 when the 2024 election is held.

The data released Tuesday did not contain any questions about why voters who did not choose Trump chose a different candidate. Trump is currently 76 years old and will be 78 by the time of the 2024 election.

In Monday’s statement, all respondents were asked who they would vote for in 2024 if the party’s top two candidates were Biden and Trump. They preferred Biden by a margin of 44% to 41%.

On Monday, the White House reacted to the polling data with a shrug.

Trump was not so distracted. On Tuesday morning he issued an angry statement in which he criticized The New York Times and accusing him of attacking him repeatedly over the years.

“Fake polls, fake stories, and fabricated quotes: they are an embarrassment to journalism and have set it back many years. THE NEW YORK TIMES IS TRULY THE ENEMY OF THE PEOPLE!” he wrote.

Among Republican primary voters, Trump’s strength varies greatly depending on the educational level of individual voters. Among those with a high school education or less, he gets 62% of the vote, with DeSantis a distant second at 19%. However, among voters with a bachelor’s degree or higher, Trump and DeSantis are deadlocked at 29% each.

Kondik noted that there has recently been a great deal of positive coverage of DeSantis in the “elite conservative media,” which is most widely consumed by highly educated Republicans.

“We also know that to the extent that Trump kicked people out of the Republican Party, a lot of those people are people who have four-year degrees.”

The poll also found that a large majority of Republicans supported the actions Trump took in the wake of the 2020 election, when he continued to spread false claims of voter fraud after losing dozens of court challenges in election counts across the country.

His efforts to challenge the election results resulted in the storming of the Capitol on January 6, 2021, when thousands of his supporters stormed Congress as lawmakers prepared to formally recognize Biden’s victory.

Again, white Republican voters without a college degree were more likely to support Trump, with 80% saying he had been within his rights in his post-election actions. Among white Republican college graduates, that figure was 68%.