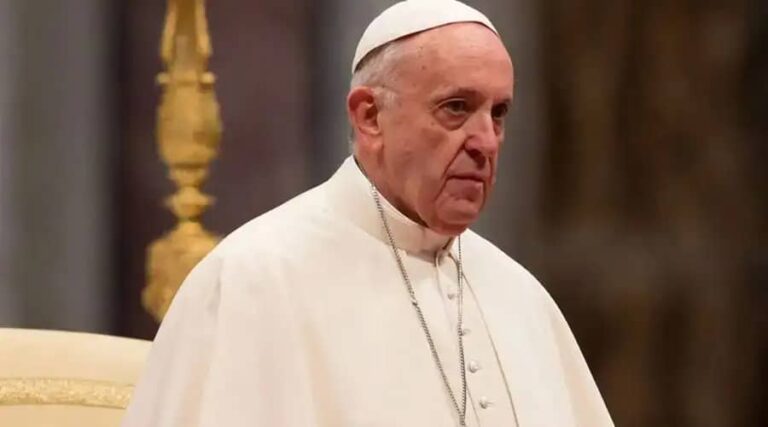 Pope Francis lamented the “monstrous liturgical distortions” that took place over the past decades during a conversation with a group of Jesuits in Canada.

The Jesuit magazine La Civilta Católica published this Thursday the text of a dialogue the Holy Fathers conducted with 15 Jesuits at the Archbishopric of Quebec (Canada), in which they answered a question about the importance of studying the Liturgy. .

“When there is conflict, worship is always abused. In Latin America, thirty years ago, there were monstrous liturgical perversions,” said Pope Francis.

«Then they fell in the opposite direction with the ‘Indiantrist’ drunk of old. A division was established in the church,” he said.

On more than one occasion the Pope has criticized “inditrismo”, something he himself said at a press conference on the return flight from Canada to Rome, contrary to tradition.

“Tradition is the core of the inspiration to move forward in the Church. Always these roots. Indietrismo goes backwards and the regressive attitude always closes. It is important to understand well the role of tradition, which is always open like the roots of a tree.” That’s how the tree grows, isn’t it?” He told reporters on a July 30 flight.

In his dialogue with the Jesuits, broadcast by La Civilta Católica, Pope Francis stated that “their performances in this area have tried to follow the line drawn by John Paul II and Benedict XVI, who permitted the ancient rite and Was asked for later verification”.

The Holy Fathers said, “The final inquiry revealed the need to discipline this issue and, above all, to prevent it from becoming a matter of ‘fashion’ and to remain a pastoral issue.”

Pope Francis publishes motu proprio in July 2021 keepers of traditionWith which he prohibited the celebration of the traditional Latin Mass.

The Holy of Saints Peter and Saint Paul, Pope Francis published the Apostolic Epistle on June 29, 2022 i longed for itOn the Liturgical Formation of God’s People.

“Studies will come that will refine the reflection on the subject, which is important: Litigation is the public praise of God’s people!” Pope Francis concluded in his interview with the Jesuits in Canada.