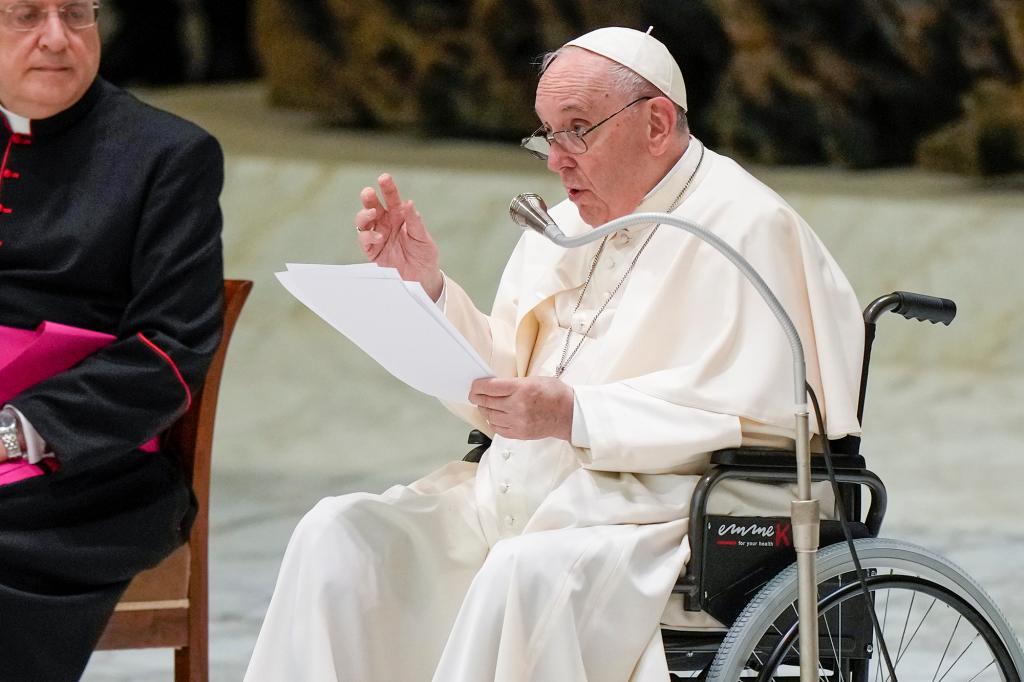 VATICAN CITY — Pope Francis, struggling with a bad knee, is going ahead with plans to visit Canada this summer so he can apologize in person for abuse suffered by Indigenous peoples at the hands of the Catholic church.

The Vatican on Friday announced that Francis will head to Canada on July 24 and visit Edmonton, Quebec and Iqaluit, a small town where about half the population is Inuit, before returning to Rome on July 30.

Last month, Francis made a historic apology for abuses in Canada’s church-run residential schools. He said he wanted to go to Canada to deliver the apology personally to survivors of misguided Catholic missionary zeal.

Vatican and Matteo Bruni said Francis was “accepting the invitation of the civil and ecclesiastical authorities and the Indigenous communities” in making what the Holy See termed an “apostolic journey.”

The Vatican said details of the Canada trip would be made public in the coming weeks. Canadian bishops said the pope was expected to visit the site of a former residential school, as well as “other locations of particular significance.”

The Canada trip is being limited in scope geographically because of the pope’s health problems. “Given the vast landscape of Canada, the limited time for the visit and considering the health of the 85-year-old pontiff,” only three communities will serve as a base for the trip, the Canadian Conference of Catholic Bishops said in a statement .

“The locations will limit travel for the Holy Father while still allowing an opportunity for both intimate and public encounters, drawing on participation from all regions of the country,″ the statement said.

With the Canada trip, Francis, 85, will be testing his stamina. After weeks of limping badly due to what the Vatican has said is a badly strained knee ligament, Francis began arriving at some public appearances in a wheelchair, although on Sunday he did stand at a window of the Apostolic Palace to greet the pilgrims and tourists in St. Peter’s Square.

As the Vatican confirmed the trip, Francis used a wheelchair while making a public appearance in a Vatican auditorium. He used his speech to members of an Italian aviation agency to once again decree the war in Ukraine.

Even before the Canadian trip, he’ll face another mobility challenge. In early July, he is scheduled to go to Congo and South Sudan, a trip he hopes will foster reconciliation.

Catholic bishops in Canada welcomed the announcement that Francis was coming to their country.

“We are immensely grateful that the Holy Father has accepted our invitation to continue the journey of healing and reconciliation with Indigenous Peoples of this land,” Bishop Raymond Poisson, president of the Canadian bishops’ conference said.

Poisson added: “We pray for the health of the Holy Father as we undertake the intensive planning for this historic visit.”

On April 1, while Indigenous representatives visited the Vatican for private encounters with Francis, the pontiff voiced “sorrow and shame” for the abuse and lack of respect for Indigenous identities, culture and spiritual values ​​in the residential school system.

Edmonton is home to the second-largest number of Indigenous Peoples who live in urban Canadian centers. In a reference to the sad legacy of abuse, the conference noted that “in addition, 25 residential schools were located in Alberta, the most of any province or territory in Canada.”

During the pope’s meetings with Indigenous delegates at the Vatican, Inuit delegates invited him to visit the northern reaches of Canada.

The bishops said a Quebec City stop would provide a hub for Indigenous peoples of eastern Canada who want to see the pope. The region is also home of one of the oldest pilgrimage sites in North America, St. Anne-de-Beaupre.’

Video: In the Vijay Hazare Trophy, this bowler’s yorker blew the batsman’s stumps, stared at the scene, watch the video