Portrait of the Heart of the Galaxy Galaxy 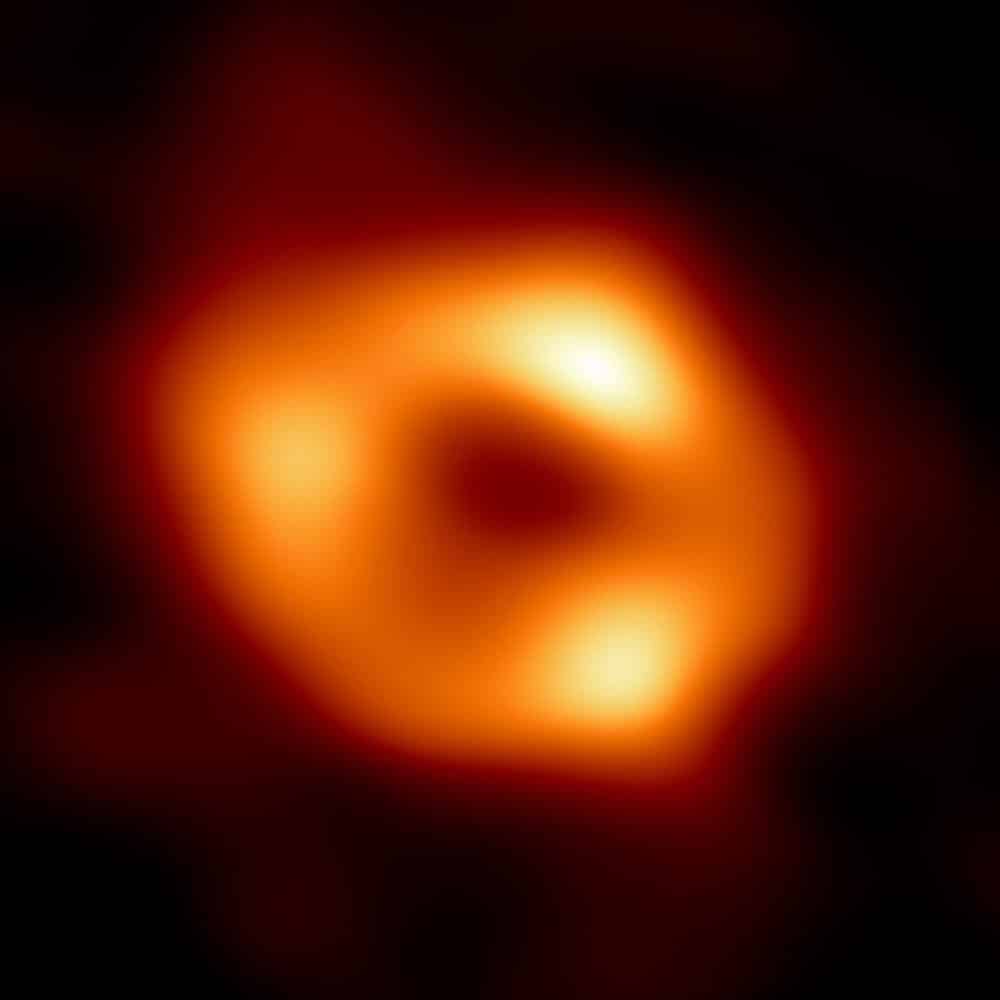 This image of the Sagittarius A* or Sgr A* black hole was taken in collaboration with the Event Horizon Telescope (EHT). The collaboration includes astronomers from different countries as well as telescopes located in several countries.

The observations made by a team of astronomers in collaboration with EHT are not just a telescope. He combined radio telescopes located in different countries into one giant Earth-sized telescope to observe distant black holes. The telescopes used are in France, Spain, Greenland, Chile, the United States (Arizona and Hawaii), Mexico, and the South Pole.

In 2019, the EHT collaboration team published its first photo. In the picture 53 million light-years away is the black hole M87* in the Messier galaxy M87. Its mass is also very large, that is, 6.5 billion solar masses.

This year, the EHT collaboration team published its latest photo. This time the picture has come from the Milky Way galaxy, the supermassive black hole located in the center of our galaxy.

Sagittarius A*. It is nicknamed the extraordinarily massive black hole at the center of the Milky Way. This black hole is four million times more massive than the Sun. However, its size and mass are still a thousand times smaller than the black hole M87*. From afar, Sgr A8 is very close at just 27,000 light years. However, their small size and mass make these black holes more difficult to photograph.

Because this black hole also rotates very fast, so the photo taken also changes continuously as it changes. Because of this, astronomers use supercomputers to combine and analyze data.

The result is a picture of the Sagittarius A* supermassive black hole.

Photographing this black hole is not easy. There are 300 researchers from 80 institutions who worked for 5 years to create this picture. A very comprehensive effort!

Source: This article is a reprinted version of the Indonesian edition of Space Scoop Universe Awareness. Space Scoop Indonesian Edition Translated by Langitselton.