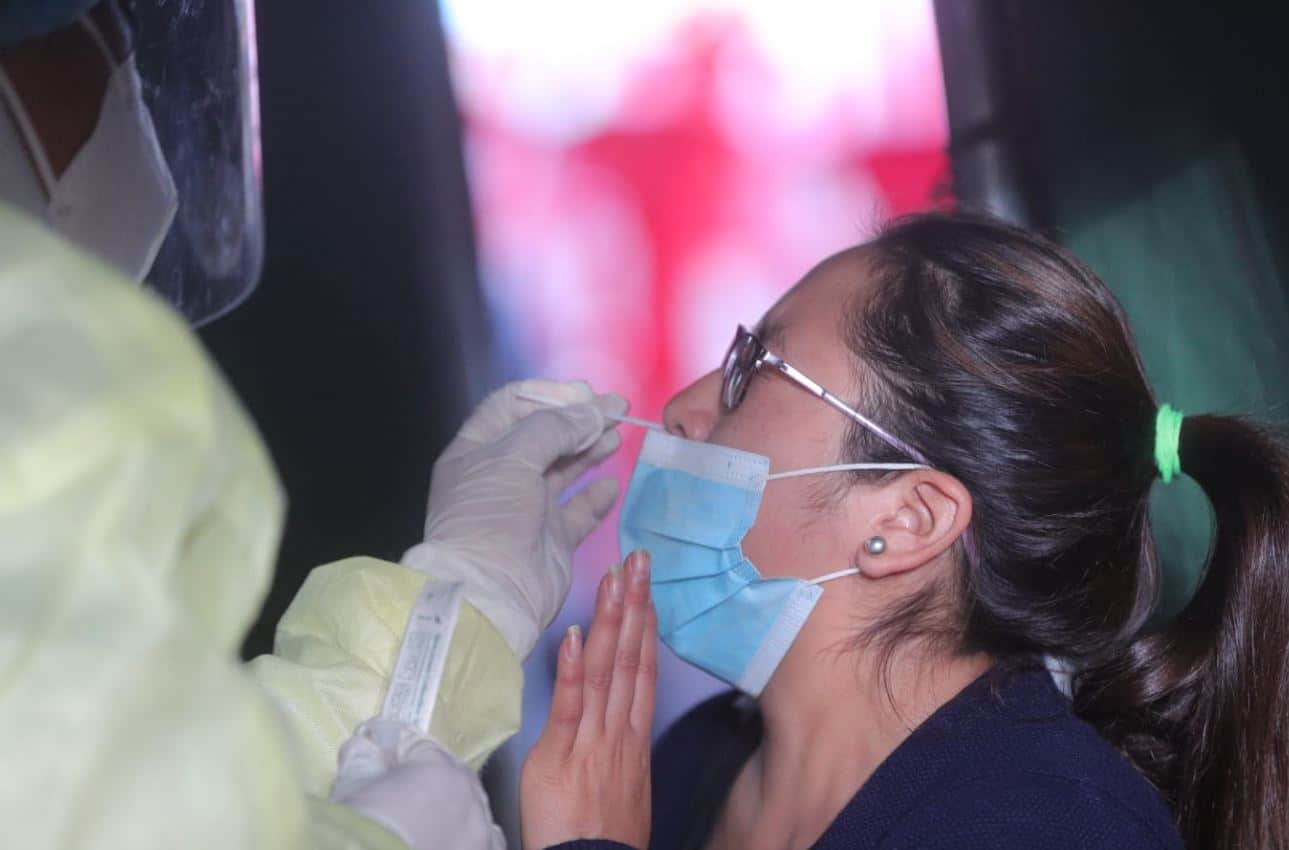 Guatemala has reported a rise in positivity of coronavirus cases in recent weeks and health officials expect more infections in December and January due to the Christmas and New Year holidays.

This Friday, December 2, health officials held a press conference in which they detailed the situation of COVID-19 in Guatemala, touching on points such as the increase in positivity, the status of vaccinations, swabs, and the fear that is there. Is more contagious after the end of year holidays.

The Minister of Health, Francisco Coma, said that he has noticed a growing alarm in the population generated by a lot of informal communication that has created a sense of risk in the population due to the presence of the new Omicron subvariant. -known as Perro del Infierno in the world or Xibalba in Guatemala.

He expressed that in fact he had reports of the presence of this subvariant and that “sadly” some factors have generated fear in the population, the name that was placed on it.

“As we informed two weeks ago, this subvariant appeared in the last sequencing, but on behalf of health called the population to see that although it is true that it has symptoms that are more infectious However, it does not generate severe illness or increase hospitalizations,” Koma said.

He also said that it is important that the population turns to official channels to obtain timely and accurate information and avoid obtaining it on social networks where the manifestation of this new strain is causing fear.

Minister Koma also said that he has seen an increase in positivity of COVID-19 cases, but it was important to clarify that this increase is not the same as when Omicron appeared in the fifth wave, and that is why he did not have talked about a sixth wave because they are looking at statistics and behavior in other countries in the world that have a reported increase in the number of cases, but the trends do not reflect those that occurred in the fifth wave.

Koma also expressed that thanks to the fact that many people have been vaccinated, the infections are not severe. They confirmed that they have managed to vaccinate more than 75% of the population at risk with the full plan.

“It technically gives us that if there is a rebound, that can be expected because this disease has a seasonal behavior and cases may peak in December and January, but vaccination coverage among those at risk may be associated with hospitalizations.” The impact will be less if it happens, Koma said.

Lorena Gobern, head of epidemiology at the health ministry, said that throughout November, but especially in the last 15 days, they have seen an increase in positivity and the number of COVID-19 cases.

He told that in November, 100 to 200 cases were being reported daily, but in the last 10 days, the cases of infection have increased to more than 1,000.

Regarding the positivity of covir-19, he informed that in November it had increased between 5% to 6%, but currently the country has reached days in which it has reached 12% positivity.

“For every 100 cases tested, 12 positive cases have been reported. Of course, it is a warning, it is a warning that the disease is giving us. The transmission is telling us that there has been an increase in transmission and this coincides with new sub-variants that have been identified through genomic surveillance performed at the National Laboratory of Health,” Gobern said.

They confirmed that the department of Guatemala is the department with the highest number of cases of these new subvariants, which have caused many infections in Europe and the United States.

“There is no evidence so far that, neither in the country nor elsewhere, this variant has a greater potential to introduce severe cases… What has been identified is that it has a greater transmission potential and of course, although the person has been vaccinated because they can contract the disease; however, what we are recognizing is that despite the fact that they may be ill, hospitalization There is no threat of seriousness of death,” the official said.

The official said that they continue to work on Covid-19 alert traffic lights, despite the fact that there has been a significant reduction in cases, so that they can monitor the development of the disease.

Huehuetenango has five municipalities in the red due to COVID-19 and the other two are in Santa Rosa and El Progreso.

He explained that the areas with the highest positivity rate in the country are monitored, such as Huehuetenango, Quiche, Guatemala, because this is where the highest concentration of people is, and it is the most frequented by large-scale events such as concerts or festivals of the year. End parties.

Read also: “Dog from Hell”: Health issues an epidemiological alert for the presence of an Omicron subvariant and recommends

Efrain Juárez, director of SIAS, told the conference that the vaccination program against COVID-19 continues to be implemented at the national level and the target is to vaccinate 14 million 853 thousand 7 people.

“In the country, 19 million 948 thousand 7 people have been vaccinated, which gives us some guarantees in terms of coverage and herd protection in terms of people who have immunity and protection to live 19”.

There are about 350 centers that do swabs and some mobile brigades have been integrated that appear in rural areas thus ensuring that they are reaching various places where health centers are difficult to reach.

Juarez commented, “At the moment we are vaccinating about 1,000 to 1,500 people a day to make sure they have their second or third dose of vaccination.”

You might be interested in: How Guatemala is preparing to receive thousands of travelers in year-end season, say officials

Health officials said as of now there is availability of Moderna vaccines and about 13,000 doses for 194 vaccination positions.

“We look forward to the arrival of new vaccination shipments, mainly the modern vaccine, to continue our vaccination plan,” he added.

In addition, the availability of tests for the detection of COVID-19 is 880,000, all antigens.

The Deputy Minister of Health, Gerardo Hernandez, reported that they had a slight increase in the number of patients coming to hospitals for COVID-19, but this was what was to be expected.

“Hospitals are very controlled. It is important that the population knows that all hospitals have an area to treat this disease. We understand that this disease is going to stay, so there is nothing to worry about. The number of patients admitted has increased to 79, of whom 62 are moderate and 17 are serious patients,” said the deputy minister of hospitals.

“Right now we have 1,388 beds available for the population. We have 79 possessions, that is, we have enough, but this does not mean that we relax, the most important thing will always be prevention and we have to respect this disease very much to avoid any situation,” Hernandez said. commented.