Prediction of the football playoffs of the Southern section: Mater Dei and … 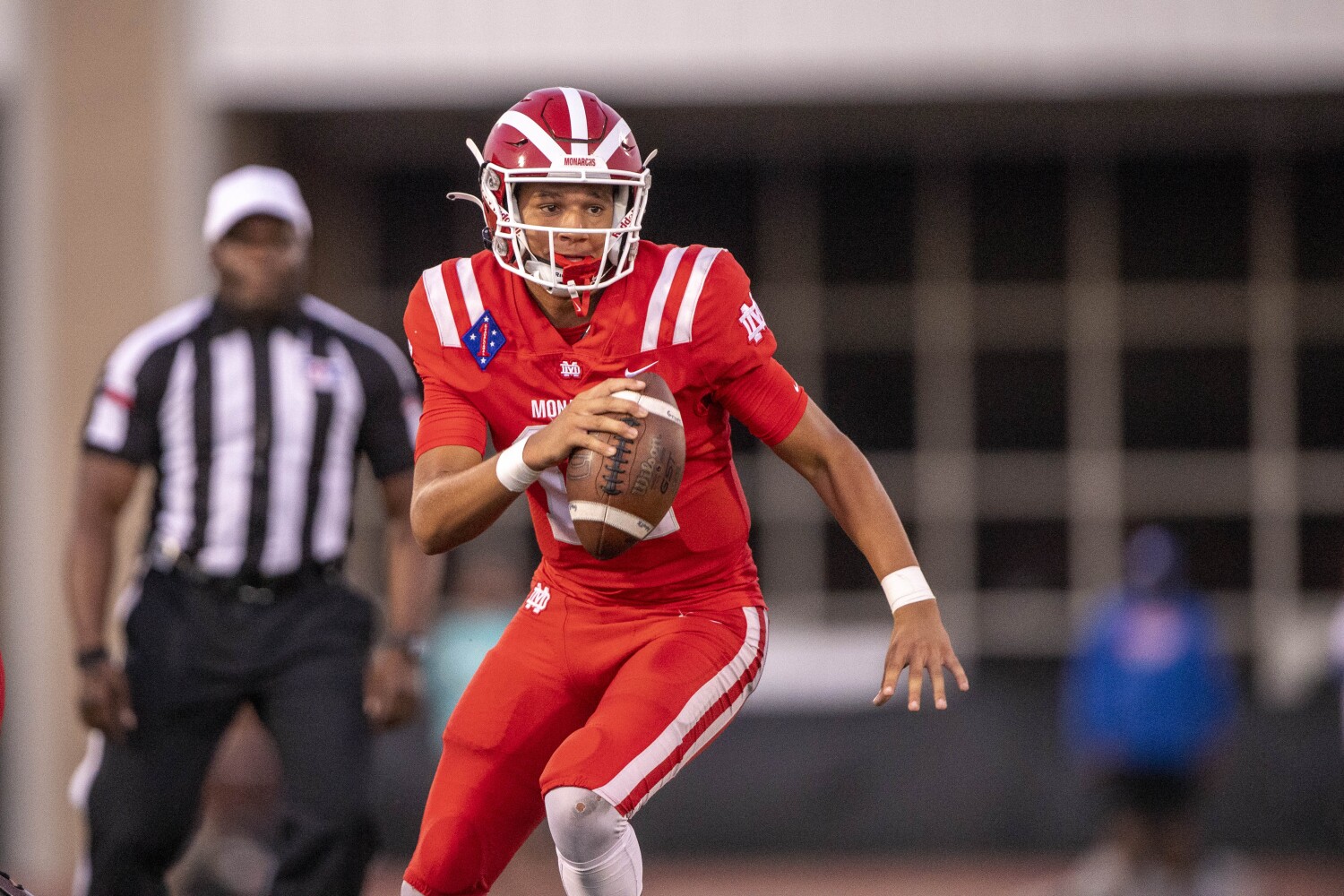 It’s time to predict which teams will win championships in the 14 playoff divisions in the Southern Section. In December, the fortuneteller will either wear a stupid or a brilliant cap.

Division 1: Santa Ana Mater Dei. The only surprise is which Mater Dei team will beat in the championship match. Will it be the St. John Bosco-Mater Dei for the fifth year in a row? Will Servite make it to the final? Will Corona Centennial be a challenge? The Monarchs have too much forward power in the attack and defense lines, too much offensive balance and too much improvement in the secondary positions to be denied this season. And if the game is close, they also have the best kicker from the game – Chase Meyer. After all, you have to trust sophomore quarterback Elijah Brown. He’s undefeated in two years of high school football.

Division 2: Edison. You could probably flip a coin and get a chance to be right in this division, the hardest and most balanced of them all. As good as Edison’s fourth seeded, the Chargers may well have lost in the first round to Murriet Valley. Edison is a choice because the Chargers have performed well throughout the season against their strongest opponents and have enough firepower to win four games in a row.

Division 3: Oak Hills. Yes, I choose seed # 15. This is another section in which the lower seeds can shock the higher seeds without a shock. This team has lost by two points to the best seed, Citrus Valley, and continues to roll. Facing the No. 2 seeded Etivanda in the first round will be a tough one, but be careful if you get upset.

Division 4: Long Beach Poly. Yes, the most popular Jackrabbits have always been considered a Division 1 program, so this rare opportunity to win a Division 4 championship should not be missed. The size of the Bunnies at stake, experience in the quarterback and speed in the secondary should lead to the championship.

Division 5: Chino Hills. With a 5-5 score and a seeded number 4, Chino Hills may not even pass St Genevieve 9-0 in the first leg. But the husky doesn’t need Lamelo Ball to win this division. They played on a busy schedule that included games against Ayala, Linda Yorba, Uplenda, Rancho Cucamonga, Etivanda and Damien.

Division 6: viewed from the north. There are four undefeated teams in this division, none of which received the best seed. Norte Vista is seeded 12th and will be on the road to face Monrovia 10-0 in the first leg. This team loves to play football and plays well in defense. How can you not win with these two qualities?

Division 7: Aquinas. The falcons seeded at # 4 competed with some good opponents. They can control the ball effectively, which is a plus considering that passing has become a favorite pastime for almost everyone.

Division 9: Lompoc. The third seeded Braves has never been so low in the playoffs and has some terrific hitters, including runaway defender Sheldon Canley and defender Deville Dickerson, who has hit 11 antlers and opening kicks off touchdowns in his career.

Section 10: Salesians. Seed number 16 has nothing to do with being number 16 with consecutive victories over Harvard Westlake, St. Anthony, Mary Star of Sea and La Salle. Beware if the Salesian doesn’t upset Segerstrom in the beginning.

Division 12: Norwalk. The Lancers, seeded at number 2, love to run after David Herrera and Jonathan Goodlow.

Division 13: South Pasadena. Running away from Jack Riffle, the top-rated Tigers will trust him.

Division 14: Garey. It’s time for the Pomona team to win the section title, so why not place fourth in the Vikings rankings.