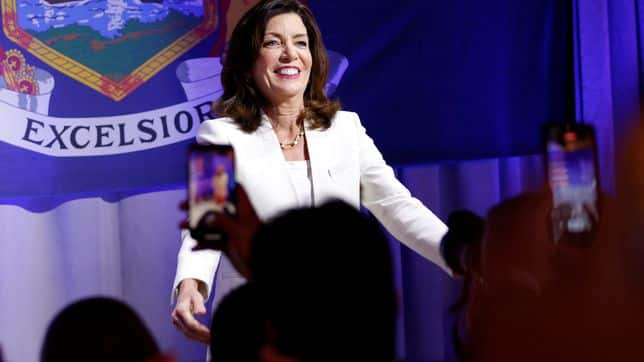 primaries are chosen through intermediates who will be a candidate nominated by your party for elective office at the next general electionwhether at the local, state or federal level.

in colorado they chose who would be The Republican nominee to face the incumbent Democratic governor and Democratic US Senator for the state.

Joe O’Dea, CEO of a construction company, won and will try to unseat Senator Michael Bennet in the next election. Just like that, Heidi Ganahl, a member of the University of Colorado Board of Regents, defeated Greg Lopez, whoWho applied to participate in the competition governor’s race

You may also be interested in: The Minimum Wage Hike in California: How Much and Since When?

in Illinois, Governor JB Pritzker swept the Democratic primary and won the nomination.meaning that He will seek re-election with 92% of the votes in his favor. As the Republican candidate for governor, Darren Bailey contested the election with over 57 percent of the vote.

like that, Outgoing Senator Tammy Duckworth is up for re-election this yearwhere the competition against candidate Kathy Salvi, who won the senatorial primary race.

Illinois Governor JB Pritzker won a landslide victory in the Democratic Party primary election. In the Republican Party, the most conservative candidate, Darren Bailey, prevailed. Pritzker is the favorite and can win more easily with an opponent like Bailey. pic.twitter.com/zCSHZSyfXR

Governor Cathy Hochul also won a landslide victory in the Democratic primary vote. Hochul has to face Lee Zeldin in November, who won as the Republican nominee.

Hochul is hoping to become the first woman to win election to the New York governor’s office this fall. https://t.co/aPLVUcemcj

in oklahoma, Residents will elect two senators this year, both Republicans: senator James Lankford running for re-election And Senator Jim Inhofe is retiring before the end of his six-year term.

The Inhofe seat was open to Republican candidates, but Neither received more than 50 percent of the vote to avoid a runoff. Next August 23, Republicans will vote again to choose whether candidates Markwen Mullin or TW Shannon will win the seat.

In Utah, the incumbent senator, Mike Lee won the Republican primary and won the nomination to run for re-election.