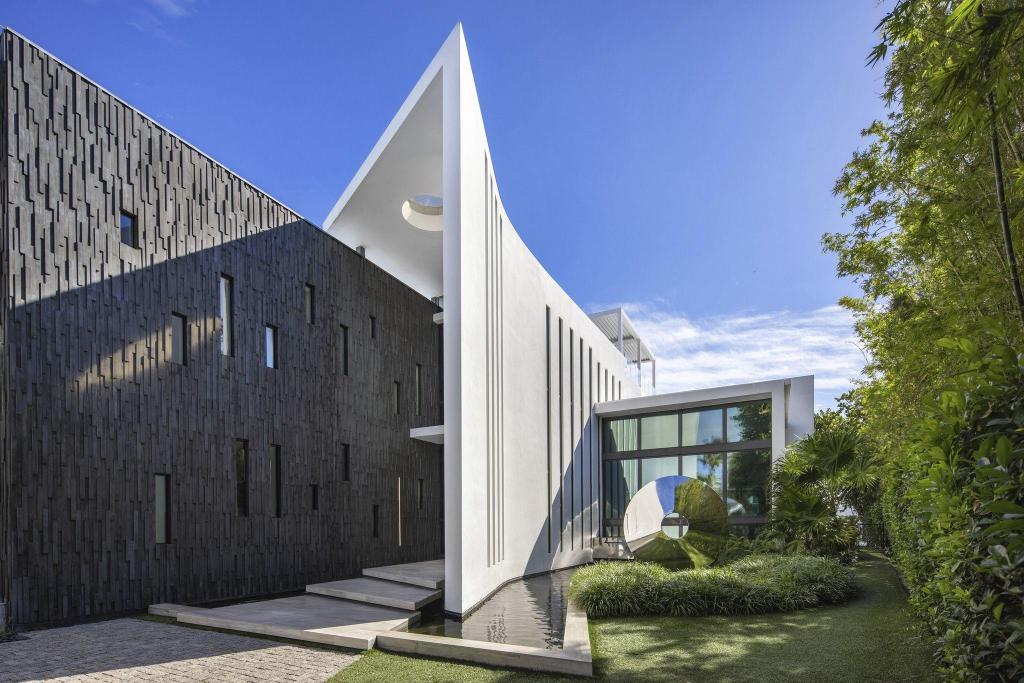 Utah Jazz center Hassan Whiteside has listed a Miami Beach mansion for $23 million, more than three times what he paid for it in August 2016 after signing a multi-year contract with the Miami Heat.

The home, at 528 Lakeview Court, is actually named after a trust located in San Ramon, Calif., but Whiteside has been identified by several publications including Compass Florida, the brokerage that maintains the listing, and The Wall Street Journal. master.

The 9,424-square-foot mansion was built in 2014 and has six bedrooms and seven baths. It sits on a .41-acre lot with 100 linear feet of frontage on Surprise Lake, just off Biscayne Bay. Amenities of the gated two-story modern home include floor-to-ceiling windows, a movie theater, a fitness center, multiple balconies, and smart-home technology.

Outside, there is a pool, dock, outdoor kitchen, bar, cabana shower and fireplace. There is also a third-floor roof deck accessible by a red spiral staircase.

Azar said that after purchasing the home in 2016, Whiteside invested “a few million dollars” on renovations, which include a smart-home system, a spiral staircase to the roof, a kitchen aquarium, and a pond outside the home.

Whiteside bought the home in 2016 for $7.3 million. Azar said that he is selling to buy a house with more area.

Whiteside was the 33rd overall selection in the second round of the 2010 NBA Draft, where he was drafted by the Sacramento Kings. He also played for the Heat, Portland Trail Blazers and Utah Jazz. He last played in April in NBA playoff games between the Jazz and the Dallas Mavericks.