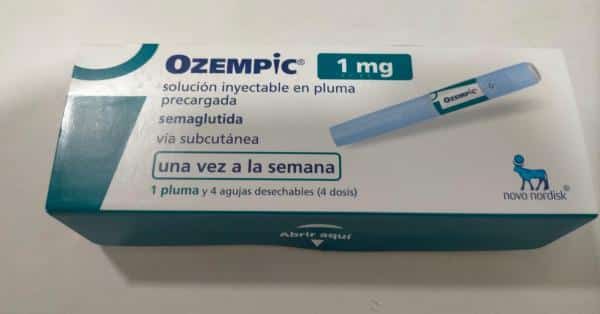 Las Balearic Pharmacies suffering these days supply problems some of drugs used by diabetics because the demands of the people who use them to be thin, This is confirmed by Rosa Garcia, a pharmacist at the Drug Information Center of the Official College of Pharmaceutics of the Balearic Islands (COFIB). In this sense, they argue that the Spanish Agency for Medicines and Health Products (AEMPS) has issued a communication warning of this problem and asking prescribers to prioritize these drugs for diabetics.

“This past month, Spanish Agency for Medicines and Health Products Some drugs included in this group are known to have increased demand and, therefore, potential problems with their supply if prescriptions are not adjusted. in particular, is about Trulicity Trulicity 0.75 mg Solution for Injection in prefilled pen, and Trulicity 1.5 mg Solution for Injection in prefilled pen. Currently LILLY, SA (the local representative of the marketing authorization holder of the above mentioned drugs) has enough units to meet the normal demand for the drug, but this presents a supply problem due to increased consumption.

Other Affected Products ozempic 1 mg solution for injection in a pre-filled pen. Novo Nordisk Pharma, SA (the local representative of the above mentioned drugs) has reported an increase in demand for these drugs, which causes their intermittent availability and has advanced that this may be maintained during the year 2023 .

for his part, byduron Reported by AstraZeneca Pharmaceuticals Spain, SA (the local representative of the marketing authorization holder for the medicine), 2 mg powder and solvent for prolonged-release suspension for injection in pre-filled pens will be discontinued at the end of the year .

For what purpose are they used?

Pharmacist Dr. of Drug Information Center COFIB have explained that these drugs have two main functions. one side, low sugar level, for other, control appetite, For this reason, some endocrinologists are prescribing them to people who are obese or overweight. Last Minute He has been able to learn that many endocrinologists on the islands are prescribing them to their patients in their private practice. In particular, they have come to assure them that they will lose weight without any kind of diet or exercise. TRULICITY and OZEMPIC cost 132.50 euros. However, for patients who have been prescribed a social security prescription because they are low-contribution drugs, it costs 4.24 euros. Although it is an expensive product used for reducing weight, it is being widely used at present. At this point, Garcia calls for calm, because if diabetics can’t find the above brands, their doctors may prescribe other, similar drugs.

This fashion, which has now reached the islands, is long established in Hollywood, in the specific case of Ozampic. Patti Stanger, executive producer of the reality show Millionaire Matchmaker, defined it as “the celebrity drug”. The stars went berserk after a TikTok video extolling the weight-loss properties of the above drug went viral. it’s been rumored Kim Kardashian is one of them celebrities that you have used it; The celebrity told her followers on social networks that she managed to reduce body fat from 25% to 18% in a short period of time.

Faced with this situation, the Spanish Medicines Agency has asked prescribers prefer the use of these treatments according to official termsie for glycemic control of patients with DM2. Furthermore, it asserts that “as far as possible, do not introduce new treatments until owners have confirmed they can supply demand.” As long as the supply problem persists, and given the possibility of not being able to start/continue treatment due to absence of the drug on the market, it is recommended to replace it with one of the available drugs from the same therapeutic group Is, such as Byta, Lyxumia, Rebellus etc.

in cases where it is necessary substitute treatment, It should be noted that new treatment should be started one week after the last dose of Ozempic/Trulicity. If treatment with aGLP-1 has already been established, it is possible to start with a maintenance dose of the new drug, without using the starting dose. Close glycemic control is also recommended during the first weeks following replacement.