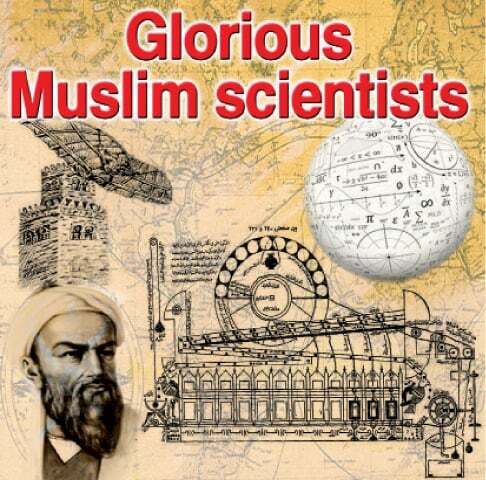 The 21st century is the century of innovation, the century of progress. Every new day brings with it a new idea, leading to another technological development.

However, unfortunately, most of these modern advances and plans seem to have originated from the Western world. These countries are shining with the light of knowledge, literacy and research. On the other hand, the Muslim states of the Middle East and Asia are struggling in the darkness of illiteracy and backwardness. In this contrast, a dangerous perspective is gaining popularity. Muslims are seen as an illiterate, ignorant and uninformed nation, which has remained regressive for centuries.

However, the reality is something else. Like all other nations, Muslims also experienced a golden age. This era spanned from the eighth century to the 14th century, when Muslim scientists were far ahead of the rest of the world in the fields of technology and medicine, geography and astronomy. At that time Europe was in the Dark Ages. Cruelty, barbarism and ignorance prevailed there.

Just as we now migrate to Europe and other Western countries to study, Europeans went to Arabia for this purpose. Many of today’s practices and developments that later took place in the West have their origins in this Golden Age and Muslim scientists.

Let us recall some such inventions and developments which were the result of research and studies done by Muslims. It will make us realize our great heritage and inspire us to rise from our slumber to pursue knowledge and progress.

While historians believe that the coffee bean originated in Africa, most likely Ethiopia, it was brewed after it spread to Yemen. According to the famous historian of the Ottoman Empire, Semal Kafdar, the Sufis consumed coffee to stay away from worship at night. There it was known as ‘Qahwah’ from the Arabic word ‘Qaha’, which means loss of appetite.

As the use of this drink spread to other parts of the world, the name eventually became coffee. So whenever you drink a cup of coffee again, be happy that it is a product of the Islamic world.

It had a bamboo frame covered with light silk fabric and eagle feathers, and the flying machine’s wings could be controlled during flight. He jumped off a huge cliff and achieved a flight for 10 minutes! So in fact, he was the first to invent a flying machine.

Who does not know this word? Algebra is the same mathematical concept that haunts children and exhausts their minds. The famous variable ‘X’ has really made maths a nightmare for the students. But please don’t blame the famous Muslim scientist known as Al-Khwarizmi, who is considered the father of algebra, if you don’t like doing algebra sums.

Muhammad ibn Musa al-Khwarizmi was a ninth-century Muslim mathematician and astronomer, and the term ‘algebra’ is derived from the title of his book Kitab Fei Habat al-Jaber wa al-Muqabala. He also introduced the concept of raising a number to a power and the concept of an algorithm in mathematics, which is why some have called him the “grandfather of computer science”.

In addition, decimal fractions were first used by Abul Hasan al-Uqlidisi in the 10th century. So the next time you study any mathematical concepts, know that many of them are the result of research by Muslim scientists!

Have you heard the name ‘Ahmed Ibn Tulun Hospital’? Well, it was probably the first known proper hospital in the world, with wards and teaching centres.

It was established between 872 and 874 in Cairo, Egypt, where patients were treated and medicines were given free of charge. This gave rise to the concept of organizing the kind of medical centers we have today, to provide free medical treatment.

Those of you studying chemistry should be familiar with the different acids. But have you ever wondered who actually discovered them?

Well, it is claimed that they were discovered by Jabir ibn Hayyan (721-815) in the ninth century. Known in the West as Gerber, he is considered the father of Arab chemistry and one of the founders of modern pharmacy. In addition to the invention of many now-original chemical laboratory instruments, he is also credited with the discovery of many chemical substances and processes.

Be sure to tell this amazing fact to your chemistry teacher and I am sure he will be impressed by your knowledge.

Muslim scientists made discoveries in a wide field of science. In biology, food chains are often taught to depict energy transfer between organisms. It is declared that the food chains were identified by a Muslim scientist, Amar ibn Bahr al-Kinani, who is widely known by his surname al-Jahiz.

He was a scholar, author, zoologist and theologian, a perfect example of how Arab scientists sought truth in the natural world. Pioneering among his most famous works is Kitab al-Ayn (The Book of Animals) which contains modern ideas about the food chain and evolution, biology. A millennium later, Charles Darwin would offer similar information and be celebrated as the leader and pioneer of the evolutionary movement.

Sugar is of great importance today, especially since sweet food is very much liked by everyone. Do you know how raw sugar is extracted from sugarcane?

Well, this process is done in a sugar mill, which is claimed to have first surfaced in the medieval Islamic world. They were powered first by watermills and then by windmills.

When Muslim forces conquered northern India in about 750AD, soldiers brought sugar cane back to the rest of the Islamic Empire. It was then that Muslim engineers invented the new sugarcane press to extract more juice from sugarcane.

Although it is said that Christiaan Huygens invented the clock in the 16th century, historians claim that by the 13th century, Ismail al-Jajri had many clocks of all shapes and sizes.

Ibn al-Haytham also invented the Binkum Water Clock, an invention that provided hours and minutes, which no other clock displayed at the time. This suggests that the idea of ​​clocks had a place in the research of Muslim scientists even before Christiaan Huygens took shape in reality.

Whenever you next take a picture, give Ibn Haytham credit for inventing the camera, the very first incarnation of the modern digital camera.

His ideas and actions regarding this device played an indisputable role in the invention of the first photographic camera by Joseph Nicephore Niepce in 1816.

Those of you who have studied light in physics should be familiar with this law. However, it is unfortunate that this law is not named Ibn-Sahl’s law, as it has been declared that this law was first accurately described by the Persian scientist Ibn Sahl in 984. Similarly, Newton’s laws of motion are also said to be mentioned in the works of Muslim scholars such as Alhazen.

These are some of the inventions and ideas that found their basis in the golden age of Islam. Unfortunately, many other inventions and theories made by scientists in previous centuries were based on work done by Muslim scientists. However, much of this work was destroyed due to the burning of Arab libraries by foreign attacks on the Muslim Empire. We never know how many more gadgets we use which are based on research work of Muslim scholars.

The purpose of this article is that dear readers, we, the Muslims, are not a backward or inferior nation. When we worked hard, we had left the world behind in the field of knowledge, science and literature. We can do it again. We just need to study the history of our ancestors, be proud of them, inspired by them and follow their golden principles. Can we again see the rise of Muslim nation in our life. Amin!

The President of Ukraine finally visited the Oval Office

Rudiger: It was ‘Madrid or neither’ after leaving Chelsea