Psilocybin can relieve depressive symptoms in some adults for up to a year, study suggests 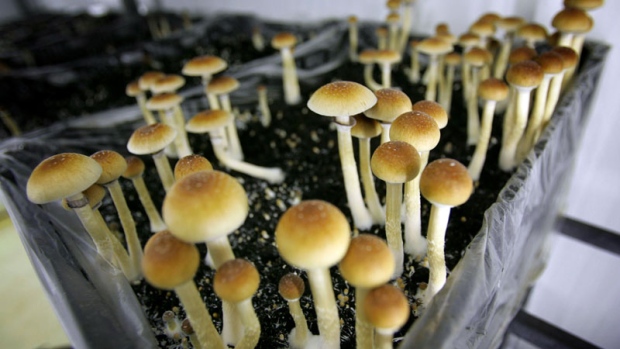 The active ingredient in magic mushrooms may be able to relieve symptoms in adults suffering from major depressive disorder for up to a year, according to a new study.

Scientists have been increasingly investigating whether psychedelics could have therapeutic use for those struggling with poor mental health over the past couple of decades.

Previous research into psilocybin, found in magic mushrooms, has suggested that it can relieve depressive symptoms for a month.

Now, researchers at John Hopkins Medicine have followed up on that research with a study published Tuesday in the Journal of Psychopharmacology that suggests the positive effect of psilocybin can last for a year.

Researchers followed 27 participants who had a long-term history with depression, 88 per cent of whom had previously tried standard antidepressant medication.

Participants were given two doses of psilocybin, provided two weeks apart, and then returned for follow-ups to check on their depressive symptoms at regular intervals in the year that followed. Twenty-four participants completed all follow-ups.

Researchers observed large decreases in depressive symptoms after the treatments, and the severity of their depression remained low for one month, three months, six months and a year after they received the treatment.

“Our findings add to evidence that, under carefully controlled conditions, this is a promising therapeutic approach that can lead to significant and durable improvements in depression,” Dr. Natalie Gukasyan, assistant professor of psychiatry and behavioral sciences at the Johns Hopkins University School of Medicine, said in a press release.

The idea behind using psychedelics is that a hallucinogen like psilocybin has the ability to change a person’s perception of their surroundings and their thoughts or feelings.

More than half of the patients were considered to be in remission a year after the treatment.

“Psilocybin not only produces significant and immediate effects, it also has a long duration, which suggests that it may be a uniquely useful new treatment for depression,” Roland Griffiths, professor in the Neuropsychopharmacology of Consciousness at the Johns Hopkins University School of Medicine, and founding director of the Johns Hopkins Center for Psychedelic and Consciousness Research, said in the release. “Compared to standard antidepressants, which must be taken for long stretches of time, psilocybin has the potential to enduringly relieve the symptoms of depression with one or two treatments.”

It’s important to note that these studies were done in very controlled settings and with support from knowledgeable therapists and clinicians, and that researchers specified that they do not currently recommend individuals using substances containing psilocybin to combat depression on their own.