Public Health Association announced blockade for this on Thursday 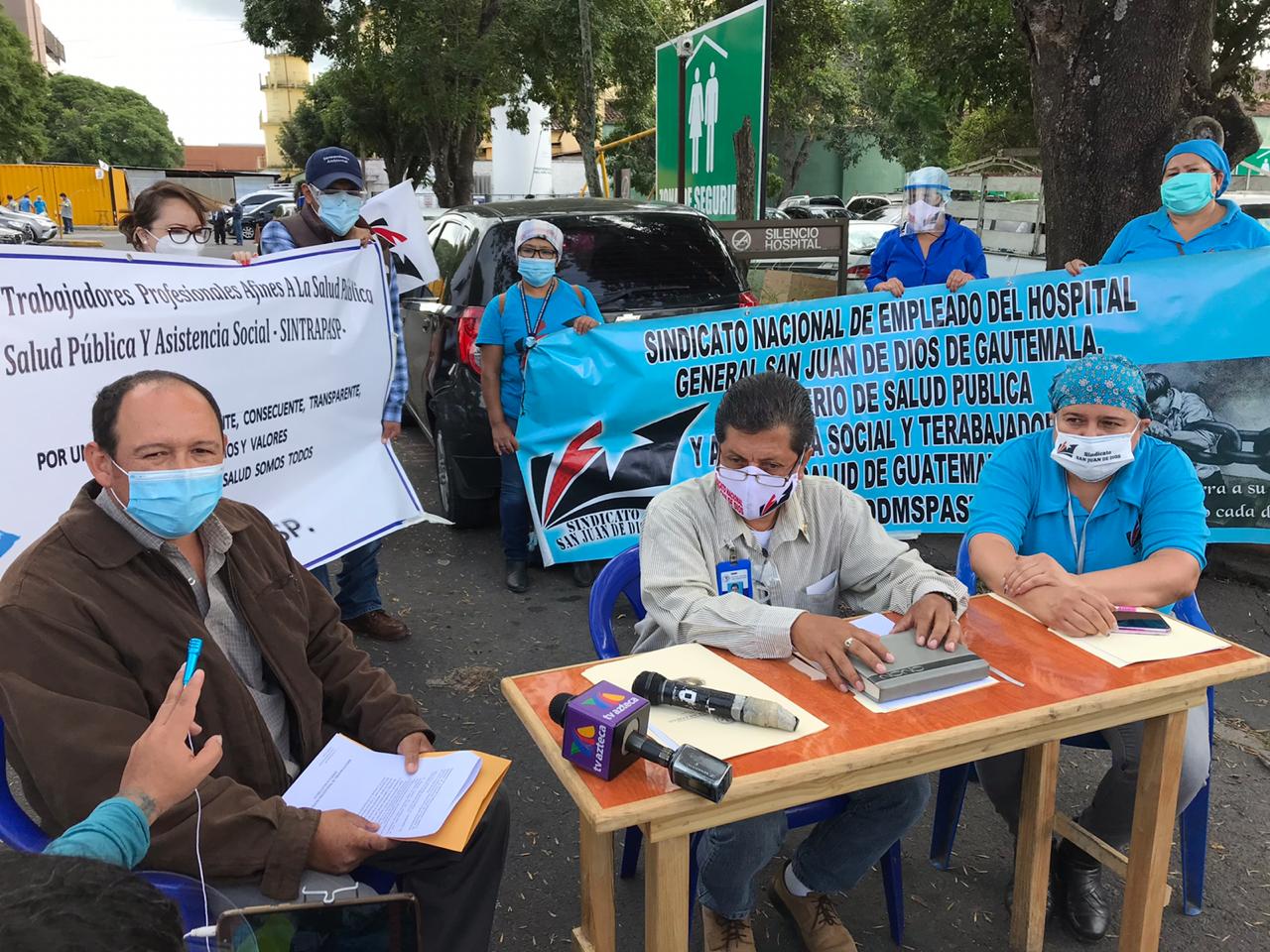 The national union of San Juan de Dios hospital workers said they would hold peaceful demonstrations in different parts of the country from Thursday to demand better pay.

“As an organization that defends the labor rights of all, it is calling for action till December 8 in a peaceful manner to demand fair and dignified respect for all health professionals, regardless of sector I offer my services,” said. Labor union.

The President has resumed his schedule as usual. Details here #LaHoraDeActualizarnos https://t.co/JT6StOrIRJ

The organization pointed out through a statement that the workers of the Ministry of Public Health and Social Assistance (MSPAS), despite being in various crises of socio-natural phenomena and diseases and even pandemics affecting the world, health professionals have Lowest salary. throughout the state of Guatemala.

“It is noteworthy that during the recent pandemic this ministry reported data of more than 500 deaths of health professionals of various specialties, including health operatives and professionals, many of them rendering their services to the ministry in the so-called subline 18. Also 022, 021 and 036 offered their lives, leaving their families without any protection,” he said.

For this reason, he noted that 65% of MSPAS employees do not have holidays, social security, Aguinaldo and Bono 14 .

“Today, once again, these comrades are trying to be out of any dignity and comrades under permanent rank are trying to be awarded an amount that shows how important the lives of health professionals are to the authorities of the Guatemalan state. has no value,” he explained.

One of the posters read, “We demand justice for Nestle and all the women who have been murdered for raising their voices.” Details here
https://t.co/V82UAF5ooH

The union informed that the organization of MSPAS at the national level and both affiliated and non-affiliated would take peaceful action on different points which were communicated to the concerned departmental governments, which are:

Morales, Isabel at the intersection of La Ruidosa

El Progreso at km 72 en route to the Atlantic

No announcement from the ministry

La Hora consulted the communications department of MSPAS to ascertain their position regarding the union’s allegations, as well as whether any negotiations had taken place to avoid the blockades.

However, they indicated that they would transfer the query, which had not received any response till the publication of this note.