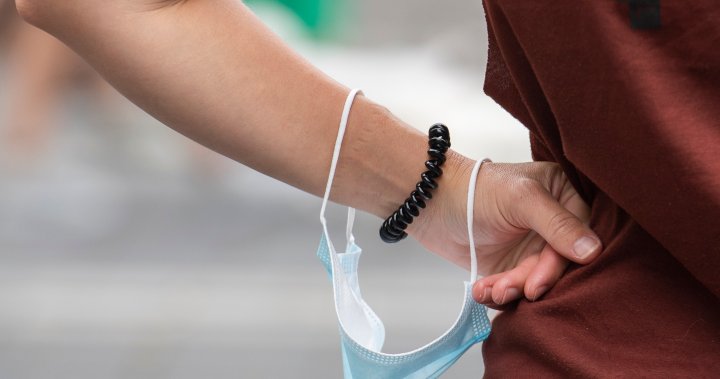 The Quebec government has officially ended the province’s state of emergency over its handling of the COVID-19 health crisis.

Health Minister Christian Dubey said in a statement on Wednesday that the virus was still present, but the situation had improved significantly in recent weeks.

“This is an important milestone, which is a testament to the efforts put in in our collective fight against COVID-19,” he said.

In the spring, Dubey introduced a bill to lift the emergency health system as calls grew for the government to relinquish its extraordinary powers. The province first declared a state of emergency in March 2020, when the pandemic was declared. Then it was renewed every 10 days – more than 100 times during the health crisis.

Quebec Tables Bill to End State of Emergency for COVID-19

While the health order has been lifted and most hygiene restrictions have been eased in recent months, masks are still mandatory on public transport and in some health care institutions in the province.

The move came as Quebec on Wednesday reported seven new deaths linked to hospitalizations related to the pandemic.

1,139 people were hospitalized with the disease, a net decline of 42. In the last day, 51 patients were admitted while 93 were discharged.

Officials say intensive care unit cases have dropped to one for a total of 31.

The province also recorded 711 new infections. The daily tally is not an accurate representation of the current situation as only a few groups can access PCR testing.

More than 70% of teens report worse mental health than before COVID: Survey

Quebec conducted 13,461 tests at government-run sites on Monday, the day it was reported.

The roundup shows that 168 additional rapid test results were declared by the general public in the last day. This includes 139 positive results.

Meanwhile, 3,951 health care workers were away from jobs for reasons like isolation and waiting for test results.