Racism undermines the health of Black Americans. This physician-economist is looking for solutions Many white Americans have only recently realized what Dr. Marcella Alsan has studied for most of her career – that systemic racism in health care has fostered mistrust among Black and brown patients, widened health disparities and produced dire outcomes for those communities.

The COVID-19 pandemic worsened those disparities even further, stacking “inequality on top of inequality,” Alsan said. In 2020, Black men had lower life expectancy rates than any other demographic group, according to provisional federal data from the Centers for Disease Control and Prevention. (Until then, Black Americans had been slowly gaining years of life, but had never caught up to white Americans on life expectancy.) When millions of Americans began to work remotely from home, a disproportionate number of people of color were filling essential roles— such as nurses, first responders and grocery store employees — and did not have that option. At higher rates than white people, Black and brown Americans lacked health insurance and paid sick leave, were exposed more frequently to the virus, and died at higher rates – all results of systemic racism.

READ MORE: COVID helped cause the biggest drop in US life expectancy since WWII

But long before the virus, a lack of access dictated the lives of many of Alsan’s patients, whether they lived in Chicago’s Southside or Ecuador, she said, overriding physician instruction and the ability to improve their health. Complications, such as additional health issues, scarce food, and supply of medications, like insulin, could always derail Alsan’s plan for a patient. She, and they, faced a system where individuals in positions of power and privilege were denying others basic resources and adequate services based on nothing more than their race or ethnicity. People in affected communities have come to expect indifferent or even dishonest physicians, and do not need to look far into history to find evidence of unethical medical practices involving people of color.

Alsan’s curiosity about how racism undermines the health and wellbeing of Black people in the US carried her to barber shops in Oakland, California, for a groundbreaking 2019 study that amplified the need not only for narrowing disparities but also diversifying health care. In the study, she focused on Black men, who have “the lowest life expectancy of any major demographic group in the United States,” and the ways that Black physicians and health care workers could influence their outcomes through preventative medicine.

Her team created a pop-up health clinic and recruited Black men from area barber shops. They hired 14 doctors – seven of them Black — who were randomly assigned to each doctor. Then, Alsan and others studied the demand for preventative care, such as checking their blood pressure or getting a flu shot, from the patients, and examined which doctor worked with each patient, along with that doctor’s race. 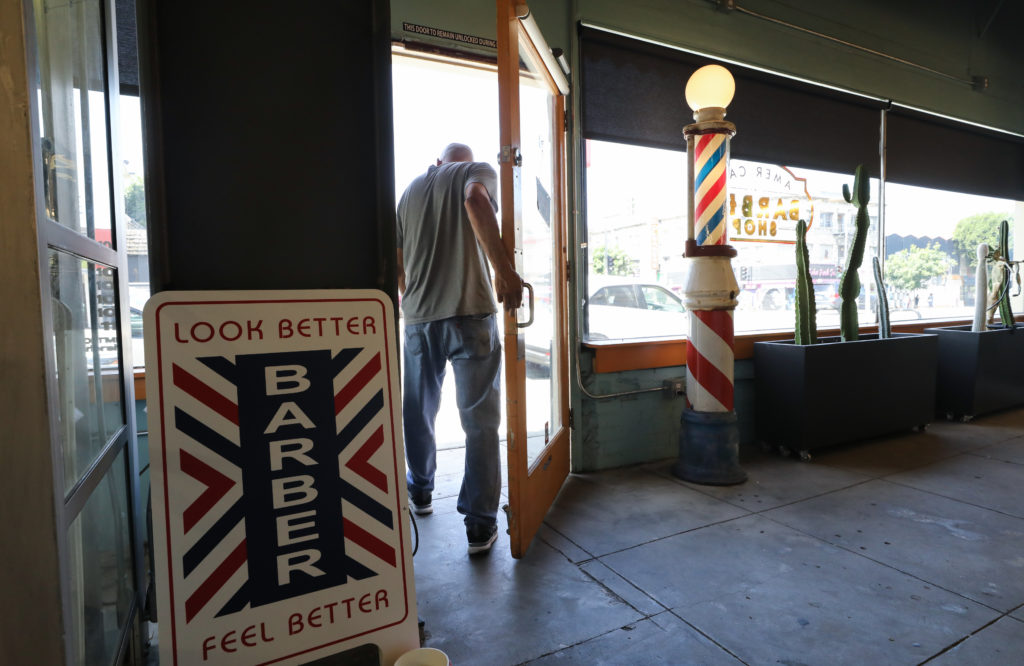 After consultation, also found that Black men were “much more likely to select every preventive service, particularly invasive services, once meeting with a racially concordant doctor.”

Last September, the pressing nature of her research. and Catherine T. MacArthur Foundation awarded Alsan with a MacArthur genius grant, which Alsan plans to use to continue seeking answers to these complex problems.

In addition to being a doctor, Alsan is an applied microeconomist who teaches public policy at Harvard Kennedy School. She’s been exploring how to narrow those gaps since the 1990s, while making Meals on Wheels deliveries to HIV-AIDS patients alongside her mother.

Growing up in the Midwest as the daughter of a surgeon and a nurse, Alsan said she was expected to do service to others, but as a child she didn’t think that she would become a physician and an economist.

“I always wanted to understand better about how things work,” Alsan said.

Racism continues to exact a major toll on Americans and the US as a society. The country has lost $16 trillion over the last two decades alone because of racism against Black people, economist Dana Peterson estimated in 2020. These financial losses took the form of lost wages, housing segregation and disparities in education. The confluence of conditions and disparities have also stolen years from the average Black person’s life expectancy, compared to their white peers. According to data from the National Center for Health Statistics, Black infants and mothers face higher mortality rates than white infants and moms – tragic outcomes that often are preventable with better access to affordable health care.

While Black Americans make up 13 percent of the US population, only 4 percent of physicians are Black, she wrote. Alsan’s 2019 study suggested that when Black men interacted with Black doctors, the gap in Black-white male cardiovascular mortality could shrink by 19 percent. Roughly speaking, that consultation from a trusted source could potentially increase as much as 1.5 years in life expectancy for a Black man, Alsan said.

The Presidential COVID-19 Equity Task Force was broadly influenced by research like Alsan’s. Established during the early days of the Biden administration, the task force’s primary role was to identify disparities and ways to build more equitable access to vaccines, especially in Black and brown communities. These efforts included building up the presence of health care workers who live and serve within their communities.

This work has become no less urgent during the pandemic, Alsan said, who added that as a result of disparities exacerbated by the coronavirus, “the Black-white gap has basically erased 15 years of progress.”

Javarcia Ivory has watched these inequities play out within his own family. Growing up in Clinton, Mississippi, Ivory said his grandfather and older uncles “were less likely to go to the doctor,” in part due to “several breaches of trust that Black people have experienced.” His grandfather, who managed several chronic health conditions , “didn’t feel he was really heard” when he did go visit the doctor, Ivory said.

During his freshman and junior years at Stanford University, Ivory helped Alsan recruit participants for the barber shop study. One Saturday when he was talking to an elderly Black man, the reason the study mattered came into sharp focus. An older Black woman approached Ivory and asked him for documentation about what he was doing. He said he fumbled to answer her, not sure whether sharing information could compromise the study.

Ultimately, he said, the older woman walked away, but not before telling him he needed to have something to give to people about their study, adding “‘We can’t have another Tuskegee.'”

“When she said that, it really struck me just how that [experiment] still has some effect in how we talk about research in marginalized communities,” Ivory said, especially the need for “proper treatment and access to care.” 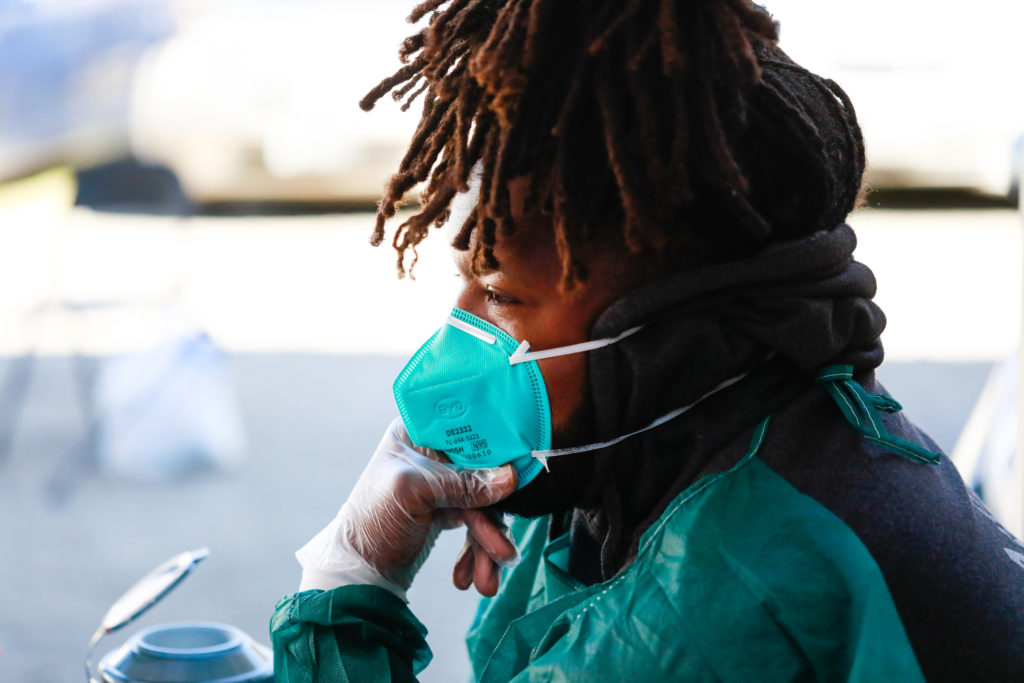 Alsan’s research is difficult to conduct and can be expensive, so she plans to devote her grant money to developing “riskier projects.” She is interested in exploring issues of access in correctional facilities, where there are 11 million admissions to the health system every year and “very little oversight to the type of care that is provided.” Right now, people who are incarcerated have a constitutional right to “adequate care.” But that broad label ultimately becomes “poorly defined benefits,” some researchers have argued, meaning people may actually receive “inconsistent and often inadequate care.”

READ MORE: Arizona’s privatized prison health care has been failing for years. A new court case could change that

“We could improve correctional health care, so people could live healthier in their community, building up that human capital,” Alsan said.

Before Ivory began working on the barber shop study, he had planned to pursue basic research, working in laboratories with mice and rats to solve scientific riddles tied to medicine. But since seeing what was at stake in the Black community, he’s redirected his career to earn a master’s degree in epidemiology. He sees this as contributing to the work to “re-earn the trust of Black patients and minority patients” and reduce health inequities and disparities. And while Ivory knows change won’t happen overnight (“it’ll take generations before we are really able to observe and document the effect,” he said), he remains optimistic that better days lie ahead.