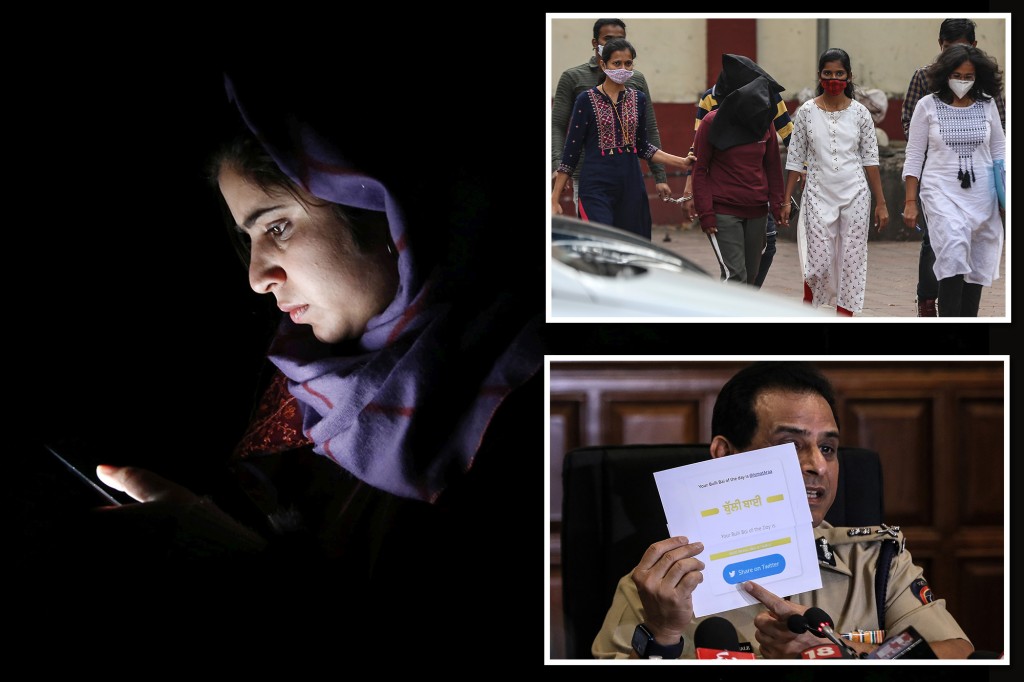 An app has sparked outrage in India for posting photos of over 100 prominent Muslim women in the country in a fake auction listing them as “sale”.

An app called Bulli Bai—a derogatory Hindi phrase for Muslim women—shows pictures of women without their consent and encourages users to bid on them, NBC News reported on Sunday.

Among them was 27-year-old journalist Qurtulain Rahbar.

“It took me at least two to three hours to process,” she told NBC News of her profile.

The app was quickly taken down and several people have been arrested in the scam – but for many of the targeted women, they claim the damage has already been done.

Rahbar, who hails from Kashmir, a Muslim-majority region bordering India and Pakistan, told the network that the app was meant to “sexually harass, humiliate, humiliate and hate women for speaking out against the government” amid the territorial dispute. .

Bulli Bai was not the first of her kind to harass Muslim women in India.

According to the BBC, in July 2021, an app called Sully Deals created profiles of nearly 100 women using images they found online and described the women as “the deals of the day”.

NBC News reported that both apps were built on Microsoft-owned US coding platform GitHub.

The company said in a January 5 statement that it had “long-standing policies against content and conduct that incite harassment, discrimination, and violence,” according to the network.

It said it had suspended a user account “after investigating reports of activity that all violated our policies.”

Rahbar and 26-year-old Fatima Zohra Khan, a lawyer and outspoken critic of Prime Minister Narendra Modi’s right-wing Bharatiya Janata Party, have both been targeted by the app, reports NBC News.

Khan said he was not surprised that the second app was created because there was less legal action against the former.

“I don’t trust the establishment to deliver justice,” Khan told the outlet, adding that he had filed a complaint about Bulli Bai with Mumbai authorities.

According to NBC News, Omkareshwar Thakur was arrested on January 9 in connection with the Sully Deals app in Madhya Pradesh’s Madhya Pradesh and was charged with writing code for it.

Ismat Ara, 23, a Muslim journalist who criticizes the government and India’s Hindu nationalist movement, also appeared on the Bulli Bai app, which she described as a “conspiracy against Muslim women”.

Ara said there has been an “increasing trend of hate crimes against Muslims, especially in the last few years”.

He said that “if the criminals escape from this, then this is no place.” Then not only Muslim women, but every woman in the country can be targeted.

According to a BBC report, a 2018 Amnesty International report on online harassment in India revealed that the more outspoken a woman is, the more likely she is to be targeted.

As NBC News reports, tensions between India’s Hindus, who make up about 80 percent of its 1.4 billion people, and Muslims, who make up 14 percent, go back hundreds of years, but critics claim that Modi’s in 2014 They have grown since taking over. ,