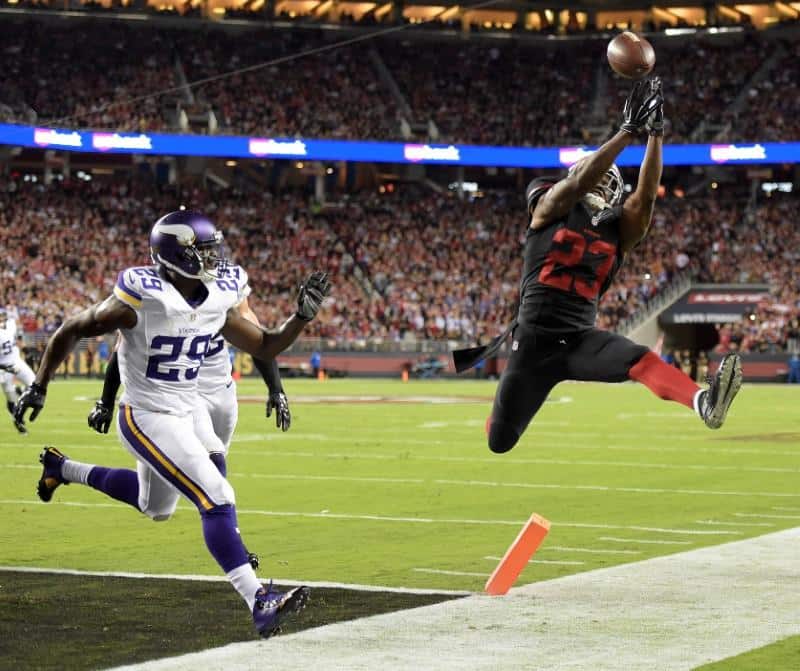 A jury on Tuesday ordered the Los Angeles Rams to pay former NFL running back Reggie Bush $12.45 million in a lawsuit stemming from an injury Bush suffered at Rams Stadium in St. Louis in 2015, according to the St. Louis Post-Dispatch. Gave.

According to the Post-Dispatch, the jury awarded $4.95 million in compensatory damages and $7.5 million in punitive damages after finding then-St. Luis Ram 100 percent responsible.

On November 1, 2015, during a game at what was then called the Edward Jones Dome, Bush ran out of bounds at the end of a play and slid onto a concrete surface between the walls of the outer perimeter of the field and the stadium seats. , suffered from a torn meniscus that ended his season.

Bush, now 33, played one more NFL season, tallying minus-3 rushing yards on 12 carries in 13 games with the Buffalo Bills in 2016. He announced his retirement last year.

A week prior to Bush’s injury, then-Cleveland Browns quarterback Josh McCown was unable to stop himself on the concrete and crashed into a wall before falling onto his back. He injured his shoulder during the play, though he played the following week.

For the Rams’ first home game since Bush’s injury, on November 15, the concrete perimeter was covered with rubber padding.

Bush also sued the public agencies that owned and operated the stadium, but a judge dismissed the lawsuit, noting that the Rams controlled the stadium’s status for NFL games.

The 2015 season was the Rams’ last in St. Louis before the team moved to Los Angeles. The stadium is now called the Dome at America’s Center.

A juror told the Post-Dispatch after the trial that the verdict in Bush’s favor, “had nothing to do with the ram being gone. It’s just about the injury.