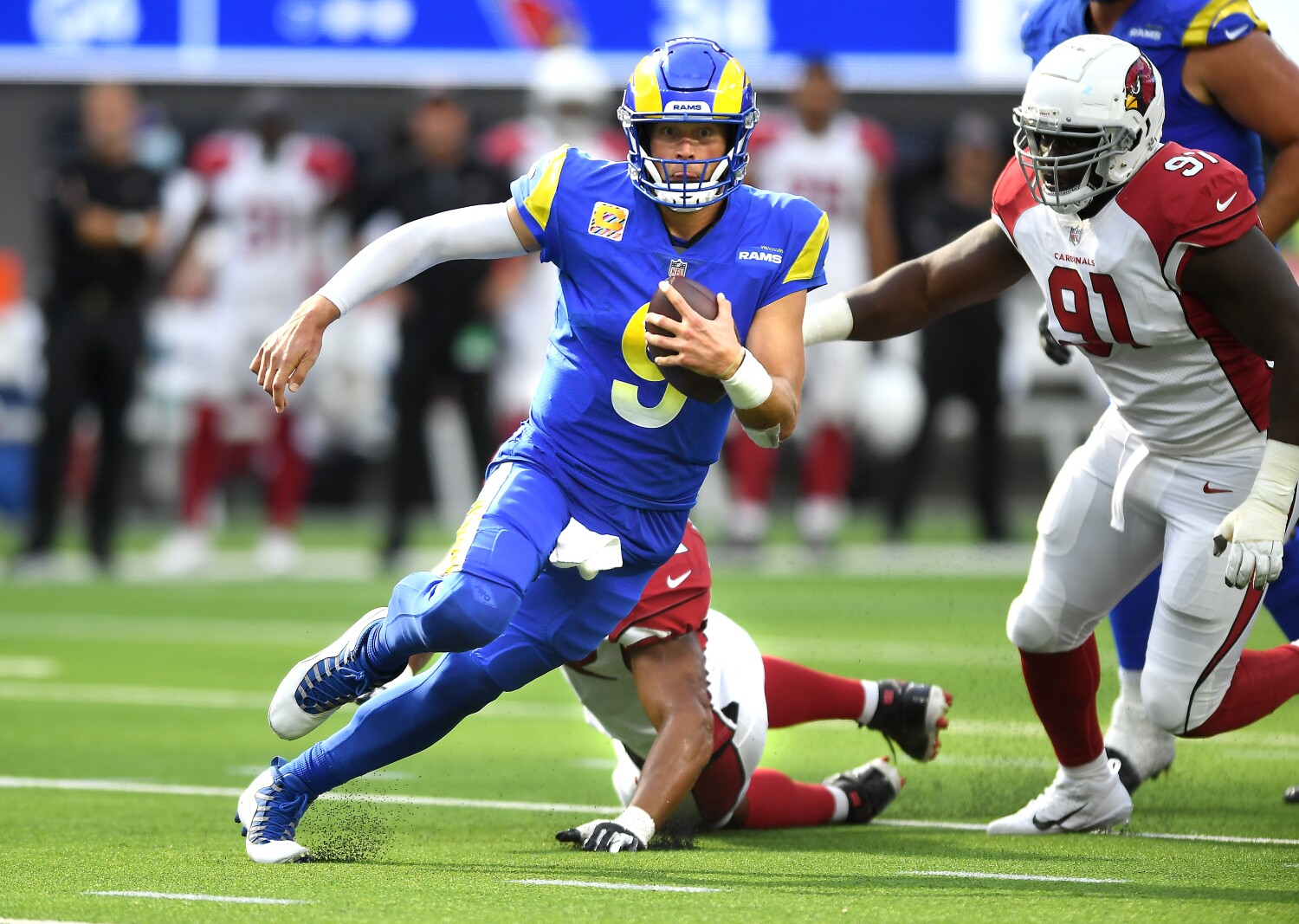 Fears of the Rams playing on a good team were confirmed in an ugly loss to the Tennessee Titans last week. The Rams were more than the favorite to land in their fourth straight game, but the losing Titans hit their third big hit this season with a powerful attack.

The Rams are still favorites in NFC West’s match against the San Francisco 49ers on Monday night at Levi Stadium, but by a much smaller margin.

The second quarter was the best of all for the Rams most weeks this season, but this was not the case against the Titans. After the first quarter, the Rams were leading 3-0, but in the second they lost 21 points and could not find the end zone until the fourth quarter.

The Titans clearly missed Derrick Henry at just 3.5 yards per game, but the Rams were holding back with just 4.7 yards per game, well below the season average that Coach Sean McVeigh’s team had in play.

For the first time in a long time, Matthew Stafford looked embarrassed. He was still throwing 294 yards, but did not move well in the pocket and received a lot of punches, spending some time reporting an injury before the game. The Titans recorded 11 quarterback hits and five sacks.

The offensive line will need to improve significantly against the 49ers’ strong pass. The Nines haven’t got as many defenders as they would have liked, but there are a few playmakers on that line of defense that can do some serious damage. Even without the bags and with only five forced passes, the San Francisco defense is fifth in yards per game, making this the best squad the Rams have seen in quite some time.

Quietly, San Francisco’s offense is ranked ninth in yards per game. Judging by the DVOA ratings of soccer underdogs, the 49th actually ranked sixth in the league’s offense rankings for overall DVOA and fifth for weighted DVOA. The Rams are second in both categories, so they still have the best offense. They also have the best defense, ranking fourth in the DVOA after 17th in San Francisco.

However, don’t let the records fool you. These two teams are closer than a gap of 3.5 matches. The Rams actually lost four straight 49s in this NFC West rivalry.

The Rams are better overall, but their lack of quality opponents is a little worrisome.

VSiN’s morning show “Follow The Money,” featuring Mitch Moss and Paulie Howard, is now streaming on Spectrum SportsNet Monday through Friday from 6am to 9am PT. Tune in or listen anytime on VSiN.com.