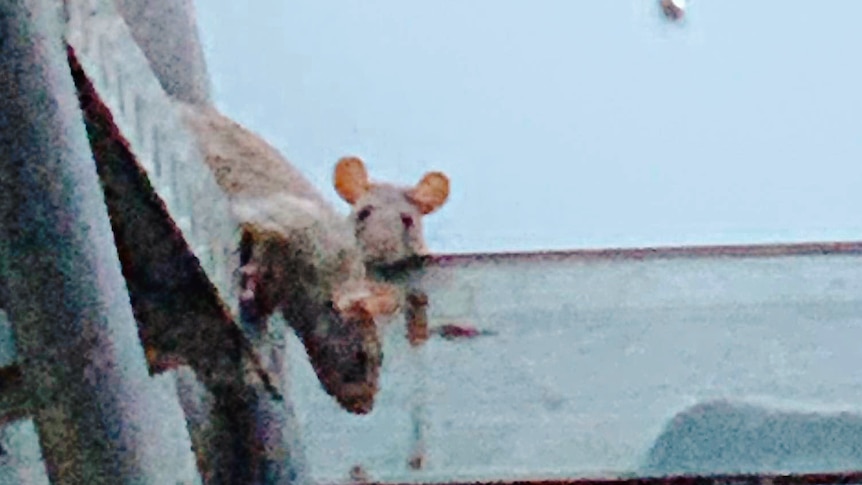 Rats are running rife across the rural Queensland city of Mount Isa as residents grapple with a “widespread” infestation.

Local authorities are cracking down on hospitality businesses in the north-west town, with poor food waste and oil disposal identified as a major cause of the thriving rat population.

Mount Isa City Council Environmental Services coordinator Maurice Thompson said the city could be looking at a rat plague if the infestation is not contained.

“Every business I’ve been in touch with has had a rat problem,” he said.

“It could get to the stage where we’ve got a rat plague and we don’t want to get to that stage.

“So the council is targeting hospitality businesses to ensure they have correct rodent control in place — a few of them have been pretty slack — the rats are attracted to the food and oil waste at these venues.

Mr Thompson said businesses should be disposing of their food and oil waste every day.

“We’re looking at moving food waste on every day rather than bi-weekly and when there’s no food around, the rats will take baits more effectively,” he said.

However, hospitality venues are not the only players exacerbating the issue.

“Residents have a role to play in this as well. Overgrown yards are also harboring these mice and rats,” he said.

“This is not just one business; this is a community problem.

“We’re calling on the community to really get on top of any rat problems they may have,” she said.

“They can contact the council’s biosecurity department for guidance.”

Professor Bob Doneley, head of avian and exotic pet medicine at the University of Queensland, said rats had been a part of civilisation “since someone realised you could put a roof on something”.

He said any spike in rat population was usually linked to food.

“Increases are always going to be associated with the availability of food and, in warmer months, particularly after there has been rain, there tends to be a lot more food around and they breed prolifically,” Mr Doneley said.

Professor Doneley said that while rats were fairly clean themselves, they could carry and spread various diseases, including leptospirosis, Hanta Virus, and bubonic plague.

“It’s one of the reasons cane farmers burn cane instead of hand cutting it — because cane farmers would be exposed to rat urine,” he said.

“Rats will often carry fleas which can also carry infectious diseases like the bubonic plague.”

Professor Doneley urged residents to research the best poisons to use to avoid harming other animals indirectly.

“Some of the newer generation of rodenticides, once consumed by the rat, become poisonous to other animals,” he said.

“But if you’re using the newer generation of poisons like Talon, Bromakil, Tomcat — the whole rat becomes poisonous and there’s a risk of secondary poisoning that can harm native animals,” he said.