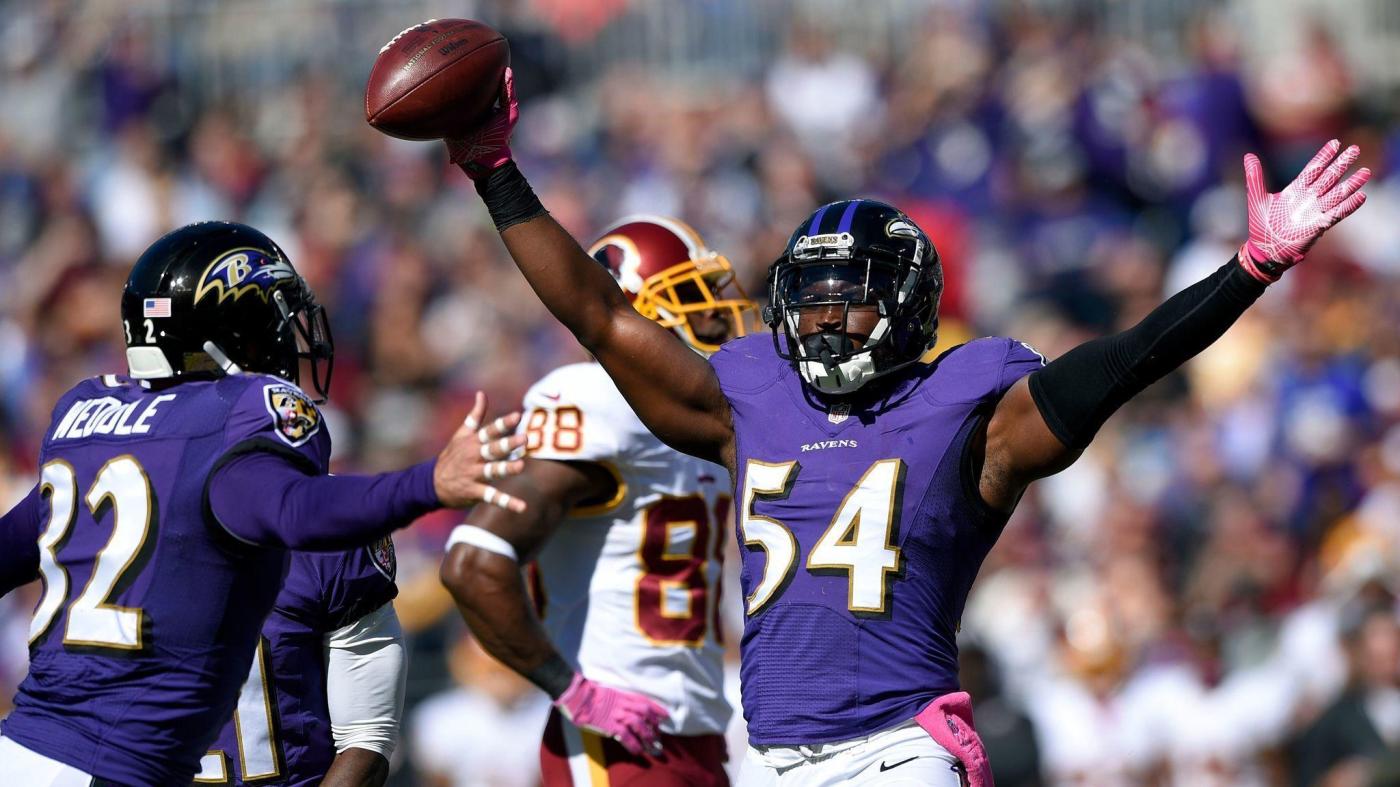 The Ravens have added five new assistant coaches, the team announced Wednesday, stabilizing the staff after a month of attrition in Baltimore.

Orr, 29, was an All-Pro inside linebacker for the Ravens in 2016, when he posted career highs in tackles (133), tackles for loss (six), passes defended (five) and interceptions (three). He’ll reunite in Baltimore with first-year Ravens defensive coordinator Mike Macdonald, who served as a coaching intern during Orr’s rookie season in 2014 and then as a defensive assistant from 2015 to 2016.

Orr transitioned to coaching in Baltimore after retiring in 2017 because of a congenital neck/spine condition. He served various roles on the Ravens’ staff from 2017 to 2020, including working as a coaching analyst and as a player personnel and coaching administrative assistant. He spent last season as the Jacksonville Jaguars’ outside linebackers coach.

“We’re excited to welcome Zach back to Baltimore,” Harbaugh said in a statement. “Having previously played and coached for the Ravens, Zach has first-hand knowledge of our culture. He understands the standard of defense we strive to uphold. His knowledge, passion and communication will have a big impact on our inside linebackers.”

“George has a proven track record of coaching some of the NFL’s best offensive players, especially at the tight end position,” Harbaugh said. “He brings a wealth of knowledge, energy and experience to our staff. Tight end is an integral part of our offense, and George is someone who will help our group continue to play at a very high level.”

“Throughout his NFL career, Rob has coached many impactful defensive players,” Harbaugh said. “He’s a strong addition to our coaching staff, and his experience and knowledge will certainly benefit our outside linebackers. I’m excited to see how he helps our unit work to compete at a dominant level.”

Devlin, 52, spent six seasons (2015-20) coaching the Texans’ offensive line. He held the same role from 2013 to 2014 with the New York Jets, where he also coached tight ends from 2006 to 2012. A former offensive lineman himself, Devlin played in the NFL for seven years with the Buffalo Bills and Arizona Cardinals. He’ll work alongside offensive line coach Joe D’Alessandris in Baltimore.

Osborn served as a defensive analyst at Michigan under Macdonald last season. Working with the Wolverines’ outside linebackers and defensive line, he helped develop defensive end Aidan Hutchinson, a Heisman Trophy finalist who finished with a single-season school-record 14 sacks, and outside linebacker David Ojabo, another All-American and projected first- round pick in April’s NFL draft.