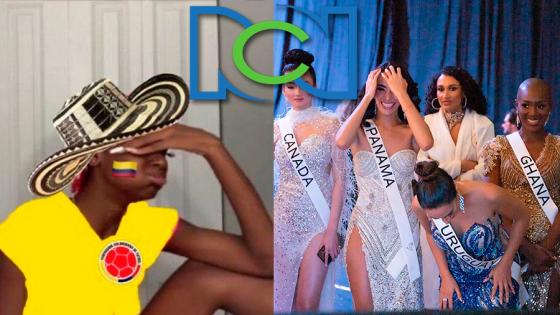 Unfortunately for many, Colombia’s representative María Fernanda Aristizbal was eliminated after the first round of 16 semi-finalists.Which prompted dozens of responses on social networks.

Thereafter the candidates They had the opportunity to parade dressed in bathing suits and evening gowns. In the first parade, María Fernanda wore a flag representing her social cause to care for water, with the insignia “SOS Water” on it. Later, she took to the catwalk in a stunning emerald-colored dress encrusted with precious stones, which exposed her slender figure and left onlookers open-mouthed.

Despite the fact that she was one of the favorites of the public and was considered one of the most beautiful, Maria Fernanda failed to advance to the next round of five finalists., Faced with this, thousands of users on the social network were disgruntled, unhappy and pointed out that it was an injustice to the Colombian people.

“Maffei didn’t lose Miss Universe, Miss Universe lost her”; “Mafe, you didn’t win, but you are the queen of Colombia and the queen of all hearts. What a wonderful and beautiful woman. You are the best thing to be proud of!”; Some comments were, “Mafe very much deserved that crown and as always, he robbed us.”