Real World Economics: Defense vs. trade is not a zero-sum game 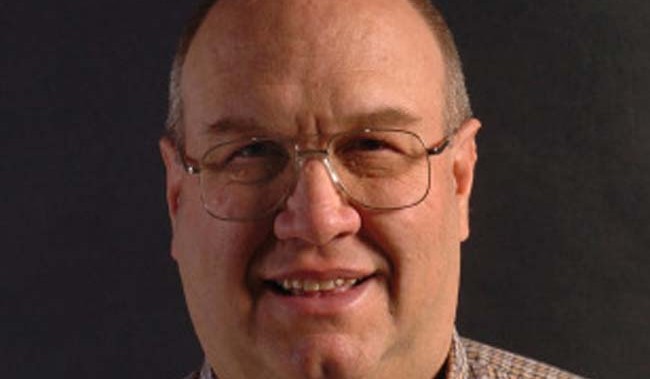 History is full of examples. The US had a 41-year program of high tariffs on imports of raw wool, wood fibers, cloth and apparel coupled with subsidy payments to sheep raisers — supposedly because our military forces had experienced bitter cold in the Korean War. Yet there has never been any impediment to wool imports from Australia, New Zealand or other exporters. These import taxes cost US consumers and the subsidies cost US taxpayers more than the subsidies helped sheep raisers — including me.

Similarly, when then-President Donald Trump cited “national defense” in imposing tariffs on steel and aluminum imports from Canada, it also had the advantage of bypassing needed congressional approval of the tariffs. Never mind that Canada is our closest ally and was a large, very reliable source of both during five wars over a century.

The problem is that, despite their cynical misuse, patriotism and national defense both remain legitimate issues. When Samuel Johnson, the famed 18th century English commentator, first linked patriotism with scoundrels, he clearly was not criticizing patriotism, only its cynical use by one politician.

Similarly, invoking “national defense” may be abused to gain narrow political advantage, but that does not mean that it should be ignored in crafting appropriate trade policies.

We see these problems right now as key industries, including auto manufacturing, are impeded by transportation bottlenecks on imports from China. Similar problems trouble electronics manufacturing, including for military devices. Use of rare earths for batteries and other purposes continues to rise. Production of these is concentrated in China and a few other countries. US domestic production is a small fraction and will continue so under nearly any scenario.

so what? Won’t ocean shipping bottlenecks be corrected in months? Perhaps, but the tense face-off with Russia over Ukraine, the increasing strains over Chinese assertions of national sovereignty of its surrounding waters, a return to missile testing by North Korea and uranium concentration by Iran (after Trump withdrew us from the six-nation agreement limiting it), all demonstrate that international conflict is not a historical relic – nor is national defense as a priority.

Indeed, Germany’s plight in NATO’s face-off with Russia illustrates how dependence on imports of a key resource creates leverage in military confrontation. Germany is shutting down nuclear generation of electricity and reducing coal use. So it is highly dependent on imports of natural gas from Russia in existing pipelines. If Russia chooses to shut down those pipelines or if open warfare does so, Germany’s economy will grind to a halt and Germans themselves will freeze in the dark.

There is much history. The crude oil export halt by key Arab countries after the 1973 Arab-Israeli war threw our economy and those of many other nations into a tailspin with multi-year aftereffects.

In World War II, both Germany and Japan lacked their own crude oil sources. That was a large factor in their eventual defeat. Earlier, German submarine warfare reduced crude shipments from the Texas Gulf Coast to the United Kingdom to a degree threatening that country’s military activities. German attacks on tankers drew Brazil into the war as our ally.

The very threat of energy cut-offs can shape a country’s defense policy. Italy had virtually no crude oil within its borders. Its own coal was of poor quality. Importing coal from the UK was inexpensive but made Italy highly vulnerable to a British embargo much less a wartime cutoff. So Italy subsidized its coal mines. Two Italian engineers innovated a locomotive boiler that improved efficiency and could handle poor coal. But securing petroleum was one factor in Benito Mussolini’s attempted grabs for Africa colonies that contributed to 1930s tensions.

Similarly, the 1941 US cutoff of oil exports to Japan was the key in its decision to wage war and drove its early lunge to seize oil fields in Dutch-controlled Indonesia.

Another example is the scramble, early in World War II, to grab very limited supplies of uranium ore as the possibility of an atomic weapon became clear to both the allies and Germany. Luckily, the US and Britain won the race.

So, are we in a situation now where US dependence on imports of key raw materials and components threatens our defense? Probably, though its degree is highly debatable.

What to do? Historic measures were to increase domestic production by limiting imports and subsidizing domestic producers. That was the 1954 Wool Act. But like under it, trade restrictions and subsidies both cause economic problems. Both are subject to abuses involving the transfer of money from the Treasury, other businesses and consumers to a few favored producers. But if the defense need is real and vital, there are no other alternatives. All one can do is try to design program specifics to minimize this.

One also must understand that overtly imposing policies to bolster defense can, in itself, contribute to international tensions. Relations with China are becoming more contentious already, especially over issues, such as its treatment of ethnic minorities, that China sees as a strictly domestic issue. Open trade reduction policies would stoke these tensions.

However, it helps for us to realize that both China and Russia have reason to fear based on geography and history remembered by people still living. These two nations are the ones that suffered deaths of the highest proportion of the total population of any involved in World War II.

Furthermore, it is hard to find a nation more vulnerable than China to a cutoff of international trade because of war. It has an enormous population relative to its domestic natural resources. Its economy is highly dependent on both imports and exports. It is uniquely vulnerable to submarine warfare and its major potential adversaries and many of its neighbors are increasing their submarine capacity.

The present situation is fraught with dangers and there are no clear or easy paths forward for our nation nor for many others. Expect this issue to get more attention as time goes on.

St. Paul economist and writer Edward Lotterman can be reached at [email protected]