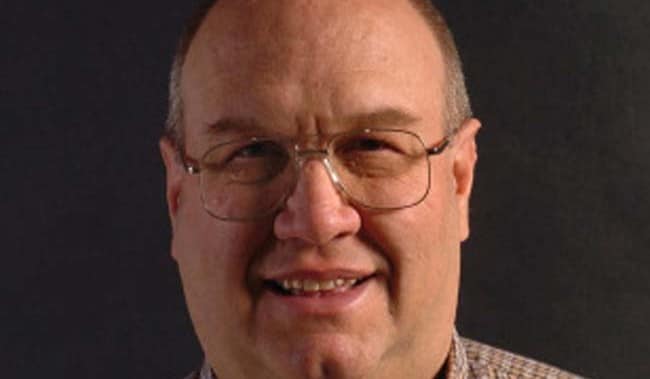 Some headlines proclaim that “the dollar has strengthened.” Others say, “weaker euro”. Both are correct, insofar as the terms “stronger” and “weaker” are used in the currency markets. But is this development really good or bad for our economy? Or for the economy of Europe? Or, more broadly, who among us benefits and who suffers?

Here’s a similar situation: Someone says, “It’s going to be a lot hotter this afternoon.” Good or bad news? Well obviously it depends. If the temperature is 29 degrees below zero, the water systems freeze and no car starts, warming up is good news. Higher temperatures would be very welcome. However, if it hasn’t rained for weeks, the garden is listless, the air conditioner is flickering, and it’s already 92 degrees at 10 am, further warming may not be good news.

The value of the dollar in relation to other currencies is like this, whether an exchange is good or bad depends on the initial situation. And, because an exchange rate is just a price, it depends on whether you are buying or selling.

All of this matters because the euro, a common currency used by 19 European Union countries with a combined population of 343 million, simply “dropped” to parity with the US dollar. One euro can be traded for one dollar on international currency markets for the first time since November 2002.

Understand that, like the prices of many things traded internationally, exchange rates fluctuate widely. When the euro was first introduced on January 1, 1999, it took $1.16 to buy 1 euro. It had fallen to 85 cents in November 2000, but then peaked at $1.58 in September 2008.

How does that affect the average Minnesotan? Once again, it depends on whether you are selling or buying.

Take the farmers. The farm price of a bushel of soybeans averaged about $8.80 over the two decades from 2000-2020. That price for a European buyer would have been €10.35 in 2000, €5.57 in 2008 and €8.80 this week. Of course, the price of soybeans in the US has also fluctuated over time, so the actual cost to European buyers on those dates was not this exact number. But the principle is the same. Our now “stronger” or more expensive dollar makes our country’s exports less attractive to foreign buyers. Less soybeans are sold, Minnesota farmers are worse off.

On the other hand, a “weaker” or less expensive currency makes Europe’s exports more competitive for foreign buyers. It sells more, the producers are better.

Take American consumers. Here, buyers of European products are also better off. Consider a German-made Volkswagen priced at €30,000. Today it would be $30,000 for an American buyer. Just a year ago it would have been $35,700. At the 2008 exchange rate, it would have been $47,400. Clearly, consumers who buy new cars benefit from the “strong” dollar. But GM and Ford suffer, as do their employees and suppliers. They are in the same boat as Minnesota farmers who see fewer purchases of their corn, soybeans and wheat.

So the one-to-one parity of the euro to the dollar is good news for American consumers who buy cars or take vacations on the coast of Norway or on the Rhine. It’s bad for farmers, it’s bad for medical device companies and its workers. It’s bad for American manufacturing in general.

Understand that all of this takes place in a global economy of many nations. So the extent to which a more expensive dollar hurts US soybean sales in Europe also depends on what has happened to the value of the euro against the Brazilian real, the currency of the world’s other big soybean producer. If the euro were to lose value against the real in exactly the same proportion as it did against the dollar, Europe would import less soybeans overall due to a generally higher price. Consumers there will pay more. But the relative competitiveness of the US against Brazil as exporters will not have changed.

So if imports from Europe will now be cheaper, what about goods brought in from China? Well, those are a little cheaper too, but not by much. It takes 15 percent fewer dollars to buy something priced in euros than it did in July 2021, but for things priced in renminbi, the official name of China’s currency, the drop is just 3 percent.

Why the big difference? In general, there are two reasons. The economies of the eurozone nations are much more affected by the war in Ukraine than those of the United States or China. And, while the European Central Bank is limiting the supply of euros and raising interest rates as is the Federal Reserve’s actions here, the Bank of China does not face the same pressures to tighten.

Details can be crucial. Western Europe in general faces greater impacts from war than the rest of the world. Germany is featured in the news as a nation whose economy is suffering from inflationary shocks due to rising energy prices. It also faces industrial closures if Russian natural gas is cut off. And Germany is by far the largest of the economies that use the euro.

Sweden is in a similar boat, but still has its own currency. It receives less attention and is less dependent on Russian gas for its industry. But the Swedish krona has lost value against the dollar even more than the euro. Factors include the underappreciated extent to which Sweden trades with Russia and the fact that the fighting has prompted a change in Sweden’s 200-year-old policy of neutrality. Major political adjustments affect currency values.

Switzerland, also neutral and industrial, but with much less trade with Russia or Ukraine and ample supplies of hydroelectric power, has also seen the value of its franc fall relative to the US dollar, but at half the adjustment of the euro or krona. .

In short, the factors that affect the relative values ​​of different currencies are really complex. But the fact that a less expensive or “weaker” currency helps producers, exporters, and employment, and that a more expensive or “stronger” currency helps consumers and reduces inflation remains generally true. The balance sheet for Minnesota is unclear, but we are probably closer to the “net loser” end of the balance sheet than many other states.

St. Paul economist and writer Edward Lotterman can be reached at [email protected]