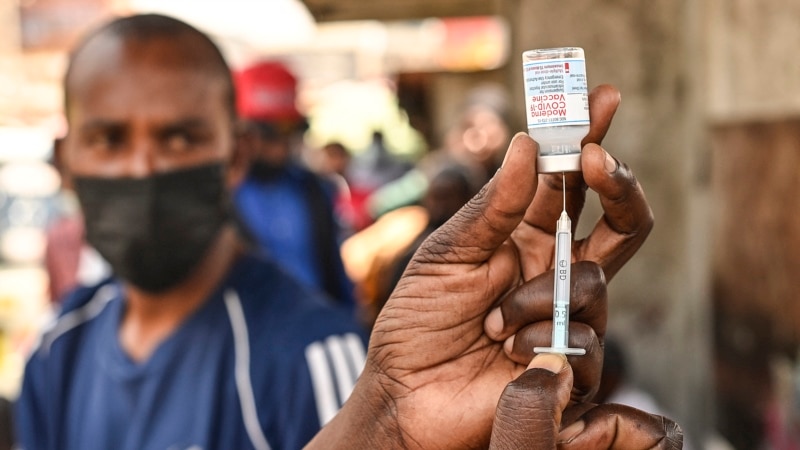 Kenya has reached an all-time high COVID-19 infection rate with nearly a third of the tests having positive results. Scientists believe the boom has been fueled by the highly permeable Omicron version of the coronavirus. But Kenya also has low rates of hospitalizations and deaths.

Kenya is grappling with a wave of more COVID-19 infections than any since the coronavirus pandemic began in 2020.

The positive testing rate has increased from 6.5 per cent to around 30 per cent in the past one week.

The World Health Organization labels a country high risk if its positivity rate exceeds 5 percent and advises affected countries to consider restrictions to limit the spread of the virus.

However, Githinji Geetahi, head of research group Amref Health Africa International, says that many people coming to hospitals for treatment of corona virus do not need to be admitted.

“We have a lot of outpatient visits to hospitals, in clinics, but largely outpatients, outpatient numbers have almost doubled, but no hospitalizations,” Geetahi said. “We are not seeing many hospitalizations, oxygen requirement, ICU-HDU as expected, which indicates that people who are infected may have their earlier immunity, vaccination plus initial Infection or just that particular type is mild and not causing serious illness.

Some countries have resumed lockdowns to fight the spread of the Omicron type. But the East African country has been reluctant to do so.

“I can’t attribute it to the new strain. I think it’s more likely to happen because people became complacent because the level of transmission was very low for a long time,” Song said. “He recognized that the disease was subsiding and that his guard was not as important as before.”

In Kenya, wearing a face mask is mandatory, but the mandate is rarely followed or enforced these days.

Geetahi says that unless more population is vaccinated, there will be waves of COVID-19 in the country.

“As always, the wave will burn and we usually take the wave about three-four weeks and then they come to a halt,” Geetahi said. “It is growing very fast which may also mean that it can also decrease rapidly maybe two-three weeks. So, we expect it to happen, but people need to get vaccinated so that there are fewer vaccinations. There should be no increase in hospitalization in case of outbreak in containment zones.”

Of the estimated 54 million people in Kenya, about 9 million have received at least one dose of the COVID-19 vaccine, and only 3.6 million have been fully vaccinated.