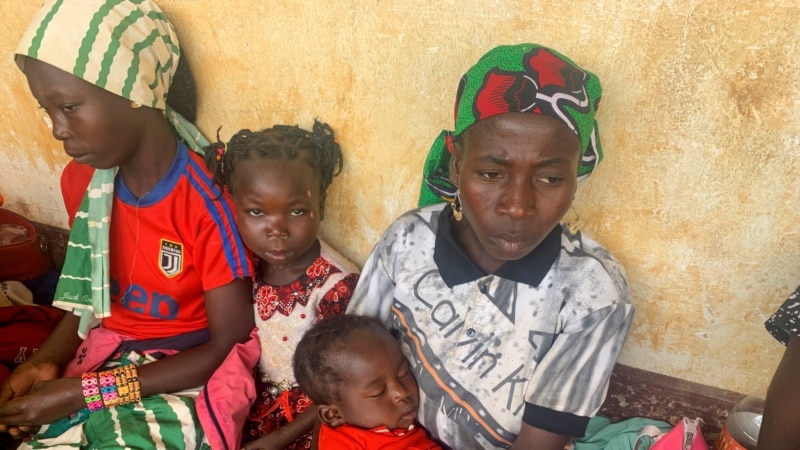 Refugees from the Central African Republic in Cameroon have returned home after fleeing political and sectarian violence there since 2014. There are about 300,000 CAR refugees in Cameroon, most of whom are women and children. Hundreds of people have agreed to return home after Bangui promised to restore peace to their towns and villages.

Cameroonian authorities on Wednesday provided food and blankets to some 300 Central African refugees at a camp in Gado Badzere who agreed to return home.

Thirty-five-year-old farmer Robert Bisa is one of the refugees returning to the Central African Republic this week.

He left the CAR in 2017 after a rebel attack on a military base that killed civilians and destroyed a shop where he sold his produce.

Bissa said he had received assurances from his family back home that peace had returned to his village south of the CAR, adding that he intended to go back to his farm and grow beans and groundnuts.

Cameroonian officials and the United Nations refugee agency (UNHCR) say 2,500 refugees, mostly women and children, have agreed to return home before the end of this year.

Beer said most of the refugees have not accepted to return voluntarily because security in the CAR is unstable, but added that some towns and villages have been pacified by the CAR’s forces.

A CAR official who received the refugees at the border said they would be re-integrated socially and economically and ensured their safety and security.

Cameroon’s regional administration minister, Paul Atanga Nji, said forces from both sides would protect the refugees as they were returning home.

Nji said there is still a problem with CAR rebels in Cameroon stealing supplies and kidnapping civilians for ransom.

“It is important to reiterate President Paul Biya’s directive that the departure [of refugees] Must be voluntary and the convoy should have all necessary security measures. We have asked the security forces [military] To accompany the convoy in Cameroon and until we reach the border (border), security forces from the neighboring country [C.A.R.] Will continue with the convoy,” he said.

Violence between armed groups erupted in the CAR in 2013, when then-president François Boziz was ousted by the Muslim minority rebel coalition Celica.

In January 2021, hundreds of CAR citizens fled from sporadic clashes after the presidential election, many of whom fled to Cameroon.

The United Nations says that since 2013, nearly one million Central Africans have fled conflicts in neighboring Cameroon, Chad, the Democratic Republic of Congo and Nigeria.

Voluntary repatriation of CAR refugees started in 2016 but was suspended in 2020 due to the COVID-19 pandemic.