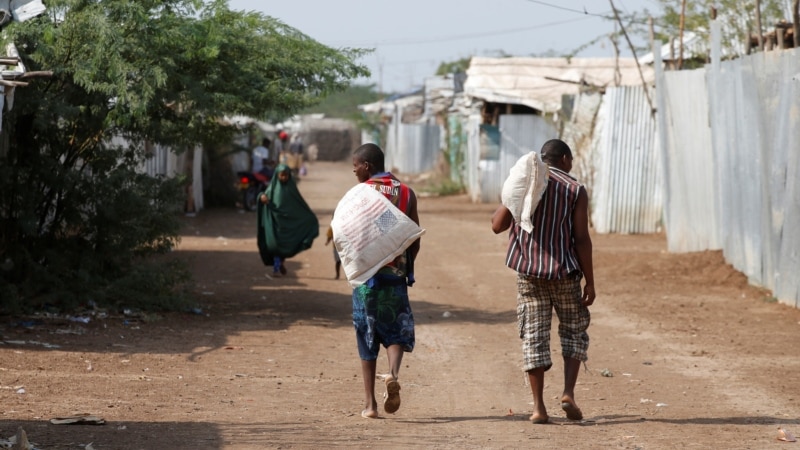 The 28-year-old South Sudanese refugee – who grew up in the Kakuma refugee camp in northern Kenya – never dreamed that he would one day work as an apprentice at a major law firm.

Kenya has been commended for passing a law providing better access to education and employment for the hundreds of thousands of refugees living in the country. While some refugees in Kenya are taking advantage of the 2021 law, many are facing challenges including the government’s plan to close refugee camps by the end of June.

Ajak, now a graduate of law school, says that thanks to Kenya’s Refugee Act, getting a job is much easier than it used to be.

“You had to get a research permit before you could start research,” he said. “You had to get [an] Internship permits – all those things, before starting an internship. Now this means, you will not need any other additional procedure, but only your qualification.”

The Refugee Act which was signed into law last year came into force in February. About 500,000 refugees living in Kenya stand to benefit from this measure.

Jamin Kusuaniya, project manager for the International Rescue Committee in Nairobi, said the old policy restricted the movement of refugees.

“The biggest refugee problem in this country since 1991 has actually been the current policy where refugees are domiciled to live in special camps,” Kusuania said. “And what we see in the Refugee Act of 2021 is that it moves toward removing that aspect of the incumbent.”

Implementation of the Refugee Act has been slow. Speaking to VOA, Stanley Mwango of the Department of Refugee Services said that parliament has not passed the regulation framework for the new law.

“The new law is part of the Kenyan government’s refugee integration programme,” he said. “More than 400,000 people currently live in refugee camps, mostly from South Sudan and Somalia.”

Kenya’s government has said it will close the camps at the end of June, citing security reasons earlier. So far, there have been no evictions and relatively few people have left the sites voluntarily. For most refugees, the home is Dadaab Camp, which borders Somalia, or Kakuma, which borders South Sudan.

Kenya has the largest refugee population in Africa. Aid agencies say more work is needed. Kusuaniya said that the authorities need to be proactive in dealing with the current issues.

“The government will need to revisit the timelines that they actually are, but now also take cognizance of the Refugee Act of 2021 and start rethinking what needs to be done to handle refugees in the country,” Kusuaniya said. ” “Then why do we need to move the refugees out of the camps? Because it needs to be a roadmap towards a solution.”

For Ajac, the new law could not have come at a better time. After being withheld because of refugee status, the new law allows him to apply for entry and job promotion as an advocate in the High Court of Kenya.

“It has enabled refugees to actually access certain services without being restricted,” he said. “And so you see some of us are very optimistic.”

Ajak has also left the camps and now lives in Nairobi. If the Refugee Act is implemented, more refugees like him could see their future brighter.

The Showbuzz: Playhouse pleases with Williams-true “Cat on a Hot Tin Roof”