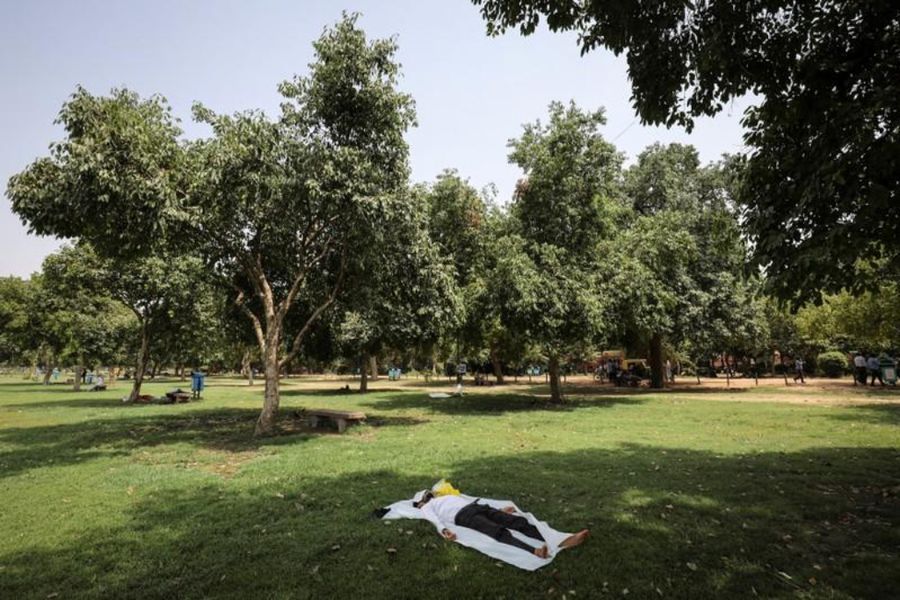 “The heat waves affected the residents of the most vulnerable communities more than the rest. For this reason, we have decided on an ambitious plan”, says Governor Claudio Orrego. And that plan, as indicated by the Territorial Government (GORE), is already underway. Its name: Urban Woodland. Initial budget: $2,000 million,

The program for planting, protection, prevention and recovery of the environment in the metropolitan area aims to provide trees along 20 km in communities with a lack of green areas, and for this the department Gore Environment allocated $1,998 million pesos for the initiative, The executing agency for the project will be Corp. Cultiva, an NGO specialized in regenerating native forests and improving public spaces.

According to information provided by GORE and Cultiva, the program will benefit 34 municipalities, with training for the commune’s residents and also managing social-environmental programs in schools.

“In the case of our city, heat waves have affected residents of the most vulnerable communities more than the rest. For this reason, we have decided on an ambitious plan to plant 200,000 new native trees in those communities that are most vulnerable to heat islands. The plan starts (this year) with 30,000 new trees and then will continue with the 170,000 that we will do through other lines”, explains Orrego. The work is expected to be completed in November 2024.

Mattias Herceg, executive director of Cultivasays that “for approximately 3 years, Cultiva will be in charge of providing the city with new trees as well as training for their proper care and evaluation, in addition to reaching more than 68 schools with environmental training programs.”

And he adds: “In this way, we will continue to take action to sow socio-environmental awareness, help prevent and mitigate the problems associated with the climate crisis, and reduce the loss of green areas in vulnerable areas.”

The work, as per the initial plan, envisages planting of native trees such as quile, hueuingan, quebracho, maten and pumo. All of these correspond to species endemic to the central zone and perennial leaf, ie the leaves remain green during all seasons of the year.

for Osvaldo Moreno, Professor and Master in Landscape, Environment and the City at the UC School of Architecture, the choice of these trees is positive. “By preserving their foliage in autumn and winter, these species have a greater capacity for carbon sequestration and suspended particle retention, which contributes to our city’s air quality when it matters.”

However, the academic cautions that the initiative must be well-planned to yield good results: “The provision of trees is not the same as having a free range, it has to be in tight spaces that require conditioning its adequate growth.” and create other urban problems in roads and sidewalks. The distance and scheduling of irrigation are once again relevant factors that must be considered in planning and design,” explains Moreno.

For him Daniel Muñoz, agricultural engineer from the Catholic University of Valparaíso and manager of Ingewerde’s administration and projectsThe choice of tree is fundamental, as it must be adapted to the Mediterranean and semi-arid climate of the metropolitan area.

“The right tree must have at least three characteristics: low water consumption, rapid growth, and hopefully wood that is resistant to rot and wind. There are many native species that have these characteristics, but are very fragile. , like Quile,” he says.

Muñoz, who was in charge of the implementation of the La Pintana Network Corridor, Las Perdises Park and Landscaping of the South Access to Santiago, among other works, warns that in the case of quills, the wood softens in the first stage of development, that is, in the first five or ten years. It also recommends taking into account the municipality in which the trees will be planted.

“When the municipality does not have enough resources, the water tank truck passes by once a week and those trees dry up. This cannot happen, as they require more water in their first years”, he argues.

According to Muñoz, we should consider other species better resist water stress: “The soft tendon, or False Bell Pepper, is a good option. Its only weakness is that it does not tolerate frost well. She also Brachychiton populence (which stores water in its stem), Parkinsonia why black locust pseudosekia They are tough trees.”

The National Urban Development Council (CNDU) established a standard of 10m2 of public green areas per resident. However, according to data provided by the National Institute of Statistics in 2018, only seven communes of Greater Santiago meet or exceed the standard: Vitacura, Recoleta, Lo Barnechia, Providencia, Cerrillos, La Reina and Huechuraba.

Most of them (Vitacura, Lo Barnechia, Providencia and La Reina) correspond to communism “without social priority”., a criterion established by the Ministry of Social Development and the Family to classify communities according to their level of socioeconomic development. Thus, communities without social preference tend to have the best indices in terms of income, education and health.

According to a report released in 2021 by the Regional Ministerial Secretariat for Social Development and the Metropolitan Family, the system “allows the identification of communities that require an effective institutional response through various programs, projects and actions carried out by the state”. Is required”. And in this sense, the three remaining communes (Recoleta, Cerrillos and Huechuraba) are located in different strata: Cerrillos and Huechuraba correspond to communes with low social priority, while Recoleta is in the range of high to medium social priority.