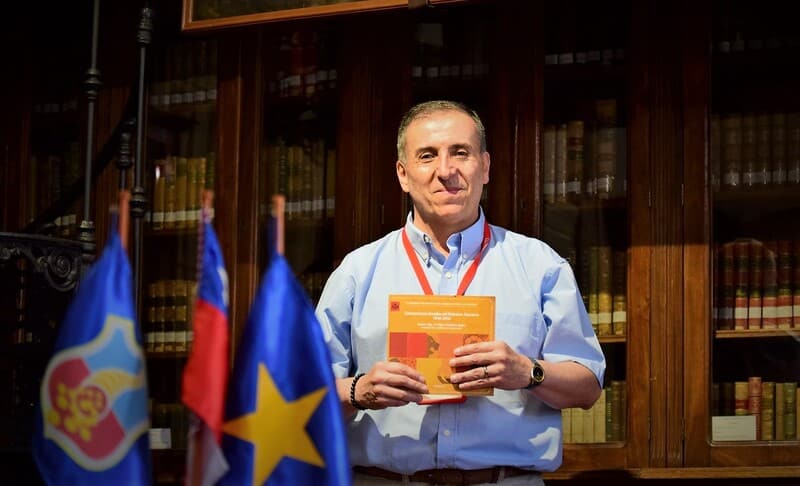 The director of the unit, Dr. Guillermo Cortes, explained that the publication can be downloaded from the museum’s website.

Thanks to the success of the historical publication booklets developed by the Atacama Regional Museum, its director Guillermo Cortés put forward the details of the fifth publication that will be carried out during the first months of 2023 and that will address the theme of science.

“History Books of the Atacama Regional Museum is a didactic-educational museological initiative that tries to give in a small book, in this case called a notebook, a story about the Atacama region or some relevant topic The first was called Atacama in the 16th century, the second Chancarillo When Silver Sprouted from the Mountains, the third, Atacama Battalion and the fourth, Golden Generation of Chilean Soccer and now the fifth A Historical Look at the Evolution of the Sciences, Museum signaled to the director.

For Cortés, the decision was made to elevate science to greater dissemination and interest on the part of the community and what the contribution of science has historically meant to the development of humanity. “It was important to have a chronology of the development of science, which is quite ambitious, from prehistory to the present (…) Here we are going to talk about Einstein’s theory and relativity in such a way that a child, but also a scientist, would find it interesting Can get”.

In the publication you will find prominent figures such as Steve Jobs, but also outstanding local figures such as Enrique Gigoux “a Copipano who became the director of the National Museum of Natural History and who is the great naturalist of northern Chile and where we also make the role of women in science A special mention for”.

The author of the publication announced that, in addition, the story of María Graciela Hinojosa, the first female pharmacist in Chile, and Carmen Schwarz, the country’s first female mining engineer, will be told.

This new historical notebook is expected to be available for free download during January 2023 on the museum’s website www.museodeatacama.gob.cl or on the entity’s social networks.