Rejuvenated Magic kick off homestand with win over Timberwolves 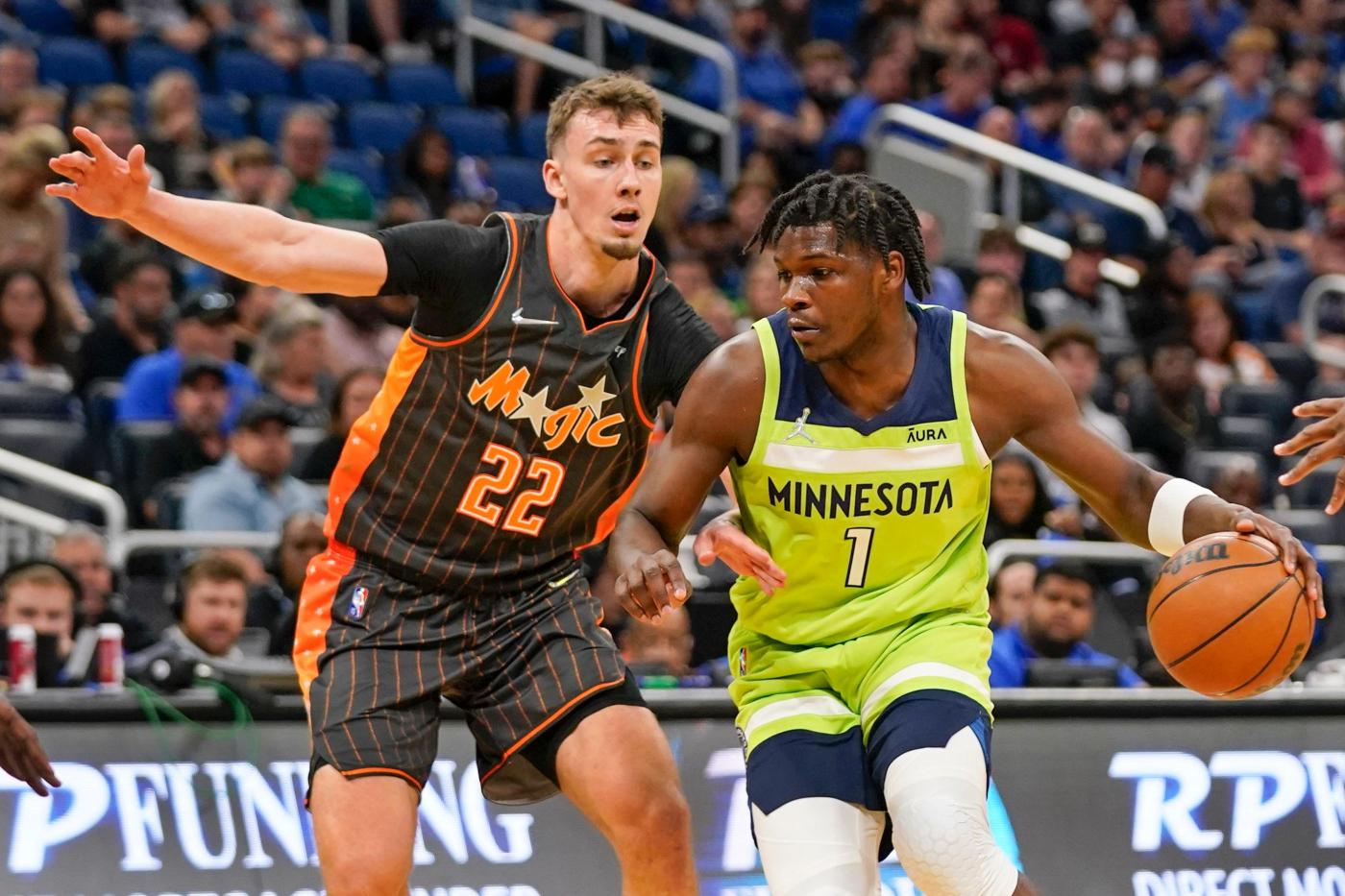 Orlando Magic coach Jamahl Mosley had more options of lineups to use during Friday’s home 118-110 victory against the Minnesota Timberwolves than he’s had all season.

Of the Magic’s 16 players (14 players signed to standard contacts and two on two-way deals), only two — Jonathan Isaac and Bol Bol — weren’t available. It was the first time Orlando had 14 players available after dealing with injuries and COVID-19-related absences earlier in the season.

Orlando had the most games missed by injured players and health protocols (390) as of Friday, which was 68 more than the next closest team (Los Angeles Clippers at 322), according to mangameslost.com, an injury analytics website,

“It’s really great to be able to have those options and keep looking at different lineups and rotations,” Mosley said. “These guys do such a great job of understanding when they’re in that game the minutes they’re playing and how they’re playing them.”

It was the first time Orlando had multiple players record 20-plus points and 10-plus rebounds in the same game since Dec. 30, 2018.

After trailing by 18 in the first half, the Magic used runs at the end of the second and third quarters to take a 107-95 lead in the fourth. The Timberwolves cut Orlando’s advantage to 109-108, but the Magic (18-50) held on for their fifth win in eight games since the All-Star break.

Gary Harris, who’s been in the rotation when healthy for most of the season, was a healthy scratch for the second time in the last week.

Since Fultz returned from his left knee anterior cruciate ligament tear against the Indiana Pacers on Feb. 28, either Harris or Ross has been healthy scratches in the games Fultz and the rest of the team’s backcourt is available as Orlando continues to prioritize its young players’ development.

Fultz, who had 14 points, 7 assists and 3 rebounds in 18 minutes off the bench, is not playing in back-to-backs.

Neither Isaac, who tore his left ACL nor Bol, who had right foot surgery in January, have been ruled out for the season with 14 games remaining.

“They’re both non-contact, working on their shooting,” Mosley said. “Just basically some touch around the rim and things like that.”

Friday kicked off a six-game homestand — the Magic’s longest of the season. They play the Philadelphia 76ers on Sunday.

“It’s great for these guys to be able to have a home routine,” Mosley said. “Sleeping in their own beds and the practices are huge. It’s going to be great.”