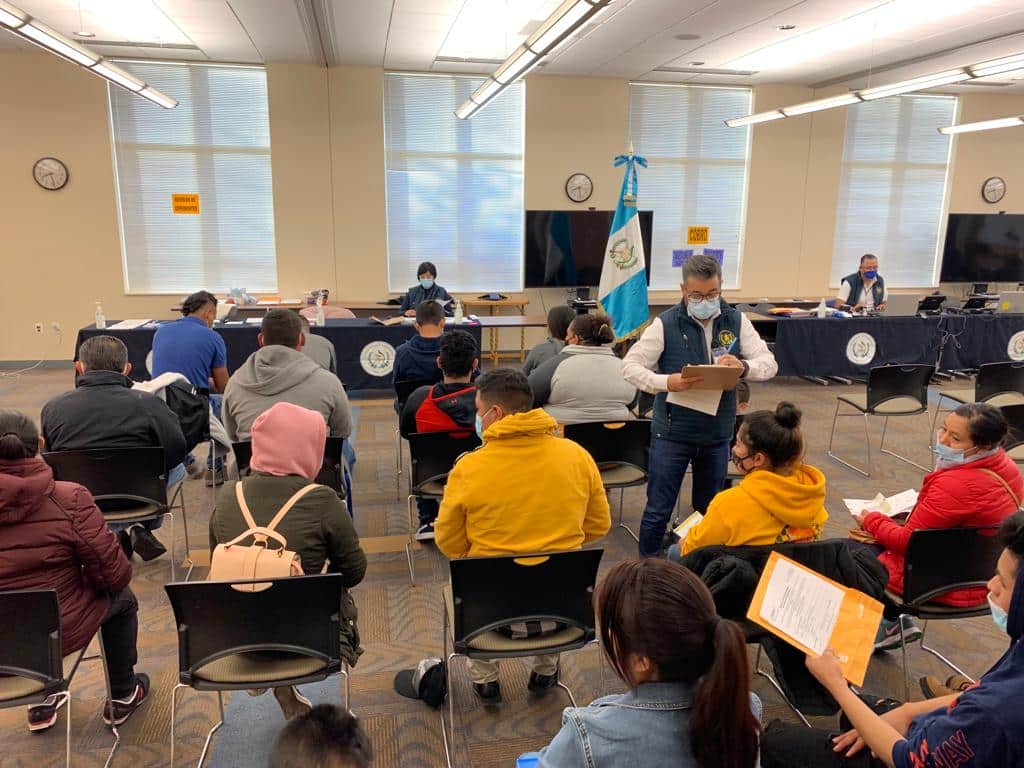 The Ministry of Foreign Affairs (MINEX) announced that it will make available a mobile consulate in Chambersburg, Pennsylvania, USA this weekend; However, Guatemalan migrants pointed to the lack of the National Registry of Persons (RENAP) service, to which the institution responded that this was due to a lack of bidders for the purchase of plane tickets.

According to expatriates in the North American country, despite the announcement by the consular service, unfortunately, as “is always the case,” they warned that Renap would not be present.

Guatemalans in the United States expressed regret at this decision as they indicated that many expected to complete the Personal Identification Document (DPI) procedures, as they already had an appointment.

“The truth is that this is unfortunate so we will not reach anywhere and as always the most affected are the most needy,” said one of the migrants, who described the decision as a loss for Guatemalans abroad.

MINEX says it only provides facilities

On this subject, the Ministry of External Affairs confirmed that as a consulate they provide facilities only when Renap is going to travel. He said that the mobile consulate would be organized, but he should ask the entity why it would not appear.

Regarding the issue, La Hora consulted with Renap’s social communication, to which they replied that they would not travel, as no bidders had been submitted for the air ticket, but that without specifying the dates Services will be rescheduled.