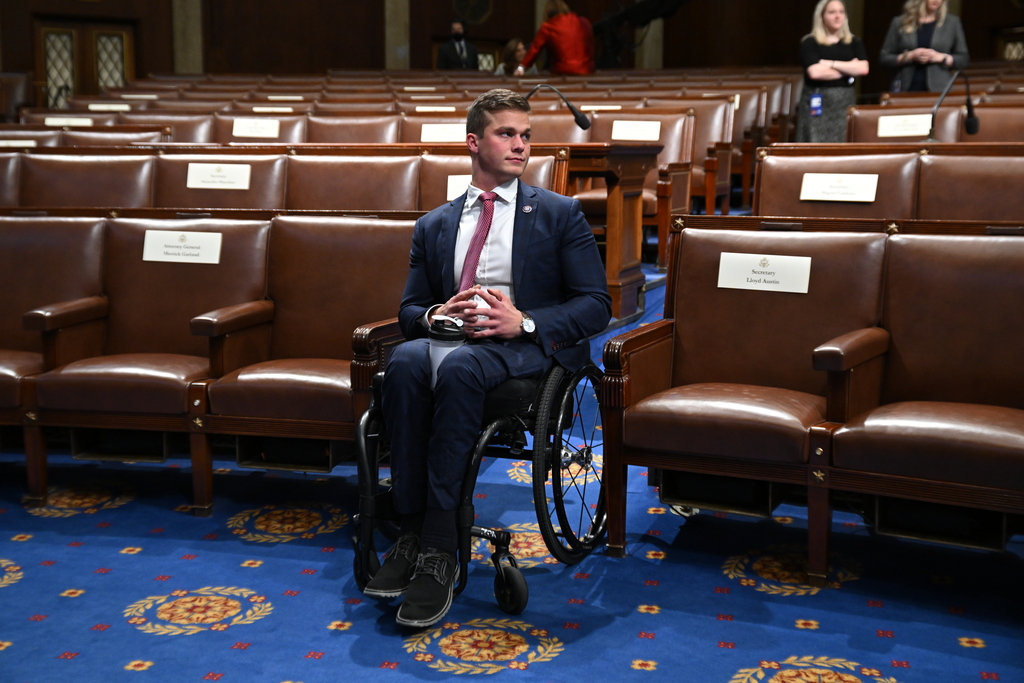 “To my colleague in the House, I would push back and say it’s not Ukraine that is invading Russia,” said Iowa Sen. Joni Ernst. “It is Russia invading Ukraine.”

“Like 90% of the country is with Ukrainians and is opposed to Putin,” added South Carolina Sen. Lindsey Graham. “So when you see a member of Congress say things like this, the one thing I want you to know: they’re outliers.”

“I do not understand how anyone in American public office could call Zelenskyy a ‘thug’ while Ukraine is under such vicious assault,” said Michele Woodhouse.

“Let’s be clear. The thug is Vladimir Putin,” tweeted state Sen. Chuck Edwards. “We must unite as a nation to pray for President Zelenskyy and the brave people of Ukraine who are fighting for their lives and their freedom. Anything less is counter to everything we stand for in America.”

Veteran Republican strategist Karl Rove first reported in the Wall Street Journal that Cawthorn made the comments to a group of supporters in Asheville, North Carolina, last weekend. WRAL, a CNN-affiliated television station in Raleigh, then published a video of Cawthorn making them.

CNN has not independently verified when or where Cawthorn made the comments. After the reports, Cawthorn sought to clarify his views of the conflict on Twitter.

“The actions of Putin and Russia are disgusting,” tweeted Cawthorn. “But leaders, including Zelenskyy, should NOT push misinformation on America.”

“I am praying for Ukraine and the Ukrainian people,” he added. “Pray also we are not drawn into conflict based on foreign leaders pushing misinformation.”

Cawthorn’s office did not respond to multiple requests for comment.