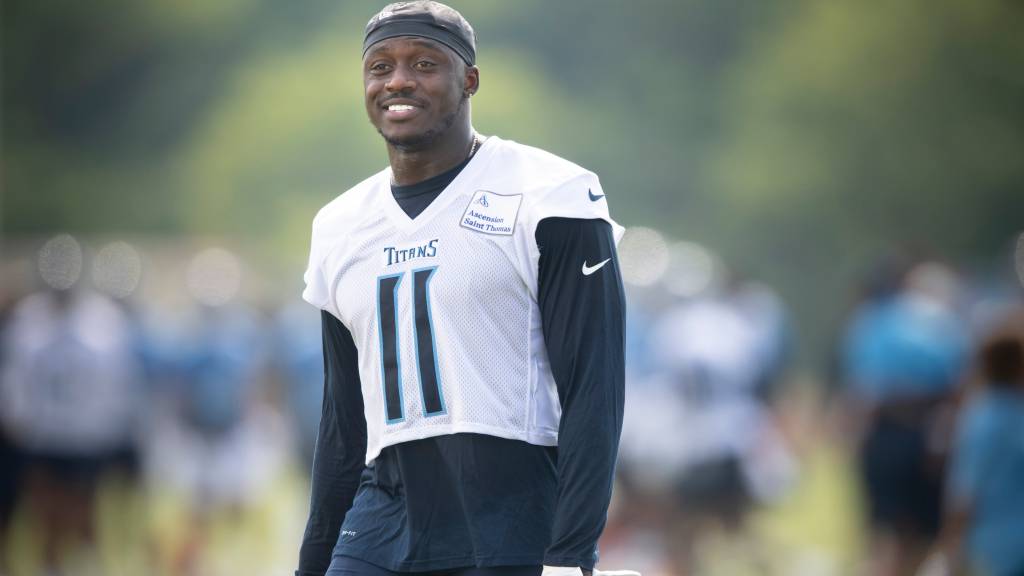 Tennessee Titans wide receiver AJ Brown plans to sit out of the on-field portion of the team’s off-season schedule — which begins Monday, April 18 — until he receives a new contract.

news comes ESPN’s Adam Schefter, which also notes that Brown is not alone. Deebo Samuel of the San Francisco 49ers and Terry McLaurin of the Washington Commanders are expected to do the same.

All drawn in the second round or later, the three wideouts are looking for a new contract at a time when many wide receivers were paid large sums of money this offseason.

Fellow wideouts such as Davante Adams ($28M), Tyrek Hill ($30M) and Stephen Diggs ($24M) all saw new deals that would pay them $24 million or more per season. Even Christian Kirk got $18 million per.

Second-round picks including WR Debo Samuel, AJ Brown and Terry McLaurin are not expected to participate in their teams’ on-field off-season events as they seek new contracts this off-season when WR deals have exploded , per league source.

Tennessee’s off-season schedule begins today, Tuesday in San Francisco. But it is an issue that hangs over these players, their teams and this draft. Teams will have the option to extend the contracts of these players or explore trades for them.

While there has been speculation about the trade due to the contract status with the Browns, Titans general manager John Robinson and head coach Mike Wrabel have made it clear that they are not going to trade Brown.

Tennessee will have to knead the dough to keep him, but they have until 2023, when Brown is scheduled to hit free agency. Spottrack estimates the Ole Miss product could land a deal that pays it $22.7 million a year over four years, and is probably on the low end of what it’s looking for.

Brown is arguably Tennessee’s best playwright and we believe something will be done with him, and hopefully sooner rather than later.