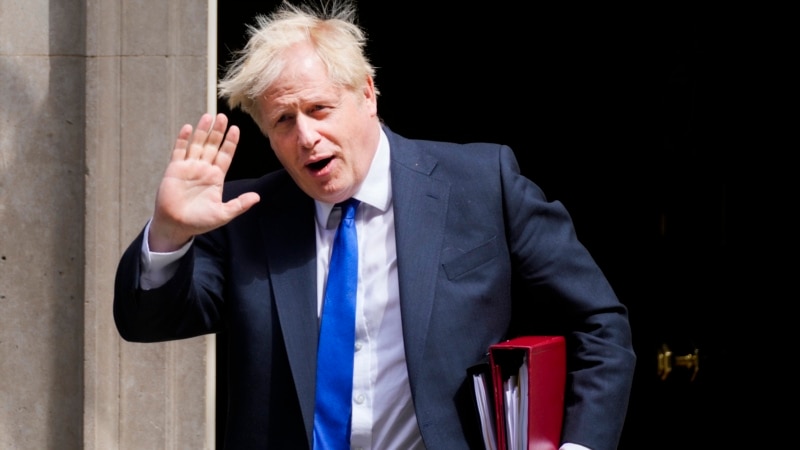 Johnson’s office said he would make a statement to the country.

The development came after several of his cabinet ministers and more than 40 junior ministers and ministerial assistants resigned amid calls for Johnson to resign.

As recently as Wednesday, Johnson was defiant and vowed to remain in office after his government faced several ethical scandals.

Johnson faced a round of tough questions from angry and skeptical lawmakers during the traditional prime minister’s question-and-answer session in Parliament on Wednesday, a day after Finance Minister Rishi Sunak and Health Minister Sajid Javid unexpectedly resigned within minutes of each other.

The two men resigned after Johnson apologized for appointing Conservative lawmaker Chris Pincher to an important party post despite allegations that Pincher touched two men at a private club in London while he was drunk.

Officials at Downing Street no. 10, the prime minister’s official, initially said Johnson did not know about the allegations surrounding Pincher, but later admitted that he had been informed of previous allegations against the legislature in 2019.

In his resignation letter, Sunak wrote that the British public “rightly expects the government to act properly, competently and seriously. I believe these standards are worth fighting for, and that is why I am resigning. ”

Johnson immediately replaced Sunak and Javid with other members of his cabinet. But another cabinet official, Welsh secretary Simon Hart, added his resignation late Wednesday, saying it was past the point where it was possible to “turn the ship around.”

The latest scandal comes just weeks after Johnson survived a no-confidence vote within his Conservative Party after receiving a police fine for violating his own COVID-19 lock-up rules by holding parties at 10 Downing Street.

Some information for this report comes from The Associated Press, Agence France-Presse and Reuters.