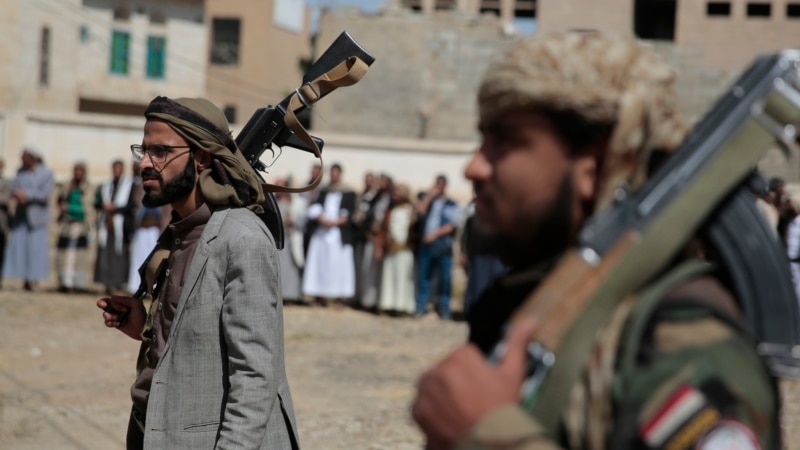 Yemen’s Houthi rebels have detained another official of the long-closed US Embassy there, bringing the number of local ex-US Embassy staffers in the rebel group’s custody to at least 11, according to accounts from Yemeni officials and others.

The Houthis, an Iran-backed group that controls the capital, Sanaa, and much of Yemen’s north, took into custody a former press officer from the US Embassy last week, according to a rights lawyer in Sanaa, Abdel-Majeed Sabra, and a family member of a detainee. The family member spoke on condition of anonymity because of the fear of reprisals.

Sabra said the former embassy press officer was being held in the Houthi-run Security and Intelligence Authority facility. It’s not known whether Houthis have charged the man or any other of the detainees from the US Embassy staff, he said.

Sabra said the latest staffer was detained a month after the rebel group arrested his former deputy at the embassy.

Houthi rebels brought the latest embassy staffer back to his home on Tuesday to search it, and took him away again.

The State Department said in an email to The Associated Press this week that the US government was “unceasing” in efforts to secure the release of the local embassy staffers.

Washington shut down its embassy in Yemen, the Arabian Peninsula’s poorest nation, in 2015, as conflict fractured the country.

Houthis had swept down from their base in the north the year before at a time of mounting political upheaval, seizing the capital and other territory. A military coalition led by Saudi Arabia entered the war in 2015.

Houthis, with increasing support from Iran, have been able to hold off the Saudi-led military coalition. UN and aid agencies call the overall situation in Yemen the world’s worst humanitarian crisis, with millions of Yemenis vulnerable to famine.

The Houthis have rebuffed repeated attempts by the Biden administration to get them into peace talks, and accuse the US of supporting the coalition.

The Houthis seized the headquarters of the US Embassy last October. They detained dozens of former staffers, many of whom were later released.

With the latest detention, at least 11 staffers from the closed embassy remain in Houthi custody, however, according to a security official and a family member of the detainees. The official spoke on condition of anonymity because he was not authorized to speak publicly, and the family member for fear of reprisal.

UN agencies confirmed late last year that the Houthis had also arrested two of their employees in Sanaa in early November. UNESCO and the UN human rights office said no legal grounds were given for their detention.

Both sides in the war in the past have used detainees as leverage in negotiations, including prisoner swaps.

The new detention comes as the Biden administration is considering redesignating the Houthi or individual Houthi leaders as terrorists, a step that carries harsh US government penalties for those doing business with them.

That’s after Houthis stepped up cross-border attacks by drone and missiles on the United Arab Emirates, in the wake of suffering heavy territorial loses in fighting.

The US deepened sanctions Wednesday on what it said was an illlicit, Iran-aligned smuggling network helping to fund the Houthis, but appeared to stop short of the terrorist designation.

Saudi Arabia and the United Arab Emirates are pushing for the terrorist designation. Some Americans and Yemenis argue it could deter Houthis in attacks and help push them into peace talks.

Humanitarian organizations and some Democratic lawmakers say the financial penalties associated with the designation would have minimal impact on isolated Houthi leaders but drive food suppliers and shippers away from the country, risking famine for millions. Twelve Democratic lawmakers wrote Secretary of State Antony Blinken on Wednesday urging against the terror designation.