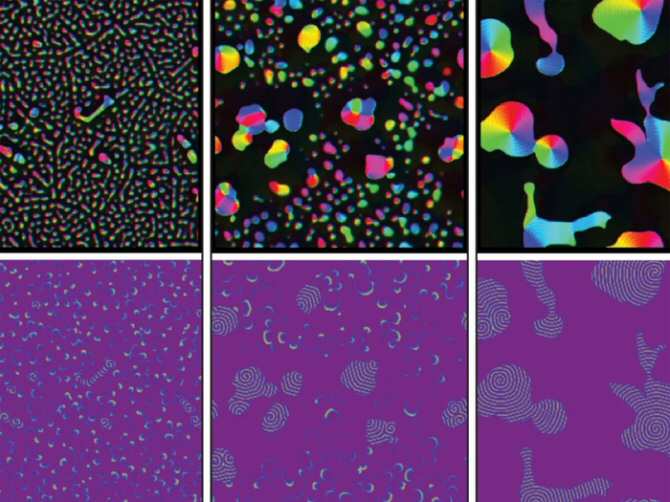 From a distance, they looked like clouds of dust. However, the microrobot swarm in bestselling author Michael Crichton’s “Prey” was self-organizing. He worked with a rudimentary intelligence, learning, evolving, and communicating with himself to become more powerful. Inspired by this science fiction novel, scientists have devised a way for a group of units, individually incapable of sophisticated behavior, to form a complex structure capable of sophisticated behavior, including signal processing capabilities which allow the system to respond to stimuli. and work without outside guidance.

Basically, these tiny robots are self-organizing and possess a collective intelligence as a whole as is the case with groups of some insects such as ants.

The team of Igor Aronson of Pennsylvania State University in the United States and Erwin Frey of the Ludwig-Maximilian University of Munich (LMU) in Germany has produced a digital model that predicts how communication between small self-propelled agents can lead to intelligent collectives. leads to behavior. ,

The concept was described by Aristotle about 2,370 years ago, and can be summarized with the expression “the whole is greater than the sum of its parts”.

Aronson and Frey’s team built their model to mimic the behavior of social amoebas, unicellular organisms that can form complex structures by communicating through chemical signals. They studied one phenomenon in particular: when food is scarce, amoebas release a chemical messenger called cyclic adenosine monophosphate, which prompts the amoebas to congregate in one place and form a multicellular aggregate.

The results of the digital model simulations will have implications for microrobotics and any field where self-structuring from simple building blocks is harnessed. For example, robotics engineers can create swarms of microrobots capable of performing complex tasks such as cleaning an area of ​​contaminants or detecting hazards.

Aronson, Frey and their colleagues report the technical details of their model and the simulations they performed with it under the title “Multi-scale organization in communicating active matter” in the academic journal Nature Communications.