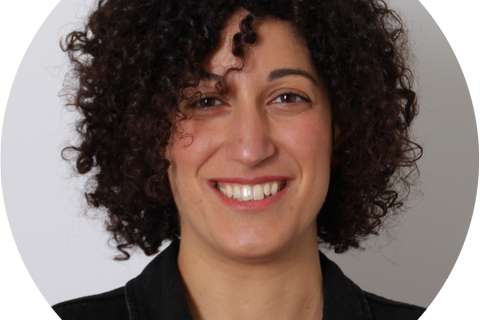 A land of innovation, wealth and breathtaking landscapes – this is the stereotypical image that people abroad usually have of Switzerland. But in scientific research the country has more than one challenge to overcome.

Writes about the impact of new technologies on society: are we aware of the revolution in progress and its consequences? Hobby: free thinking. Habit: asking too many questions.

More from this author | Italian Department

In part, the stereotypes about Switzerland are borne out by data. Switzerland dominates the ranking of the world’s most innovative countries, followed by Sweden, the US and the UK. It has also been in the top three for more than a decade, according to the Global Innovation Index 2021external link compiled by the World Intellectual Property Organization (WIPO).

There is no doubt that Switzerland stands out in terms of resources and innovative capacity, but this does not mean that it does not face any major challenges. One concern female participation in research.

The latest statisticsexternal link show that only 24% of professors in Switzerland are women, despite women making up 44.8% of PhD graduates. Both percentages are below the European average (26% and 48.1% respectively).

Sign up to get this newsletter in your inbox, and stay connected to Swiss science news and trends!

In general, the gap widens if we consider only scientific disciplines, such as computer science and engineering. The science journalist Emiliano Feresin recently addressed this issue in an article and analyzed initiatives launched in Switzerland that aim to close the gender gap in top academic positions.

In fact, women are more likely to drop their academic careers than men are. The phenomenon is known as “leaky pipeline” and is rooted in several issues: difficulty in reconciling academic and family life, gender bias, lack of female role models. In Switzerland, especially, childcare services are scarce and very expensive, and employment in the private sector can be financially much more rewarding, writes Feresin, who adds:

The gender gap in science is a complex problem that affects us all, because how can our society progress when neglecting half of its intelligence for no good reason? This story needs to be told and I want to give the protagonists a voice.

I invite you to read his article:

The federal technology institute ETH Zurich was founded in 1855 and was the second European university to admit womenexternal link into its courses. The first female student at ETH Zurich was Nadezda Smeckaja from Russia, who enrolled in the Mechanical Engineering course in 1871. However, it took more than 25 years before the first woman research assistant was hired in 1897 and almost 40 years before the first woman obtained a doctoral degree.

Obstacles still exist for women who want to pursue an academic career in Switzerland. Sonia Seneviratne, one of the world’s most influential climate scientists, told SWI swissinfo.chexternal link: “The biggest difficulty in Switzerland was the lack of female role models, whom I had come across in the US. They opened up new horizons for me.” Seneviratne is now a professor at the Institute of Atmospheric and Climate Sciences at ETH Zurich.

Far more men have been to space than women. Now the European Space Agency ESA is looking for new staff and is keen on hiring women:

Margarita Chli, who leads the robotic vision lab at ETH Zurich, also told us about her experiences in Cyprus, her native island, the UK (where she graduated) and in Switzerland:

When I came to Switzerland, there were maybe two girls out of a total of 50 students. It’s been ten years since my PhD, and I can’t say I’ve seen much change in the female presence in classrooms. Perhaps this has to do with my path and the move from the UK to Switzerland. If I’m honest, the situation in Switzerland is worse than in the UK in this respect.

So Switzerland is not always top of the class. On the positive side, though, things are improving – in fact, it is among the countries that have a higher percentage of organizations working for gender equality, with measures such as promoting equal working conditions.

Read Also:  Today, the International Space Station was buzzing with research activities as the Expedition 67 team continues to investigate how microgravity affects

If you want to learn more about the stories of some of the brightest minds in Swiss academia, don’t miss our portraits of four women published on the International Day of Women and Girls in Science (February 11):

How does the existing gender gap in science affect society in your opinion? What could or should be done to incentivise the presence of women in research? tell meexternal link your opinions or experiences!

Another major challenge is currently occupying the scientific community: the uncertainty surrounding the €95.5 billion (CHF100 million) European research program Horizon Europeexternal link. Just like the UK after Brexit, Switzerland has been excluded from the European programme, which prevents its scientists from accessing important grants and scientific projects.

The exclusion is a political decision by the European Union, taken after Switzerland broke off negotiations for a framework agreement (the aim was to regulate and update their bilateral relations, since Switzerland is not a member state of the EU).

That’s why the scientific community has launched the Stick to Science campaign. This calls for Switzerland and the UK to be readmitted to the Horizon Europe program as associate countries and for politics to stay out of research so as not to undermine scientific collaboration. “It has never been more important than now, as the world faces serious global challenges […]. Allowing political differences to impede scientific collaboration is contrary to the interests of society at large,” it says on the campaign’s website.external link

More than 3,000 women researchers, including many well-known names, have already signed the appeal. And Swiss Nobel laureate Didier Queloz wrote in an opinion piece for the Financial Times that if politicians continue to exploit participation in Horizon Europe to their own advantage, everyone loses.

“Progress in my own field is impossible without a collective effort, bringing together large research groups with complementary expertise,” he writes. Let’s hope politicians won’t turn a deaf ear.

Do you have comments, remarks or questions about the latest science news? Let’s talk about itexternal link over a (virtual) coffee.

In compliance with the JTI standards

Six-year-old killed in fire at home in North Brisbane

Somi Ali is looking for true love even at the age of 40, she used to sprinkle life on Salman