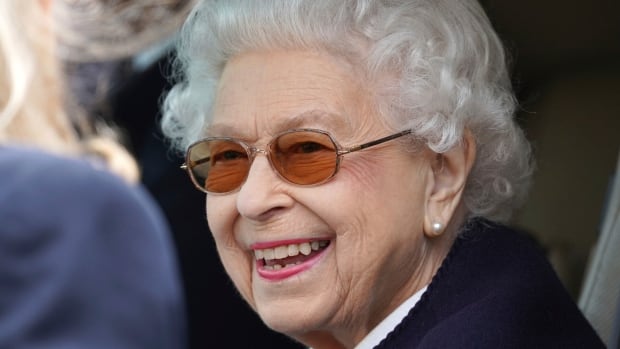 Now that residential school survivors have an initial apology from Pope Francis for the conduct of some Catholics at the facilities, president of the Métis National Council Cassidy Caron says the Queen should be the next to apologize.

Following a suggestion from a Métis residential school survivor, Caron is calling on Queen Elizabeth II, as Canada’s head of state and leader of the Anglican Church, to apologize for the operation of residential schools and pay reparations to survivors.

“There’s so much healing that is needed,” Caron said.

“We need basic human necessities in our communities and it stems from colonization. It stems from assimilation and some financial reparations are absolutely helpful in helping us move forward.”

Caron said she plans to deliver that message when she meets Prince Charles and his wife Camilla, the Duchess of Cornwall, at Rideau Hall this week during their Canadian tour.

Mary Simon, Canada’s first Indigenous Governor General, called the visit a chance to “showcase the evolution of our country, our diverse and inclusive society, as well as the resilience of Indigenous communities.”

Many First Nations signed treaties with the Crown that made promises — such as pledges to share resources — that the Crown later violated.

Queen must own up to broken promises, survivors say

“The Queen is also a treaty member and she has an obligation to live up to the agreement,” said Paul Andrew, who survived the notorious residential school Grollier Hall in Inuvik, NWT

“Through reconciliation, they can right the wrongs.”

Andrew said that means the Queen should ensure there are no more land surrenders and Indigenous rights are respected.

“An apology would be good, but I think it is much more important that we see the kind of action that is needed,” said Andrew, who is the former chief of Tulita, located 614 km northwest of Yellowknife.

“We’re demanding a new relationship … The ball is in their court.”

The Anglican Church ran 36 residential schools — the most of any religious denomination apart from the Roman Catholic Church — and operated more than 150 Indian day schools between 1820 and 1969.

Piita Irniq, a former commissioner of Nunavut, said he wants Charles and Camilla to learn about the Indigenous cultures residential schools tried to destroy.

“They should also apologize sincerely for the loss of our very Indigenous being,” said Irniq, who survived Sir Joseph Bernier Federal Day School in Chesterfield Inlet, 1,095 km west of Iqaluit.

“That would be a really good thing to do, also for healing and reconciliation between Anglicans, as well as the Royal people.”

On their first stop in St. John’s on Tuesday, Charles and Camilla will pay tribute to Indigenous children who died at residential schools during a visit to the Heart Garden at Government House.

Irniq said the couple should share what they learn with the Queen.

“They’ve done almost the same thing as the Roman Catholic Church in terms of loss of culture, loss of language, loss of traditional spirituality.”

The Canadian royal visit comes on the heels of a tour by Prince William and Kate, Duchess of Cambridge, to Belize, Jamaica and the Bahamas in February. That tour drew protests and public demands for slavery reparations.

Jamaican Prime Minister Andrew Holness unexpectedly announced his country’s plans to cut ties with the monarchy and become a republic, following the lead of Barbados.

Murray Sinclair, former chair of the Truth and Reconciliation Commissioner, said efforts to extract an apology from the Royal Family to account for what a government did might change little and could complicate the issue.

“It would bring them unnecessarily into the area of ​​politics and then we’re getting into a whole different controversy,” Sinclair said.

“It will just detract from and distract us from the very important conversation we need to have about what can we do to change the way that we are, the relationships that we have.”

‘The acknowledgment, then the apology’

Garth Wallbridge, a Métis lawyer who worked on the Royal Commission on Aboriginal Peoples, said Charles and Camilla should at the very least acknowledge the harm caused by residential schools and colonization.

“Once an acknowledgment comes out along the lines of, ‘The Royal Family was involved in all of this … and we’re sorry,’ that would be fine,” said Wallbridge, who practices law in the Northwest Territories and Nunavut.

“But there’s got to be the acknowledgment, then the apology.”

The Archbishop of Canterbury recently apologized in Canada for the role the Anglican Church played in residential schools.

“I am sorry that the church belittled your spirituality, denigrated and undermined your culture and tradition, and above all your language,” Justin Welby said in Prince Albert, Sask., 142 km northeast of Saskatoon.

After witnessing the apology, Brian Hardlotte, grand chief of the Prince Albert Grand Council, said the Queen should complete the apology for the Anglican Church.

“That’s something that I would personally as a leader and a survivor would like to see,” he said.