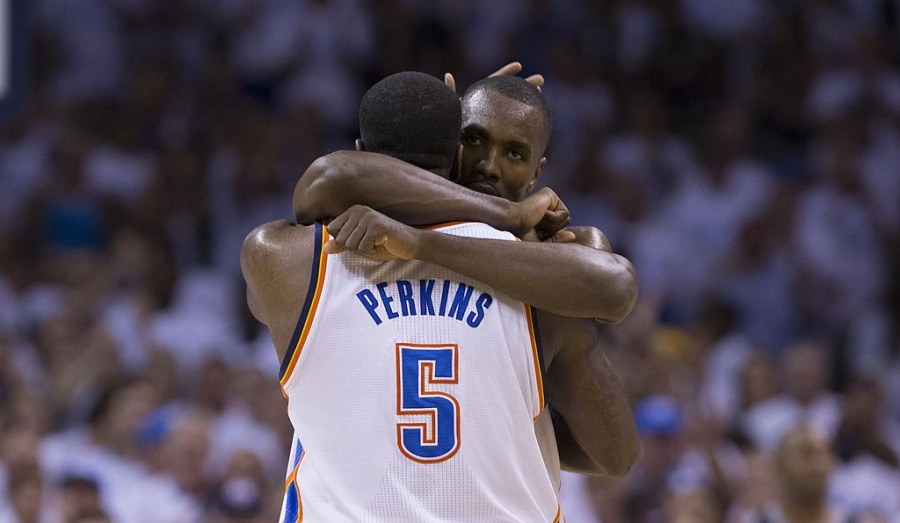 kendrick perkins coincided with Serge Ibaka a decade ago in Oklahoma. The center, who is currently an ESPN analyst, recently made a comment about the age of Congolese people at the time, assuring that “Ibaka was over 22 when OKC reached the NBA Finals. “

Ibaka didn’t take long to respond to them on Twitter, with a poignant thread that we translate here:

Hi Kendrick Perkins, I don’t usually respond to comments about myself. But it’s disappointing to hear that someone shares a locker room with someone spreading misinformation just to be relevant and get views on TV and social media.

You can talk about my game. If I don’t play well, it will never bother me. But talking too much for no reason is really unacceptable. It’s insulting to me and I think it’s insulting to many Africans who have to live with such baseless accusations. If I was 30 in OKC, I guess I’m 45 now? The truth is, I have never lied about my age and I work very hard every day without cheating and have never been suspended. Everyone in the league knows it. You cheated and disrespected the game.

Although I am disappointed, I am not surprised to see these antics of someone who got a job by breaking the dress code and spreading lies about two of his former teammates and brothers like KD and Russ. When KD had a bad match, you criticized him behind his back, and Russ criticized him too. You weren’t the leader of the locker room, and then you kept doing the same thing in the media.

I understand that everyone should do their job and take care of their family, but you are living proof that not everyone knows how to do it with class and dignity. I have a lot more to say about you, but I’m not that kind of person. You went too far this time.

After Ibaka’s viral reaction, Perkins picked up the cable, assuring him that “it was a joke.”

Oho @sergeibaka My bad homie if I have offended you. It was a joke! My bad if this makes you feel any kind of way!!! sorry my brother https://t.co/n1SCzEnQL1

At 33, Ibaka is averaging 4.1 points and 2.8 rebounds for the Milwaukee Bucks, where he is expected to play a big role in the playoffs. After playing in the NBA with the Raptors in 2019, Surge is looking for his second ring in the NBA.